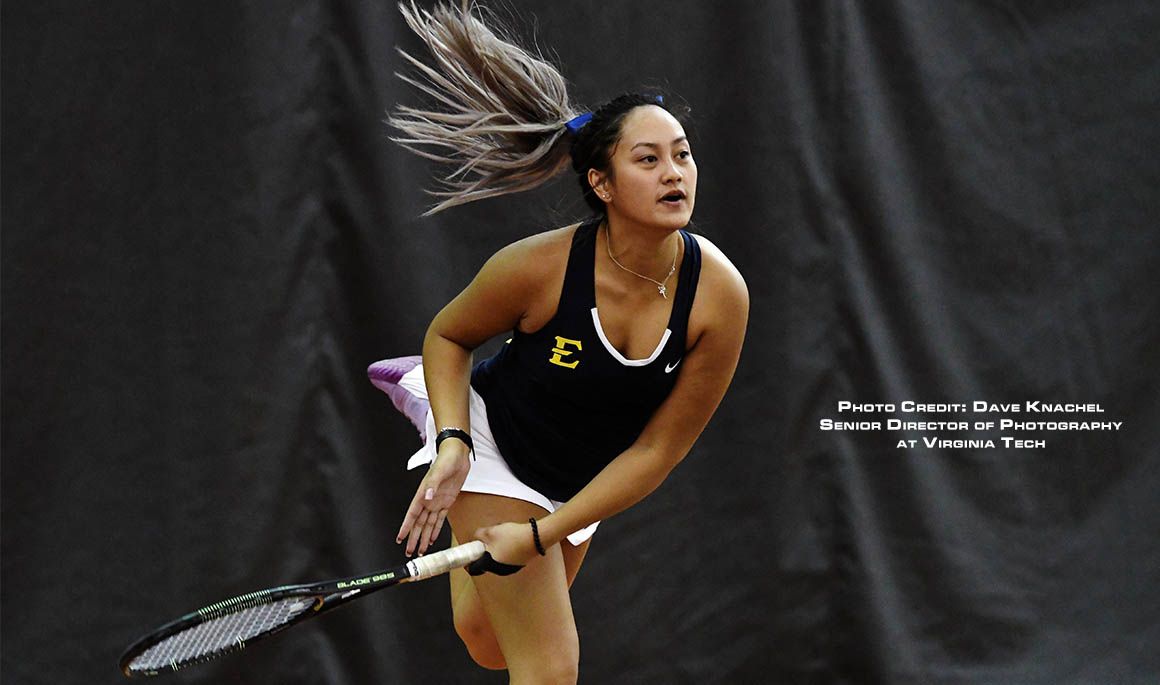 JOHNSON CITY, Tenn. (Jan. 31, 2017) – The ETSU women’s tennis team will host its first home match of the year on February 1 at Dave Mullins Tennis Complex, and following the home opener, the Bucs will travel to Lynchburg, Va. for a dual match with Liberty on February 4.

After her 3-1 performance to open the season, Marina Guinart (Castellar Del Valles, Spain) was tabbed the SoCon Student-Athlete of the Week. The Spain native started the season 2-0 in singles play with wins over Elena Cerezo-Codina of Virginia Tech and Hannah Seizer of Troy. Since starting at ETSU last year, Guinart is an impressive 21-0 including going 19-0 during her rookie season.

Yi Chi Ma (Kaohsiung, Taiwan) and Alory Pereira (Sao Paulo, Brazil) are the only undefeated Buccaneers in doubles tennis as the duo sports a 2-0 record. Playing out of the No. 2 slot, Ma and Pereira have defeated both Virginia Tech and Troy by a score of 6-4.

Ioanna Markesini (Athens, Greece) is the lone nationally ranked Buccaneer (No. 95) in singles tennis. The junior is 1-1 in singles matches while playing out of the No. 1 position. She has teamed up with Guinart in doubles tennis, and the tandem have posted a 1-1 record in the early part of the season.

Tusculum is 2-0 early in the season with wins over UVa-Wise and King. The Pioneers have many players on the team that have seen action this season. Nine players have already seen at least one match this season.

Liberty has a young roster with five players being freshmen and sophomores. On that roster, Evangeline Crist (junior) and Anna Dollar (sophomore) were tabbed as the No. 7 doubles tandem in the Atlantic Region at the beginning of the new year.

The Flames will open their spring schedule at home on February 1 against Big South foe Longwood before hosting ETSU on February 4.