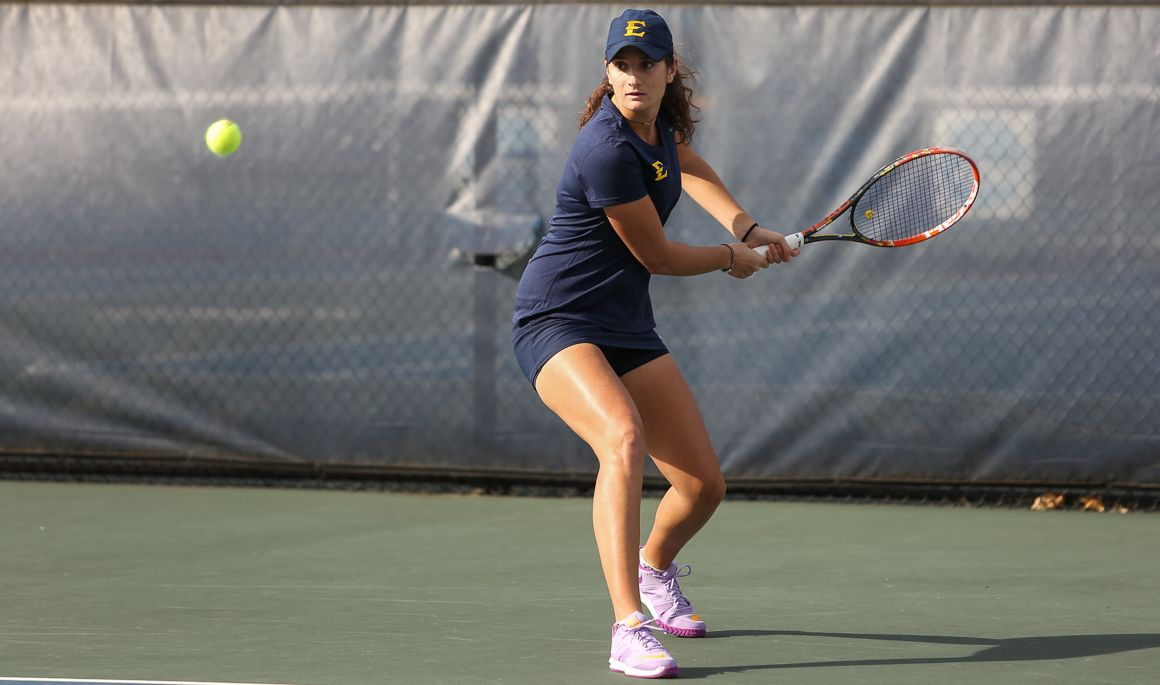 To open the head-to-head match, Ioanna Markesini (Athens, Greece) and Marina Guinart (Castellar Del Valles, Spain) handed Tusculum’s first doubles loss of the season with a dominating 6-2 victory. The duo watched on the court next to them to see Alory Pereira (Sao Paulo, Brazil) and Yi Chi Ma (Kaohsiung, Taiwan) battling with Africa Mota and Brittani Brooks in the No. 2 slot. The ETSU tandem was up 5-4 when Markesini and Guinart earned the win, but shortly after, Pereira and Ma defeated Tusculum 6-4 to claim the doubles point for the Blue and Gold. Ma and Pereira are still undefeated in doubles competition at 3-0 this season.

After a short break, both ETSU and Tusculum hit the courts to fight over singles play. Four of the six matches for ETSU were won in straight sets including an impressive 6-1, 6-0 victory by Melissa Esguerra (Derrimutt, Australia).

Ma worked quickly out of the No. 5 slot as she upended Brittani Brooks of Tusculum 6-1, 6-2.

No. 95 Markesini claimed a 6-2, 6-2 sweep as she gets back into the win column. The Greece native is currently 2-1 in singles play.

Guinart is the lone Buccaneer that is undefeated in singles play this season (3-0). Franziska Funke pushed the sophomore to her limits, but the Spain native continued her perfect singles record to 22-0.

Jayde Viccars (Glen Waverly, Australia) picked up her first win of the season in singles competition as she swept Amber Lackey 7-6, 6-2 in the No. 6 slot.

The Bucs (2-1) will hit the road on Saturday as they take on Liberty in a non-conference matchup. The match is set for 10 a.m. in Lynchburg, Va.