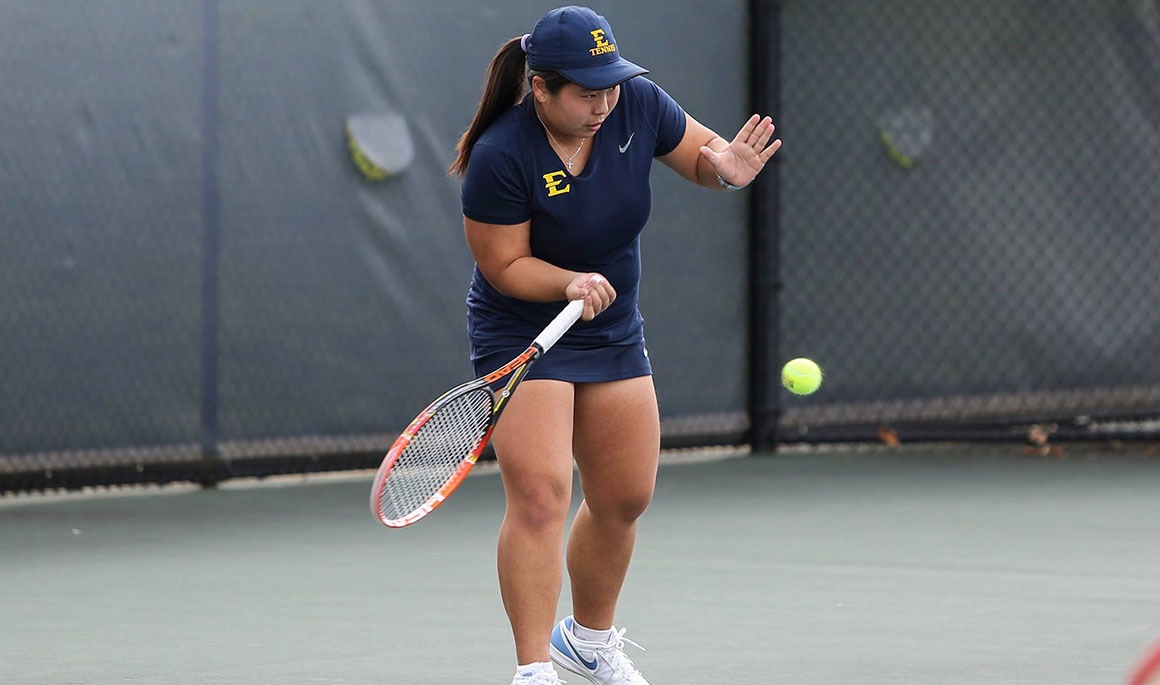 Marina Guinart (Castellar del Valles, Spain) has been one of the shining spots for the ETSU women’s tennis team this year as she is the only unbeaten player remaining in singles tennis. She is 5-0 this year including a victory over a regionally ranked player in Blacksburg a couple weeks ago. Since her freshman season last year, Guinart is a perfect 24-0 while in the Blue and Gold.

Also starting the season hot, Ioanna Markesini (Athens, Greece) is the line Buccaneer that is ranked in singles tennis this year. In the most recent rankings, she was ranked No. 105. Between doubles and singles play, the Greece native is 6-4 this season including a 1-1 record against regionally ranked doubles teams.

Doubles tandem Yi Chi Ma (Kaohsiung, Taiwan) and Alory Pereira (Sao Paulo, Brazil) suffered their first loss last weekend at NC State as they were defeated 6-2. However, the duo remains the best tandem, record-wise, on the team at 4-1.

Murray State started its season with back-to-back losses, but the Racers have bounced back with two wins in the previous three dual matches. They won their last match over Southern Illinois, which was just under a week ago.

Just five days ago, the Ohio Valley Conference tabbed Claire Chang to the All-OVC preseason team. Chang joins the Racers as a freshman and has taken sole responsibility in the No. 1 singles spot. This season, she is 6-5 in singles play including going 2-1 in dual matches.

The only undefeated singles player in dual matches this season for Murray State is Amina Gadzic. She is 3-0 this year including going 2-0 in the No. 3 slot.

The Racers have three undefeated doubles teams this year with all three going a combined 6-0 against opponents. Sara Bjork and Jeanee Masson lead the surge for Murray State in doubles competition as they are 3-0 including posting a 2-0 record in the No. 2 position.