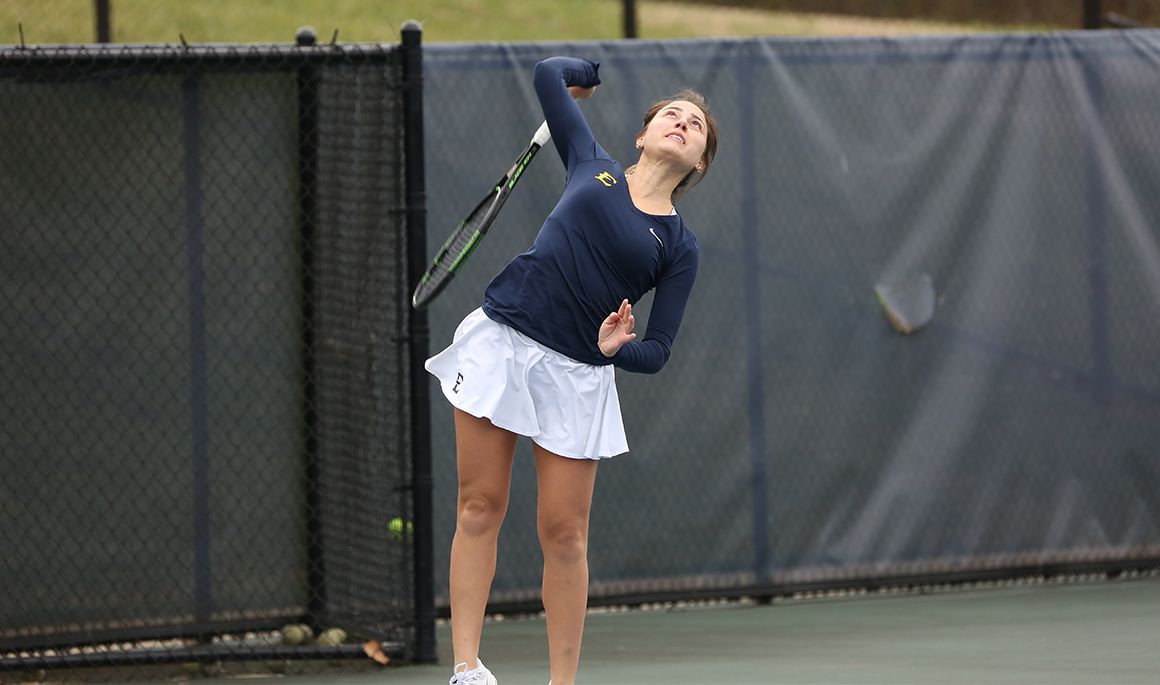 With over a full year of playing for ETSU women’s tennis, Marina Guinart (Castellar Del Valles, Spain) has yet to lose a match. The sophomore has won 25 consecutive matches for the Bucs dating to last season. Guinart is a perfect 6-0 this season as she has played solely out of the No. 2 positon for the Blue and Gold.

In the latest Intercollegiate Tennis Rankings, Ioanna Markesini (Athens, Greece) moved for a tie for 123rd in the country, and she is tied with Arina Talyenko of Georgia State. Out of the No. 1 slot in singles, Markesini is 3-2 on the year including a loss coming against a nationally ranked foe.

Doubles tennis has been one of the strong points this season for ETSU as the No. 1 and 2 position tandems have combined for a 9-3 record. Yi Chi Ma (Kaohsiung, Taiwan) and Alory Pereira (Sao Paulo, Brazil) lead the charge in the second slot with a 5-1 record. Markesini and Guinart have played solely in the No. 1 slot and have posted a 4-2 record including a loss against a nationally ranked doubles team.

Winthrop comes in with a 6-2 record this season after winning three straight matches. The 2016 Big South Champions have begun their Big South Conference play as they defeated Longwood, Presbyterian and Gardner-Webb. The team is 4-1 on the season at home including two straight home victories.

The top three Eagles have posted a combined 21-3 record this season including an unblemished 9-0 record in the Big South in singles. Lauren Proctor plays in the No. 1 slot, and Alisa Soloveva and Catilin Cridland follow in the two and three positions, respectively, for Winthrop. The trio are currently each on a seven game win streak in singles play.

In doubles, the No.1 and No. 2 slots have posted a 12-4 record this season. Cridland and Soloveva are 6-2 in doubles play and have won four straight matches for the Eagles.

Soloveva is coming off a Big South Freshman of the Week performance as she went 4-0 in doubles and singles play.