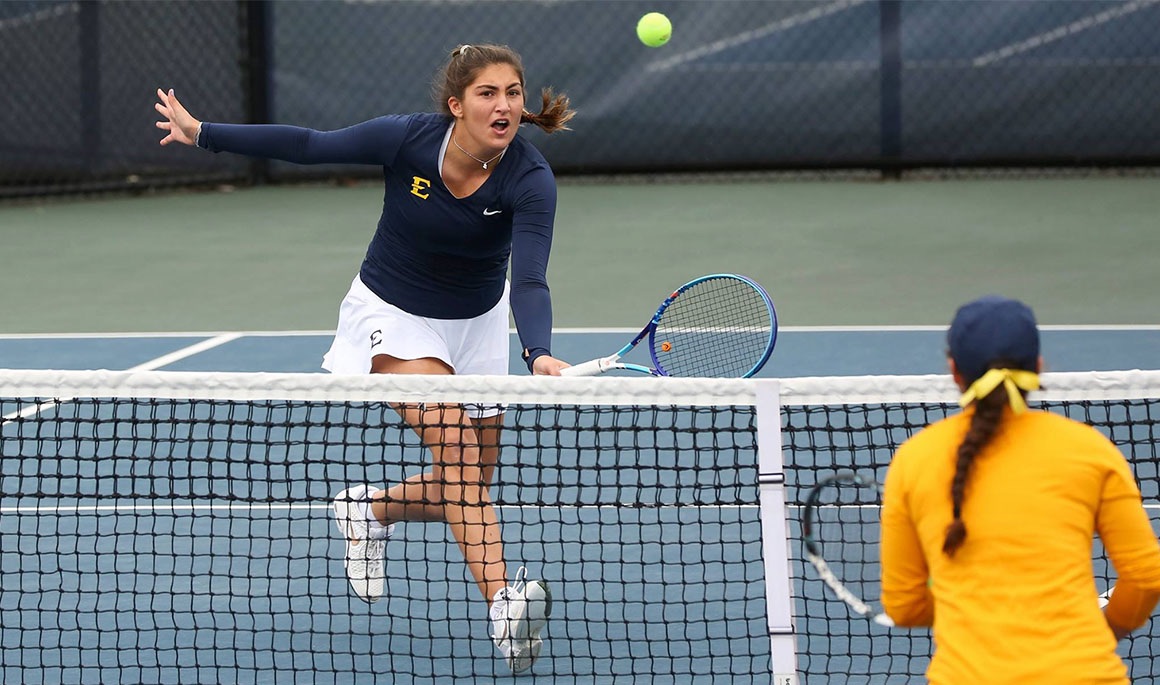 JOHNSON CITY, Tenn. (Feb. 25, 2017) – The ETSU women’s tennis team nearly completed the comeback against No. 56 Winthrop Friday afternoon but losing in the doubles competition proved pivotal as the Bucs slipped on the road, 4-3, in Rock Hill, S.C.

Winthrop worked quickly at the Memorial Courts on Friday as the Eagles swept the first two matches in doubles to take the soon-to-be pivotal point in the match.

ETSU’s top three players easily defeated the Winthrop players in singles play. Marina Guinart (Castellar Del Valles, Spain) and Alory Pereira (Sao Paulo, Brazil) each won their respective matches as the pair won in straight sets. Guinart defeated Alisa Soloveva – who was recently named the Big South freshman of the week – 6-3, 6-0. The victory for Guinart has extended her singles winning streak to 26 matches while at ETSU. Pereira upended Caitlin Cridland 6-4, 6-1, and Pereira is now 3-3 on the year playing solely out of the No. 3 slot.

Ioanna Markesini (Athens, Greece) and Winthrop’s Lauren Proctor had to go into a third set to decide a winner. Markesini won the first set 6-3, but Proctor took the second set 6-1 to force a final set. However, Markesini pulled out another 6-3 victory to make her 4-2 on the season.

With the Bucs just one point away from victory, Winthrop earned the final match point to go on to win the dual match 4-3 against the Bucs.

ETSU will continue its road swing with a trip to Georgia State on March 3. The start time is scheduled for 4 p.m. in Atlanta, Ga.