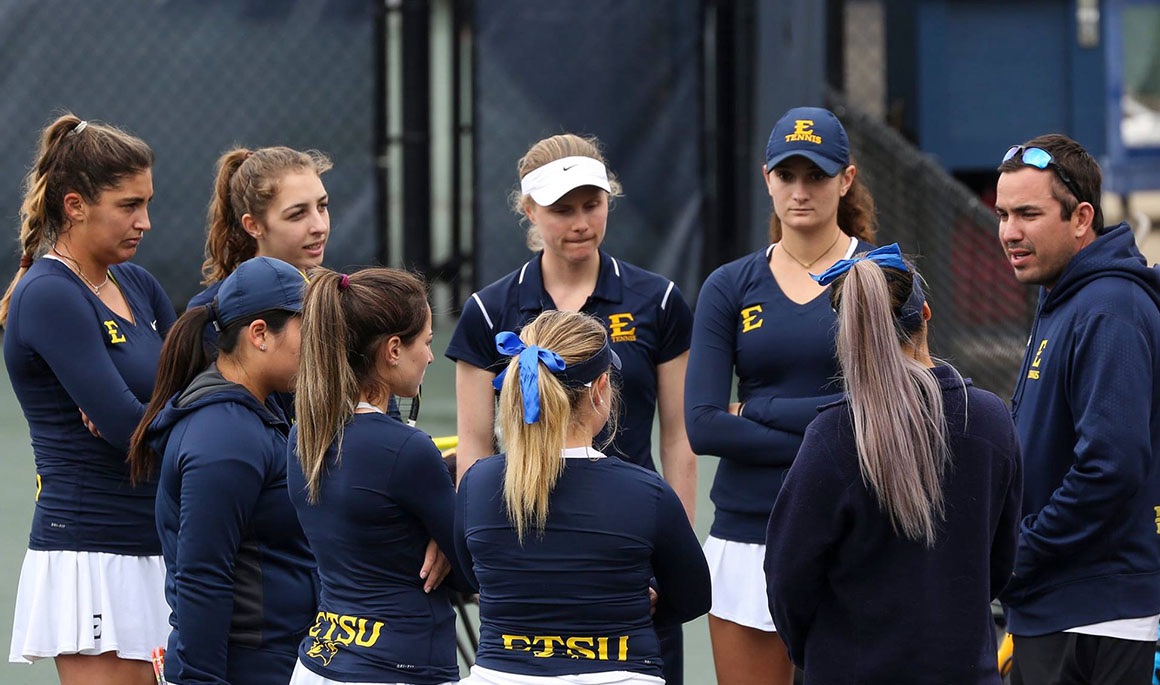 JOHNSON CITY, Tenn. (March 2, 2017) – In the midst of its longest non-conference road trip of the season, the ETSU women’s tennis team will conclude that stretch this weekend with a pair of matches at Georgia State and Savannah State.

Ioanna Markesini (Greece, Athens) and Marina Guinart (Castellar Del Valles, Spain) have shined this season for the Blue and Gold as they have combined for a 16-4 record between singles and doubles tennis. As a team, Markesini and Guinart are 5-2 in doubles tennis including going 1-1 against regionally ranked opponents. The duo is currently on a two-game win streak in doubles tennis.

Guinart is a perfect 7-0 in singles matches this season and has an unblemished 26-0 record while at ETSU. Markesini is ranked No. 123 in the country while she sports a 4-2 record in singles this year.

Also playing well in doubles tennis for the Bucs is Yi Chi Ma (Kaohsiung, Taiwan) and Alory Pereira (Sao Paulo, Brazil). The tandem is 5-2 on the season playing solely out of the No. 2 slot for the Blue and Gold.

Last season Georgia State went 15-6 overall including a 4-0 record in the Sun Belt Conference. The Panthers ran through the conference tournament without a blemish as they swept the first two teams 4-0 and defeated South Alabama in the championship 4-2 to claim the team title.

The team traveled to the Gainesville, Fla. region as they faced off with No. 25 Syracuse in the NCAA Tournament. GSU nearly pulled off the upset as the team narrowly lost 4-3.

Georgia State is currently 4-4 on the season. The Panthers started their season losing three straight matches, but they have regained momentum lately, as they are winners of four in the last five matches including a 4-3 victory at Louisville.

The Tigers are 0-9 this season as Savannah State has squared off against three Southern Conference teams – Western Carolina, Wofford and Mercer. All three of those matches were on the road, but the Bucs will be the first SoCon team to travel to Savannah to face off against Savannah State University this season.

The team nearly picked up its first win on the season a week ago as the Tigers hosted North Carolina A&T, but Savannah State University fell 4-2 in the Mid-Eastern Athletic Conference matchup.