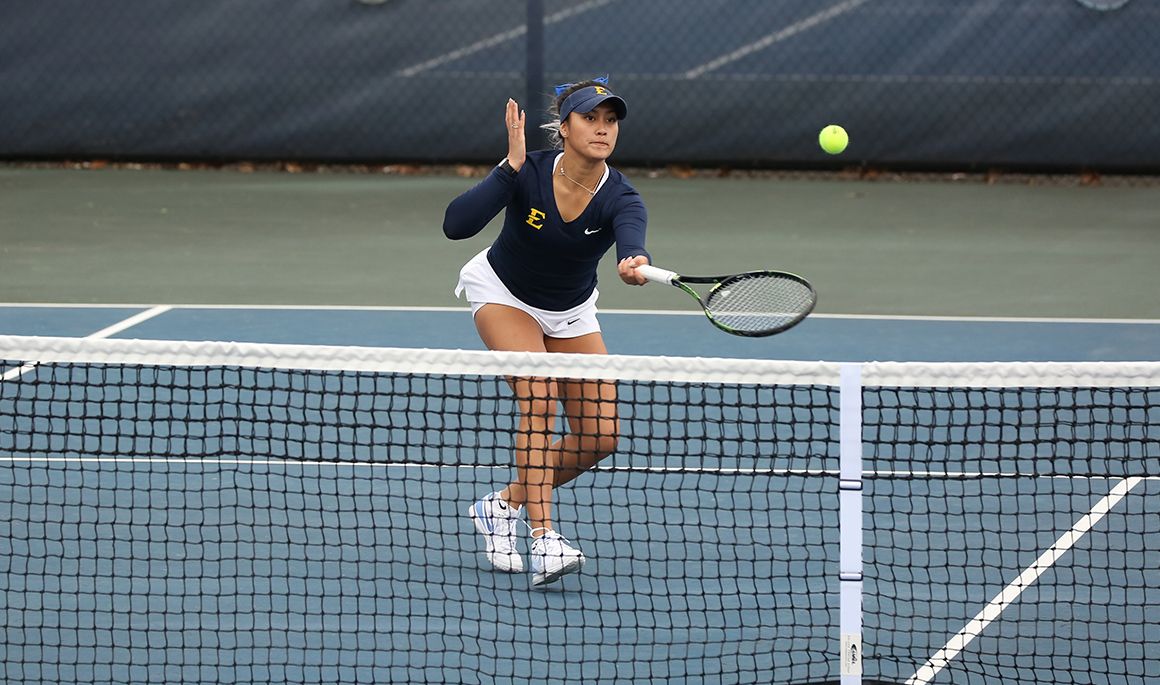 ATLANTA, Ga. (March 3, 2017) – In the second game of a three-game road swing, the ETSU women’s tennis team picked up a big road win versus Georgia State as the Bucs earned a 4-3 victory in Atlanta, Ga. on Friday afternoon.

The Bucs started early in doubles play as they won two out of the three matches to earn the doubles point. Melissa Esguerra (Derrimutt, Australia) and Jayde Viccars (Glen Waverly, Australia) earned their first doubles win of the season as they upended Daniela Ramirez and Anastasia Grosheva 6-4 in the No. 3 slot. Also improving their doubles record was Alory Pereira (Sao Paul, Brazil) and Yi Chi Ma (Kaohsiung, Taiwan) as the tandem are now 6-2 on the year after defeating Damira Mumunovic and Kristin Rehse 6-4.

Georgia State snuck out a doubles win, but ETSU won the doubles point as the Bucs went into singles play with a 1-0 advantage.

The Panthers eventually evened the game up in the third singles match as they took two away from the Bucs. Pereira went undefeated on the day as she took a straight-set victory (6-0, 6-4) to knot the head-to-head match at 2-2 for ETSU.

Despite winning the final singles match, GSU was no match for ETSU as the next two Buccaneers claimed their singles matches to earn the narrow 4-3 win.

Marina Guinart (Castellar del Valles, Spain) continued her success at ETSU as she earned a three-set win to make it 27 straight wins in singles play. Also earning a win in singles was Esguerra as she took her opponent into three sets. She won the match by taking the first and third sets against Lara Vovk.

“This was a great win over a team that finished in the top-50 last year,” said head coach Ricardo Rojas. “It was collectively our best effort all year long, and I am very proud of our girls.”

ETSU moves to 4-4 on the season, and Georgia State falls to 4-5. The Bucs will take a day off as they head to Savannah, Ga. to face off against Savannah State University on Sunday.