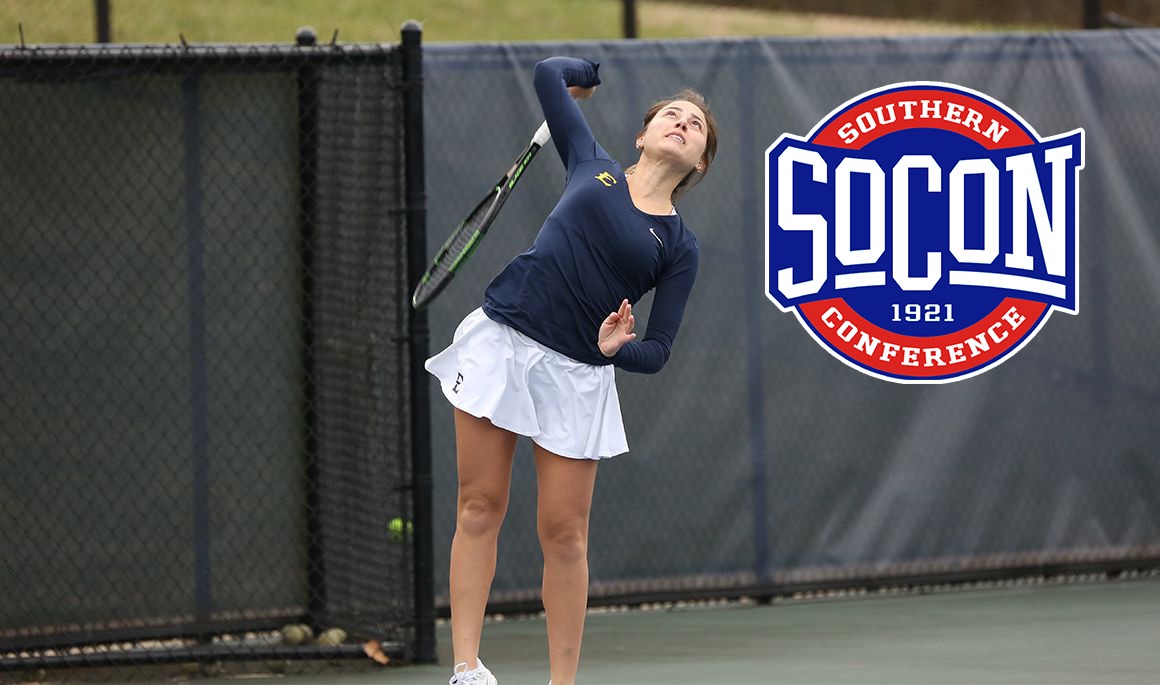 SPARTANBURG, S.C. (March 8, 2017) – After leading the Bucs to an undefeated road trip, junior Alory Pereira (Sao Paulo, Brazil) was named Southern Conference player of the week as she led the ETSU women’s tennis team to 2-0 week at Georgia State and Savannah State.

In Atlanta, Pereira won both matches in doubles and singles as she won singles in straight sets.

Yi Chi Ma (Kaohsiung, Taiwan) and Pereira started the match against Georgia State with a 6-4 victory over Kristin Rehse and Damira Mumunovic. After taking the doubles match, the Brazil native took home a commanding 6-0, 6-4 win over Daniela Ramirez of Georgia State.

Following her 2-0 performance at GSU, she extended that stretch as she and Ma upended Savannah State’s Jennyfer Vivas and Rachida el Kateb 6-2. She capped off her player of the week performance by downing el Kateb 6-1, 6-0 in the No. 2 singles position.

Pereira has won five straight matches between doubles and singles play including three straight victories in singles. She moves to 5-3 in singles this year, and her and Ma now lead the Bucs with an impressive 7-2 doubles record.

Pereira and the Bucs will head back to the courts on March 17 as they open SoCon play. ETSU will play host to in-state rival Tennessee-Chattanooga with first serve set for 1 p.m. at the Dave Mullins Tennis Complex.