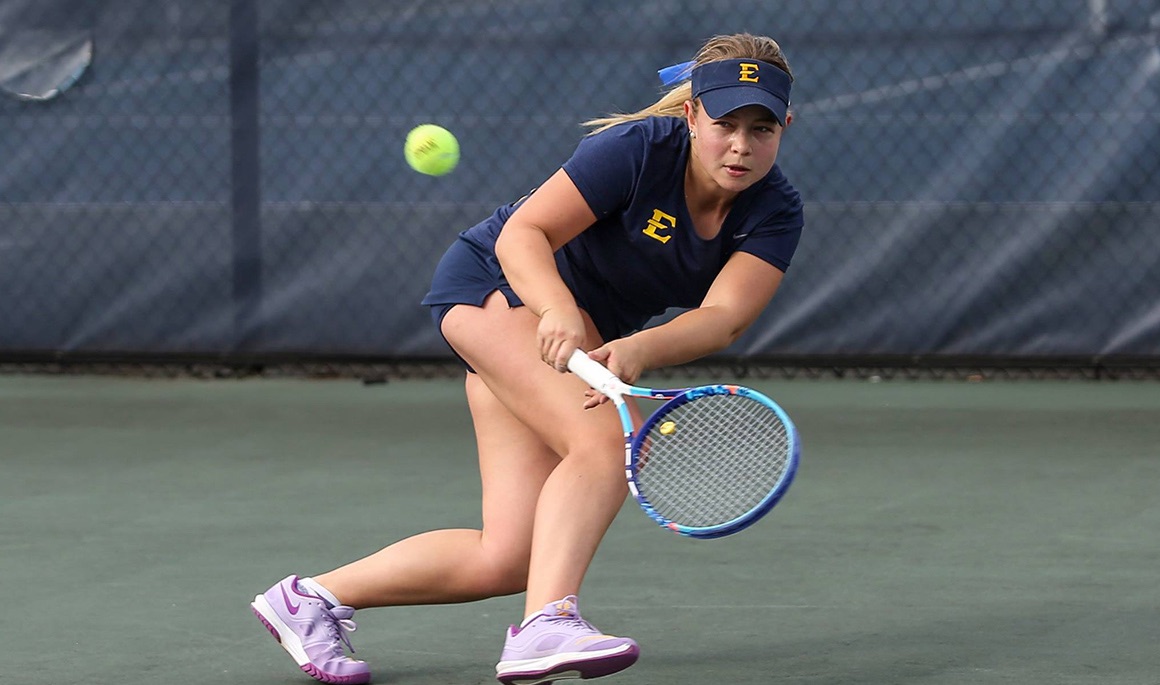 BRISTOL, Tenn. (March 17, 2017) – In a shortened match due to time constrictions at the Bristol Racquet Club, the ETSU women’s tennis team defeated Tennessee-Chattanooga 4-2 for its first Southern Conference win of the season on Friday.

Since no doubles matches were played in ETSU’s SoCon opener, the Bucs and Mocs had to fight the match out in six singles matches. ETSU came out victorious as the team won four of the singles matches.

UTC came roaring back as the Mocs took the next two singles matches in straight sets to even the dual match at 2-2.

However, ETSU’s Alory Pereira (Sao Paulo, Brazil) and Jayde Viccars (Glen Waverly, Australia) sealed the team win as the duo each won in three sets. Pereira moves to 6-2 on the year in her first year with the Blue and Gold, and Viccars advances to 3-3 during her junior season.

"It was a great effort by our girls. I am very proud of how they carried themselves today as a team," said head coach Ricky Rojas. "Kudos to Jayde for coming back and clinching the win!"

The Bucs will continue its SoCon schedule as they travel to Western Carolina on March 19 for a 1 p.m. first serve.