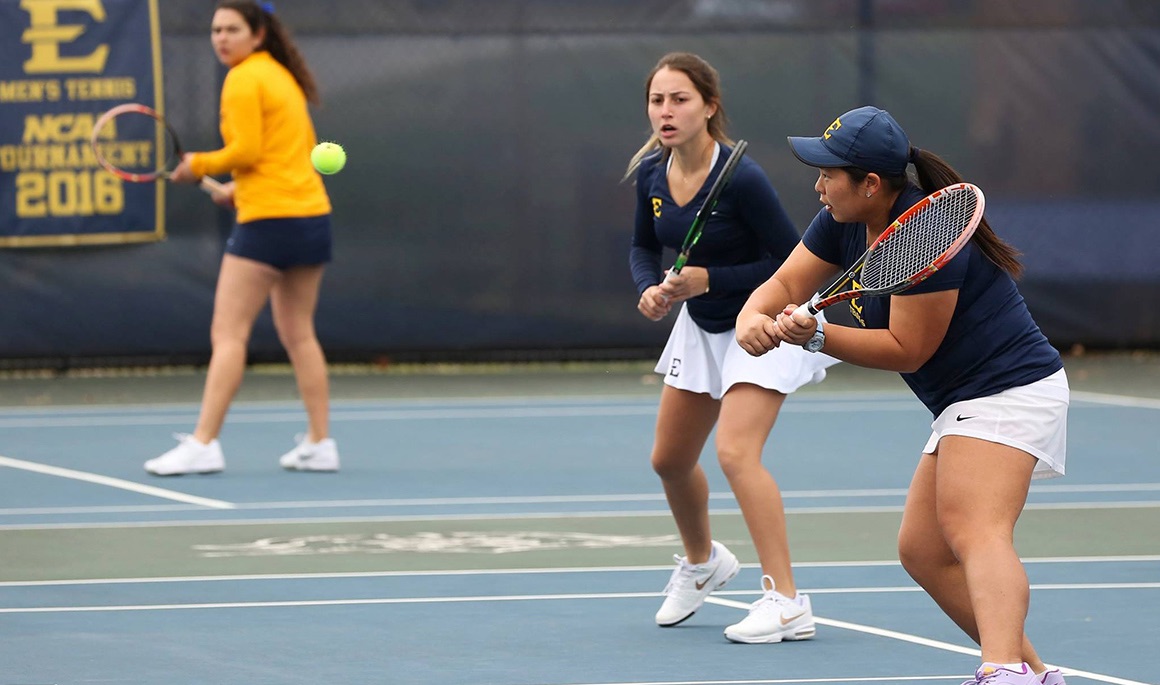 CULLOWHEE, N.C. (March 19, 2017) – The ETSU women’s tennis team continued its dominance on Sunday as the Bucs rolled past Western Carolina in Cullowhee, N.C. 7-0 to advance their win streak to four matches.

ETSU – winner’s of back-to-back SoCon games – cruised past the Catamounts 7-0 on Sunday as they swept every point in doubles and singles play. The Bucs slipped in just one doubles match, but the team recovered in doubles competition as the No. 1 and No. 2 slots for the Blue and Gold upended the Western Carolina opposition.

Highlighting the doubles point was Yi Chi Ma (Kaohsiung, Taiwan) and Alory Pereira (Sao Paulo, Brazil) as the doubles tandem held Elizabeth Ansari and Madison Riley scoreless in a 6-0 defeat. They move to 8-2 on the year and have won three straight doubles matches.

Every Buccaneer won in straight sets in Cullowhee on Sunday as the Catamounts didn’t have an answer to the ETSU squad. Marina Guinart (Castellar Del Valles, Spain) continued her hot streak as she has won 29 straight matches dating back to last season.

The Blue and Gold will continue its SoCon play next weekend as the Bucs travel to Homewood, Ala. to square off against Samford at noon eastern time on March 25.