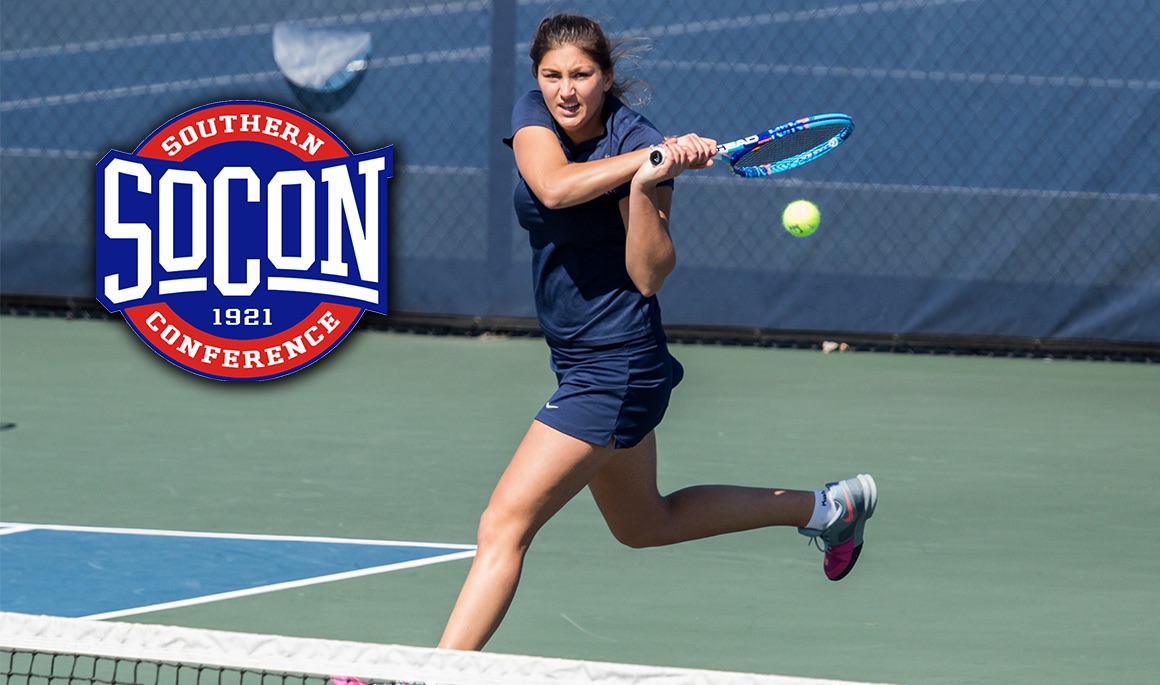 Guinart and ETSU opened SoCon play with a 4-2 victory over Chattanooga at the Bristol Racquet Club in Bristol, Tenn. Due to time constraints at the facility, the Bucs and Mocs were only able to compete in singles competition.

Ranked No. 120 in the country by Intercollegiate Tennis Association (ITA), Guinart cruised past Delaney Edwards of Chattanooga to set the tone for the Blue and Gold in the SoCon opener.

She followed that performance with a perfect 2-0 record against SoCon foe Western Carolina in Cullowhee, N.C. She was paired with doubles partner Ioanna Markesini (Athens, Greece), and the duo upended Savannah Taranto and Alexa Webb of WCU 7-5 to move to 7-3 overall and 1-0 in SoCon play.

Following her lone doubles match of the week, she continued her career unbeaten streak in singles play to 29 straight wins as she pounced on Taranto in singles competition 6-0, 6-1. This year alone, the sophomore is 11-0 and has won eight singles matches in straight sets.

This is the first SoCon player of the week honor for the Spain native this season, and her second of her career as she won the honor last year in February.

Guinart and the Blue and Gold will continue its stretch of conference matches as the team travels to Samford on Saturday, March 25 with a noon, eastern, start.