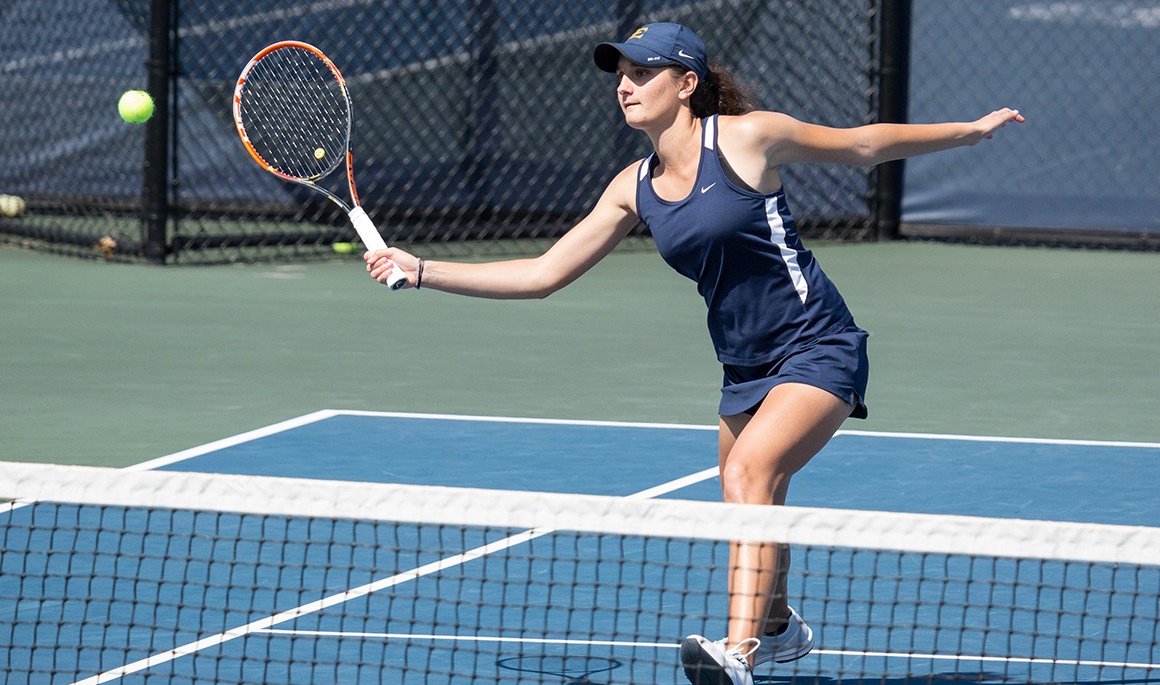 Bucs look to continue winning ways at Samford on Saturday

JOHNSON CITY, Tenn. (March 24, 2017) – Carrying a four game winning streak, the ETSU women’s tennis team looks to extend that stretch as the Bucs travel to Samford on Saturday to take on the Bulldogs at noon, eastern.

With wins over Chattanooga and Western Carolina, the Bucs have won five straight Southern Conference matches dating back to the SoCon tournament last year in Chattanooga, Tenn. This year, ETSU is 7-4 and winners of four straight matches where the team only lost five points.

Marina Guinart (Castellar Del Valles, Spain) continued her strong season as she was named the Southern Conference player of the week after her performance to start the conference schedule. She started the conference play going 3-0 between doubles and singles play as she led the Bucs to a 2-0 record. The sophomore continues to win while at ETSU as she sports a 29-0 record since arriving on campus last year.

Transfer Alory Pereira (Sao Paulo, Brazil) has found her groove this season as she has won five straight matches and boasts a 6-3 record out of the No. 3 slot. Joining in on the success this year is junior Ioanna Markesini (Athens, Greece). The Greece native has a 7-3 record this year playing solely out of the No. 1 position. She has also won three straight singles matches. Matching her teammate’s win streak is Jayde Viccars (Glen Waverly, Australia) who has found a groove in her last three matches.

The Bulldogs enter the weekend with an 8-7 overall record and a 0-1 mark in the Southern Conference. They have dropped three straight matches, but Samford started its season strong as the team opened the 2017 season going 4-1 with wins over Kennesaw State, Alabama-Huntsville, Louisiana Tech and Alabama-Birmingham.

The match with ETSU begins a three-game home swing for the Bulldogs as they play host to ETSU, Furman and Wofford until April 2.

Annika Hepp has the best singles record for the Bulldogs as she is 10-5 on the year. She has seen mixed play between the No. 5 and 6 slot for Samford. She has a 5-3 record in the No. 5 position and a 4-2 mark in the six slot. Ellie Gerlach has started catching fire as she has won three straight singles matches. She is 8-6 this year and 1-0 in SoCon play.

As a team, Samford is 20-19 in doubles matches this year and are led by Arianna Beltrame/Savannah Wood and Hepp/Elsa Pool. The two doubles tandems have a combined record of 9-4 with Beltrame and Wood recording five of those wins and the only win in SoCon play for the Bulldogs.