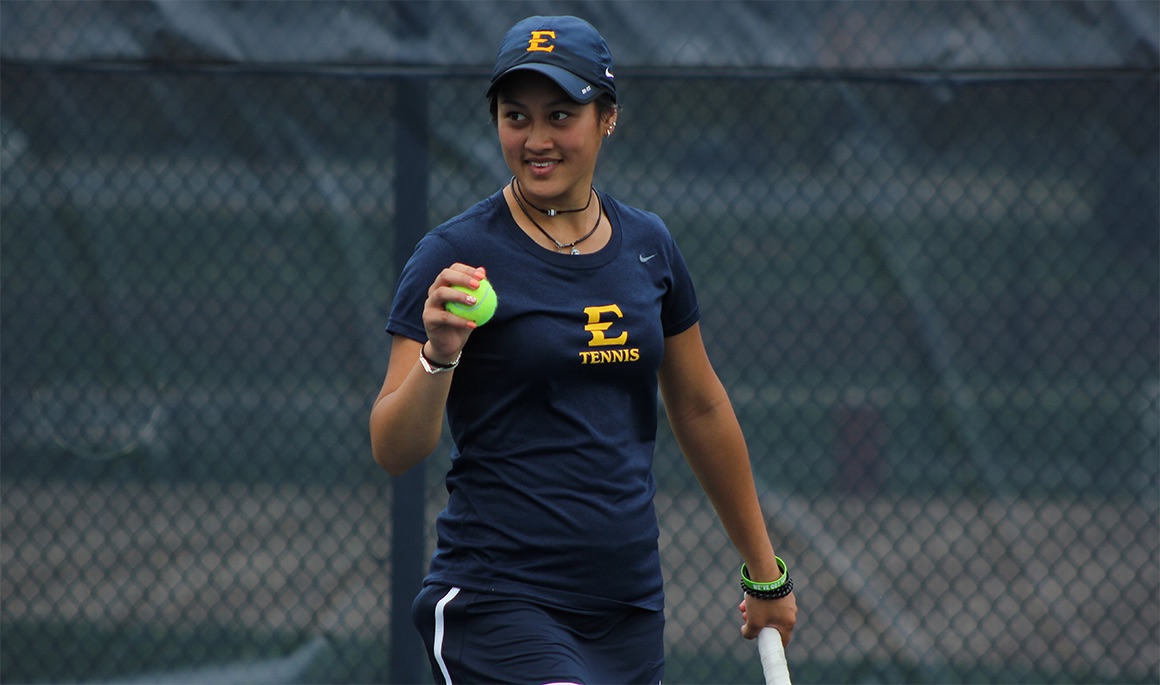 HOMEWOOD, Ala. (March 25, 2017) – For the second match in a row, the ETSU women’s team swept their opposition as the Bucs defeated Samford on Saturday 7-0 to claim their fifth straight win and to remain undefeated in the Southern Conference.

The Bucs won the doubles point as they battled out the point in the No. 1 and No. 3 slot. Ioanna Markesini (Athens, Greece) and Marina Guinart (Castellar del Valles, Spain) took the No. 1 doubles match 6-4 to move to 8-3 on the year and winners of three straight doubles matches. Melissa Esguerra (Derrimutt, Australia) and Jayde Viccars (Glen Waverly, Australia) capped off the doubles point for the Blue and Gold as the duo won their match in a 7-6 battle.

ETSU continued to stay hot as the two teams transitioned into singles play. The Bucs won all six singles matches with three wins coming in straight sets. Guinart ran past Elsa Pool 6-0, 6-4 to claim her 30th straight victory while maintaining her undefeated status at ETSU. Alory Periera (Sao Paulo, Brazil) and Esguerra were the other two Buccaneers to win in straight sets as Pereira won 7-6, 7-5 and Esguerra won 6-4, 7-5. Pereira has won six straight singles matches, and Markesini and Viccars have each claimed four consecutive victories.

Yi Chi Ma (Kaohsiung, Taiwan), Viccars and Markesini were the other victors for the Blue and Gold as they each claimed their individual match in three sets.

ETSU is now 8-4 on the year and 3-0 in the SoCon. The Bucs will take a week off before they return to the Dave Mullins Tennis Complex to host Mercer on April 1 at 10:30 a.m.