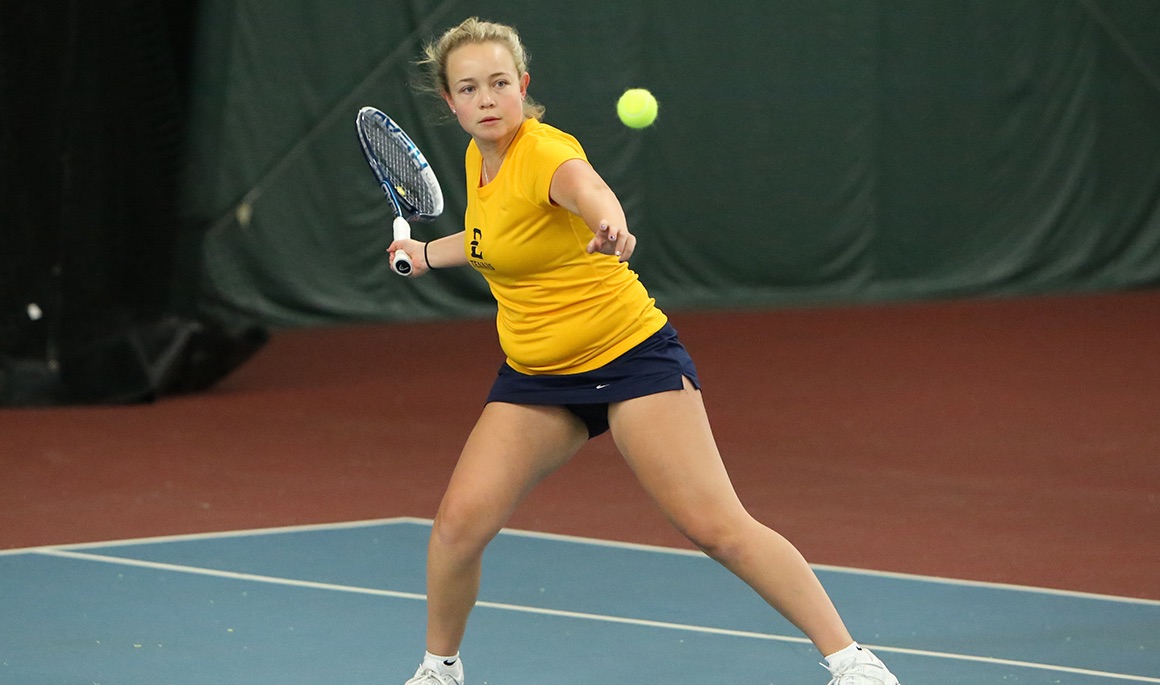 ETSU has won five straight matches – including three straight in SoCon play. In three of the last four matches, the Bucs have swept the competition, while out-scoring opponents 25-2 in that stretch.

Marina continues to play strong, as the sophomore is 30-0 in singles tennis over her ETSU career. Markesini is 8-3 this season and has won four straight matches. Joining her with an 8-3 overall record is Pereira – who has won her last six matches. Viccars has also won four consecutive matches.

The Bucs have two doubles teams this year that have a combined for a 16-6 record this year. As a team, ETSU is 19-13 in doubles competition this year including a 4-2 mark in conference play. Guinart and Markesini have played solely out of the No. 1 position, and the duo sport an 8-3 record and 2-0 mark in the SoCon. Yi Chi Ma (Kaohsiung, Taiwan) and Pereira are also 8-3 as they have played in the No. 2 slot for the Blue and Gold.

The Bears enter the weekend with an 11-5 record and are 2-1 in the SoCon. They are undefeated at home at 8-0 but have suffered all four losses on the road.

In singles this year, Mercer is 53-35 as a team. Leading the team are Katie Sidor and Katia Stavroulaki. Sidor is 11-4 on the season while posing an 11-3 mark in the No. 3 slot. Stavroulaki is 10-3 this season as she has played solely out of the No. 1 position.

Grace Korta and Stavroulaki is the best doubles tandem on the squad as they have played in the No. 1 position for the Bears. The duo is 9-5 on the year and 2-1 in the SoCon. Sidor and Anna Sovic are right behind their teammates as they sport an 8-5 record.