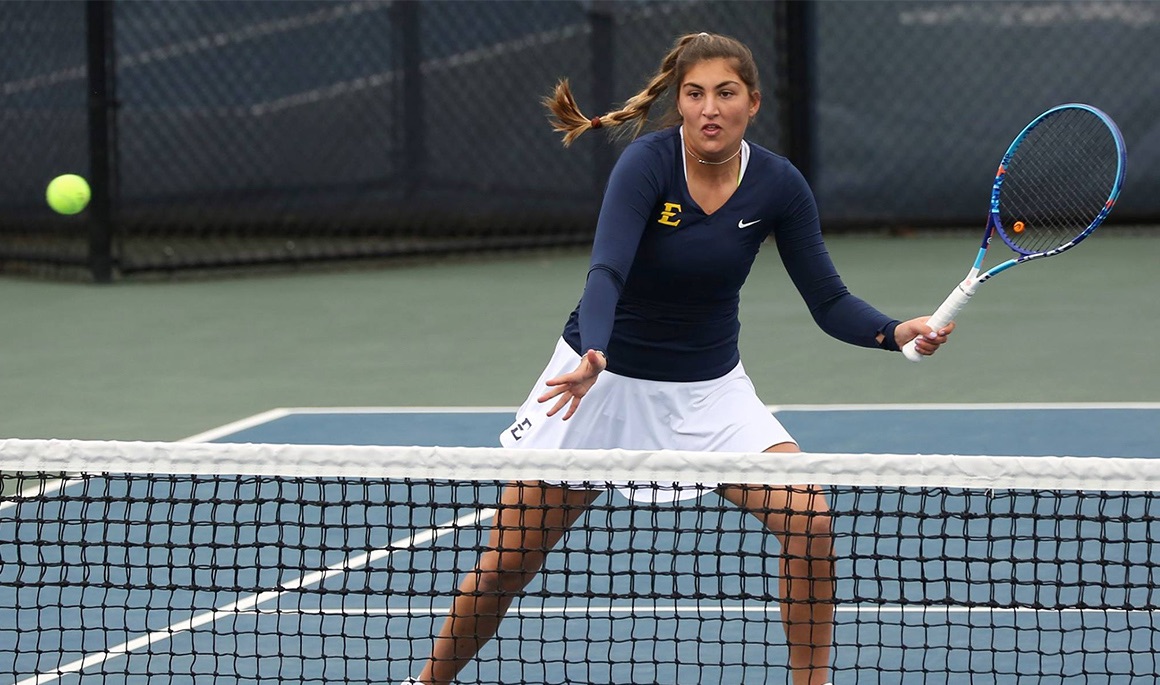 JOHNSON CITY, Tenn. (April 1, 2017) – In a back-and-forth match, the ETSU women’s tennis team held on to win 4-3 as the Bucs fended off Mercer at the Dave Mullins Tennis Complex on Saturday.

Every point proved to be pivotal in the match as the Bucs pulled out the final point thanks to Yi Chi Ma’s (Kaohsiung, Taiwan) singles victory.

Mercer didn’t cave in tandem play as the Bears won the No. 2 double slot early and fought hard in the No. 1 position match. Katie Sidor and Haley Powell upended Ma and Alory Pereira (Sao Paulo, Brazil) 6-1, but the Bucs took the final two matches to seal the doubles point. Viccars and Esguerra won their match as they defeated Marie Mottet and Chrstie Cesarini 6-2. Following ETSU’s first win, Markesini and Espana fended off their competition, 6-4, as the duo advances to 9-3 overall this season.

The Bucs and Bears split, 3-3, in singles, which made ETSU’s doubles victory important en route to its 4-3 conference win. Of the three singles wins, Guinart cruised past her opposition as she won 6-1, 6-0 to improve her career record to 31-0. Pereira and Ma rounded out the other singles wins for the Bucs, but they had to fight in three sets to pull out their win. Pereira moves to 9-3 on the year in solo play, and Ma advances to 6-6 this season.

"This was another great team win. I am proud of our girls and how they competed today," said head coach Ricardo Rojas. "Hopefully this win will carry over into next week!"

The Blue and Gold move to 9-4 overall this year and 4-0 in the Southern Conference. Mercer falls to 11-6 and 2-2 in conference play.

ETSU’s next match will be on the road as the Bucs travel to Spartanburg, S.C. to take on Wofford on April 6 at 1 p.m.