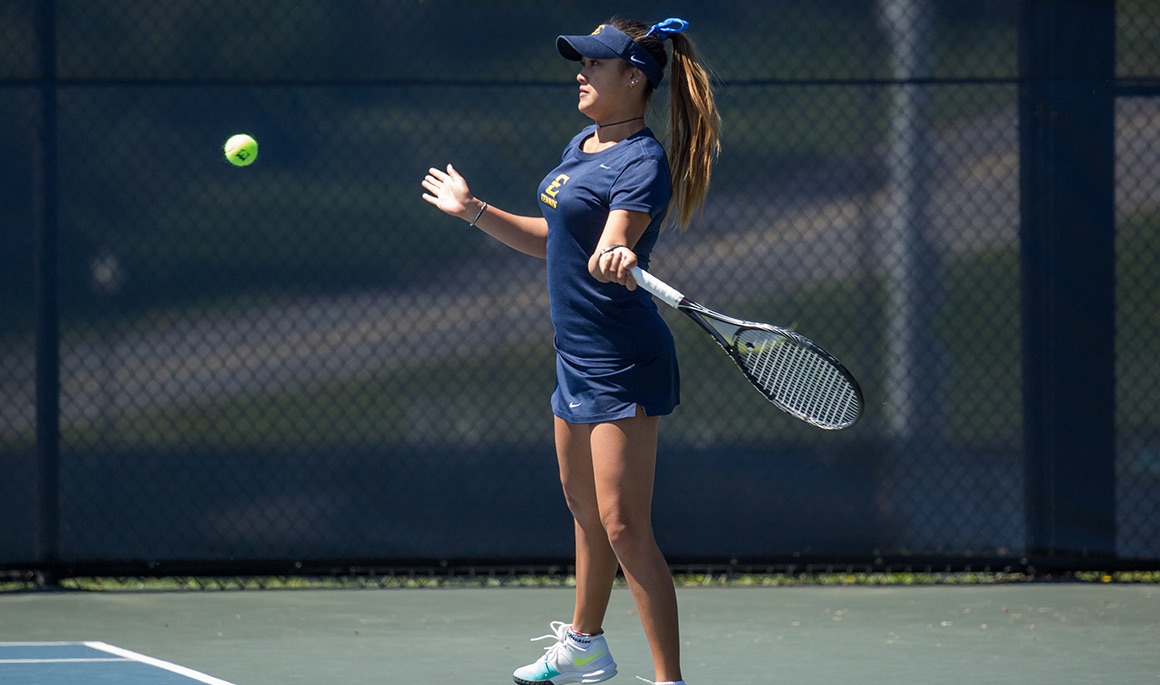 GREENVILLE, S.C. (April 8, 2017) – With the No. 1 seed in the Southern Conference Tournament on the line, the ETSU women’s team traveled to Greenville, S.C. where the Bucs fell 5-2 in a battle with Furman at the Mickel Tennis Central on Saturday afternoon.

The Bucs battled in doubles play as all three doubles matches was decided by two points, but the Paladins out-dueled the Bucs as they won all three matches. Jayde Viccars (Glen Waverly, Australia) and Melissa Esguerra (Derrimutt, Australia) forced an extra match as the duo slipped 7-5 in the No. 3 flight for the Blue and Gold.

Esguerra knotted the conference battle at one point as she cruised past Hannah Ferrett 6-1, 6-2 in singles competition. The junior moves to 9-6 on the year in solo play and 4-2 in the SoCon. She is also 7-3 in her last ten matches in singles play.

Furman nearly put the match away by taking the next two singles matches, but Marina Guinart (Castellar Del Valles, Spain) halted the Paladins’ momentum as she won 6-2, 7-5 in the No. 2 slot for the Blue and Gold. She moves to 14-0 on the season and an impressive 33-0 record in singles play in her collegiate career.

The win gives the Paladins at least a share of the regular season crown, and if the Bucs win their next match versus UNCG on April 15, then ETSU will secure the second seed in the conference tournament.

ETSU’s next match will be a non-conference match at Western Kentucky on April 13.