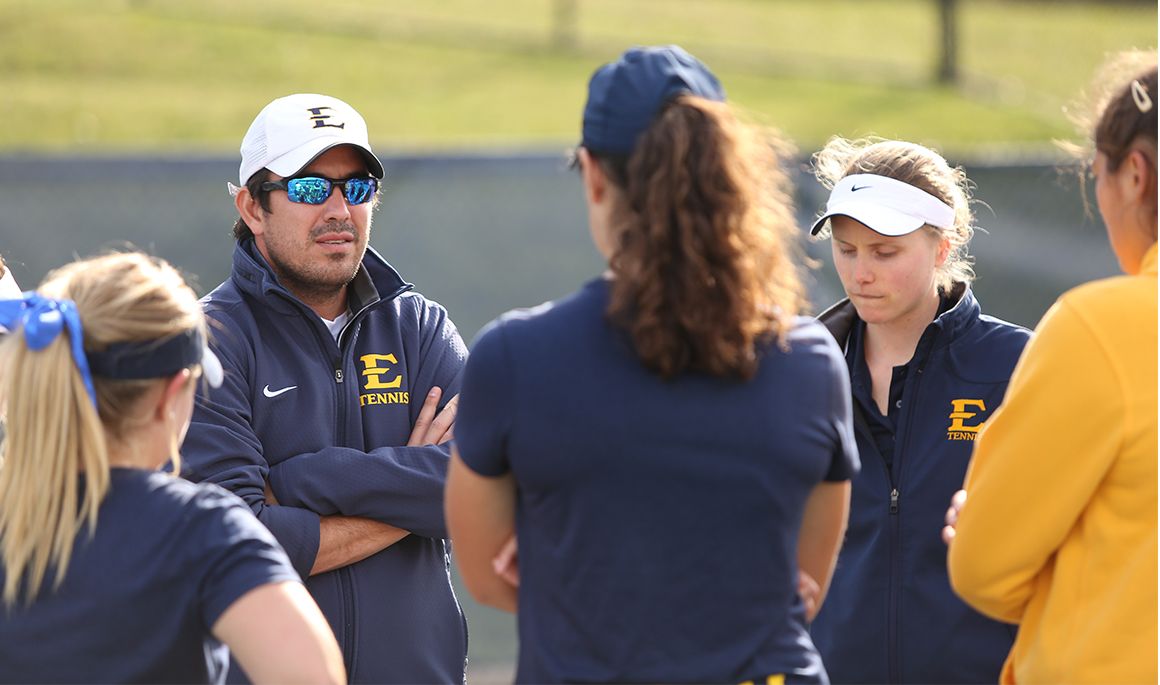 The Bucs enter the final two contests of the season at 10-5 overall and 5-1 in the Southern Conference. The game against Western Kentucky will be the final non-conference match of the season. The Bucs and Hilltoppers will face off on Thursday in Bowling Green, Ky. The final SoCon match will be in Johnson City at the Dave Mullins Tennis Complex. ETSU will square off against UNCG on Saturday with a noon first serve.

Marina Guinart (Castellar Del Valles, Spain) and Melissa Esguerra (Derrimutt, Australia) each carry singles winning streaks into the weekend. Guinart carries a 14-game win streak this season and a 33-game win streak dating back to last year. Esguerra sports a two-game win streak, and she is 7-3 in her last ten singles matches and is 9-6 overall this season. Guinart is the lone undefeated Buc in SoCon play this year, but Alory Pereira (Sao Paulo, Brazil) is an impressive 5-1 in conference matches this season since she transferred from MTSU.

Ioanna Markesini (Athens, Greece) and Guinart have played solely out of the No. 1 slot for the Bucs in doubles. The duo is 10-4 overall and 4-1 in the SoCon. Jayde Viccars (Glen Waverly, Australia) and Esguerra have the second-best doubles record in conference matches as the tandem is 3-2 in such matches.

Western Kentucky hosts its final game of the season as the Bucs travel to Bowling Green for WKU’s senior day.

In doubles, Cindy Oest and De Ugarte are the main leaders on the squad as the duo is 11-4 overall this season playing mostly out of the No. 2 slot.

The Spartans enter the season finale with a 3-17 overall record with two of those wins coming in SoCon play. UNCG is currently in sixth place in the SoCon and has dropped four of its last five head-to-head matches.

Sophia Adams has the best winning percentage in singles this year as she is 7-7 overall and 4-2 in conference play. She is the lone Spartan that is above .500 in SoCon matches, and she has played most of her games out of the No. 4 flight.

UNCG is 13-89 overall in doubles competition. Blaine Boaz and Nancy Bridges have played the most doubles matches (16) as the pair is 7-9 on the year. Adams and Corinne Blythe have the best record in conference matches as the tandem is 4-2 on the year.