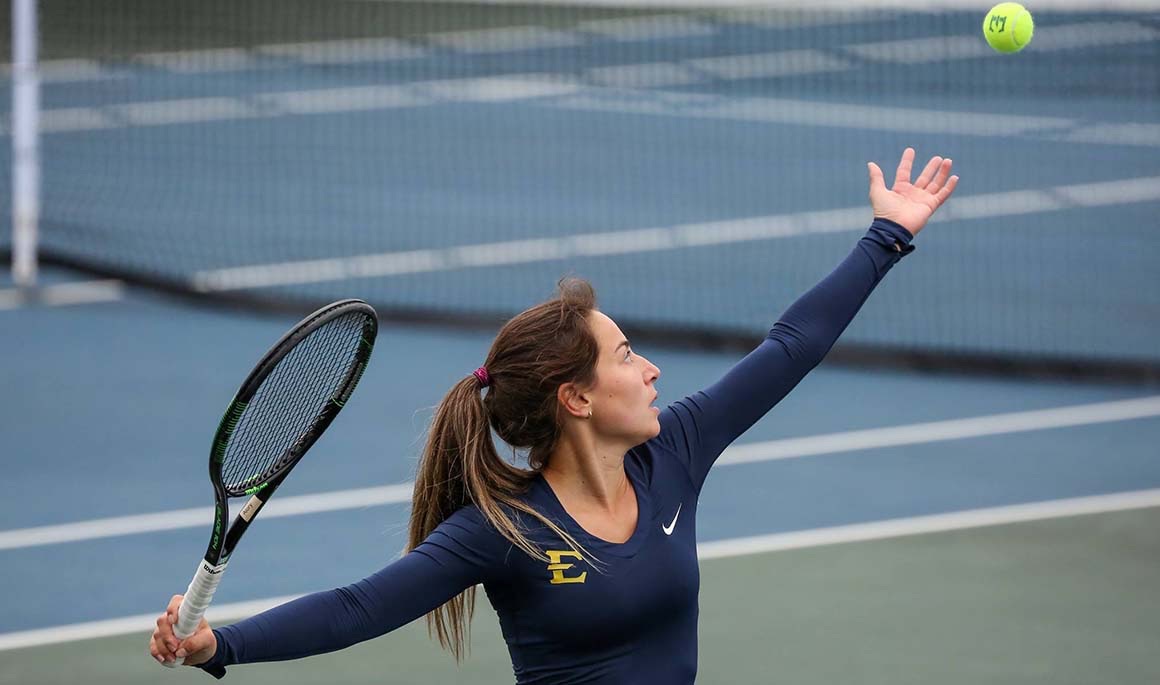 BOWLING GREEN, Ky. (April 13, 2017) – The ETSU women’s tennis team ended its non-conference schedule on a high note as the Bucs ran past Western Kentucky 4-1 at the WKU Tennis Complex in Bowling Green, Ky. on Thursday.

The Bucs set the tone early as the Blue and Gold won the first two doubles matches. Marina Guinart (Castellar Del Valles, Spain) and Ioanna Markesini (Athens, Greece) defeated Andreanna Christopoulou and Lisa Friess 6-3 to move to 11-4 on the year in doubles play. Yi Chi Ma (Kaohsiung, Taiwan) and Alory Perira (Sao Paulo, Brazil) matched their teammates as they also defeated their opposition 6-3. The ETSU tandem now moves to 10-5 on the year.

Both Pereira and Markesini cruised past their opponents in the No. 3 and 2 positions, respectively. Both Bucs won their individual matches in straight sets – 6-2, 6-2.

With a commanding 3-0 lead on the Hilltoppers, Western Kentucky took one singles match to avoid the sweep. However, Melissa Esguerra (Derrimutt, Australia) sealed the non-conference match with a 6-4, 6-4 victory over Cindy Oest. Esguerra extends her win streak to three straight and moves to 7-3 in her last 10 singles matches.

With the win, ETSU moves to 11-5 overall. Western Kentucky drops to 11-5 as well to match the Bucs’ overall record.

The Bucs next match will be their season and SoCon finale as ETSU welcomes UNCG to Johnson City on April 15. First serve is scheduled for noon at the Dave Mullins Tennis Complex.