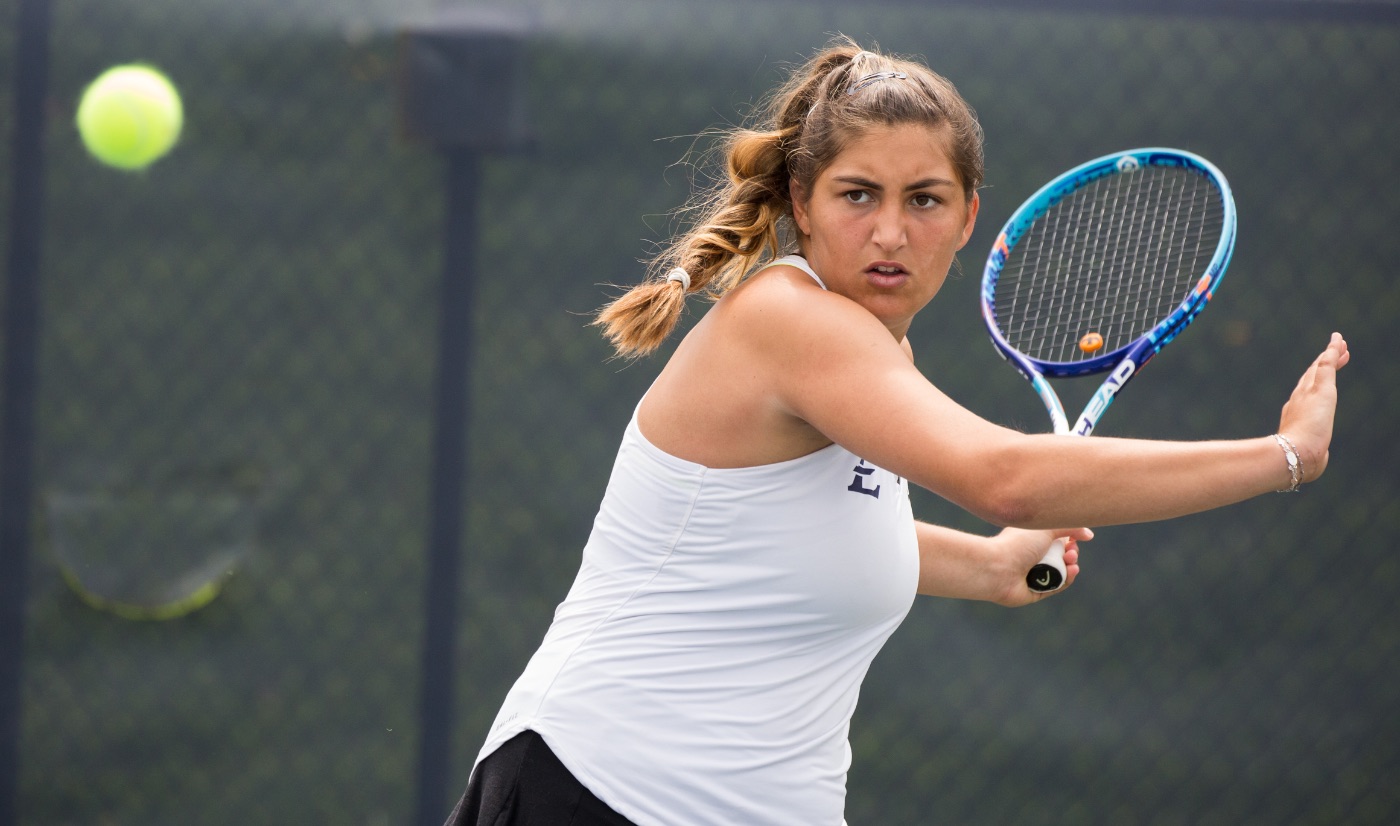 JOHNSON CITY, Tenn. (April 15, 2017) – After fending off UNCG on Saturday 4-3 in Johnson City, the ETSU women’s tennis team claimed the No. 2 seed in the Southern Conference Tournament that begins April 21 in Spartanburg, S.C.

With the win, ETSU secured the No. 2 seed in the SoCon Tournament, and the Bucs will face off against No. 7 Wofford at 1 p.m. at the Reeves Tennis Center.

In the regular season finale, the Bucs got all they could handle as UNCG jumped out to an early team lead of 1-0 as the Spartans won two of the three doubles matches. Ioanna Markesini (Athens, Greece) and Marina Guinart (Castellar Del Valles, Spain) swept their respective match in the No. 1 slot as they defeated Alice Taylor and Masey DeMoss.

Down 1-0, the Bucs had to act quickly, and they did just that by winning four of the six singles matches to claim the SoCon, head-to-head battle. Playing for the second time this season in the No. 1 position, Guinart continued her unbeaten singles streak as she defeated DeMoss 6-1, 6-0. Guinart is now 34-0 in singles play in her ETSU career.

Markesini won her second straight singles match out of the No. 2 slot as she cruised past Taylor 6-1, 6-1. Melissa Esguerra (Derrimutt, Australia) extended her win streak (four games) as she defeated Blaine Boaz in straight sets – 6-0, 6-3. Alory Pereira (Sao Paulo, Brazil) capped off the singles victories for the Blue and Gold as she out-dueled Nancy Bridges 6-4, 6-7, 6-1. Pereira moves to 12-4 overall this year in singles competition, which is the second-best winning percentage on the team (.750).

The Bucs next match will be in the SoCon Tournament on April 21 against No. 7 Wofford at 1 p.m.