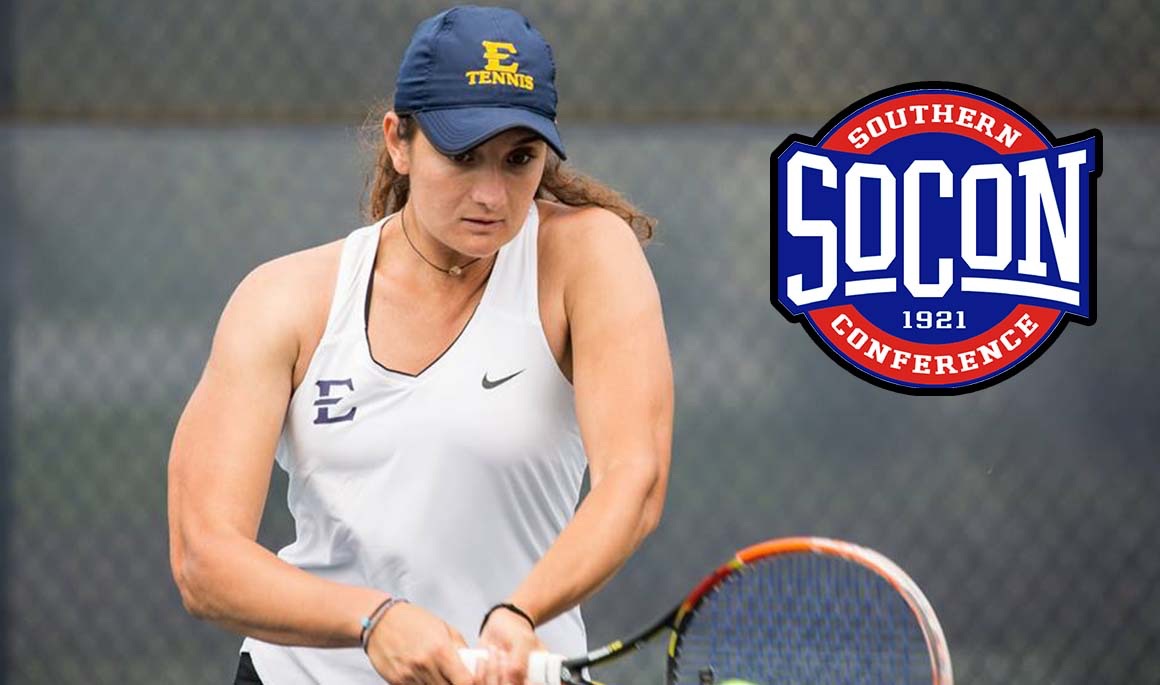 Paired with Marina Guinart (Castellar de Valles, Spain) in doubles play, the tandem went 2-0 against the Hilltoppers and Spartans last week. The duo opened the undefeated week running past Andreanna Christopoulou and Lisa Friess of WKU 6-3. The Bucs capped off the weekend by sweeping Alice Taylor and Mase DeMoss of UNCG in the No. 1 flight, 6-0. As a doubles team, they are 12-4 overall and 5-1 in SoCon play this year.

In singles play, Markesini also went 2-0 playing out of the No. 2 slot for the first time this year. She won both singles matches in straight sets. Markesini opened the week with a 6-2, 6-2 victory over Monica Malinen of Western Kentucky, and she finished the weekend defeating Taylor 6-1, 6-1. The Greece native is now 11-5 overall this season and 6-1 in conference matches.

The Bucs concluded their regular season with a 12-5 overall record and a 6-1 mark in SoCon matches.

After concluding the season winning nine of the last ten matches, No. 2 ETSU will look to carry its momentum into the SoCon Tournament, which begins April 21 against No. 7 Wofford in Spartanburg, S.C. Start time is set for 1 p.m. at the Reeves Tennis Center.