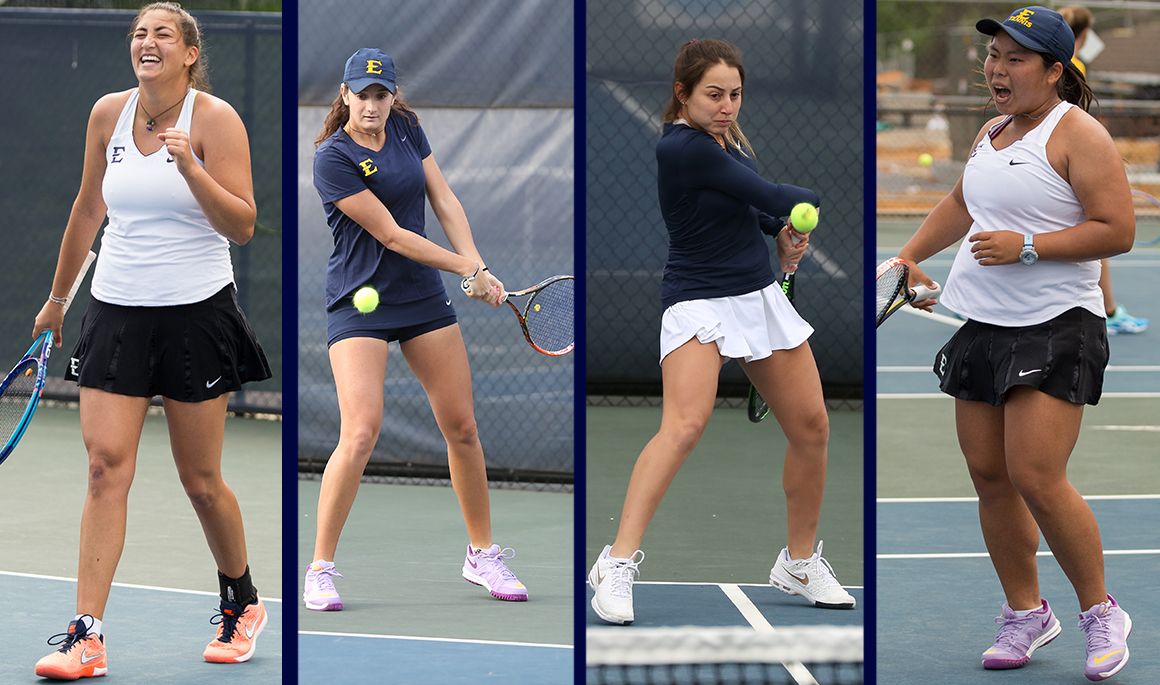 Guinart and Markesini were named to the First Team for singles. Guinart went undefeated at 15-0 this year playing mainly out of the No. 2 flight for ETSU. She continues to sport her unbeaten career record at ETSU, which is now 34-0. Markesini concluded the 2017 season with an 11-5 record playing mainly out of the No. 1 slot. She posted a 5-2 conference record and finished the season winning two straight and winning seven of the last ten singles matches.

Guinart and Markesini were recognized for their tandem play as they earned First Team honors in doubles. The duo played solely out of the No. 1 position for ETSU where they posted a 12-4 overall record. The teammates also went 5-1 in SoCon doubles play, which led the ETSU squad.

In her first year at ETSU, Pereira earned Second Team honors in the No. 3 flight. She made an immediate impact after transferring from MTSU where she posted a 12-4 overall record including going 11-4 in the No. 3 slot. She concluded her season winning her last two matches and went 9-1 in her last ten singles.

Ma concluded the postseason awards for the Bucs as she was named to the All-Freshman Team. She finished her regular season with a 6-9 overall record in singles play splitting time between the No. 4 and No. 5 slot for ETSU. She was paired with Pereira, and the duo opened the season going 8-2 in the No. 2 flight for doubles.

No. 2 ETSU begins SoCon Tournament play on April 21 against No. 7 Wofford in Spartanburg, S.C. Start time is set for 1 p.m. at the Reeves Tennis Center.