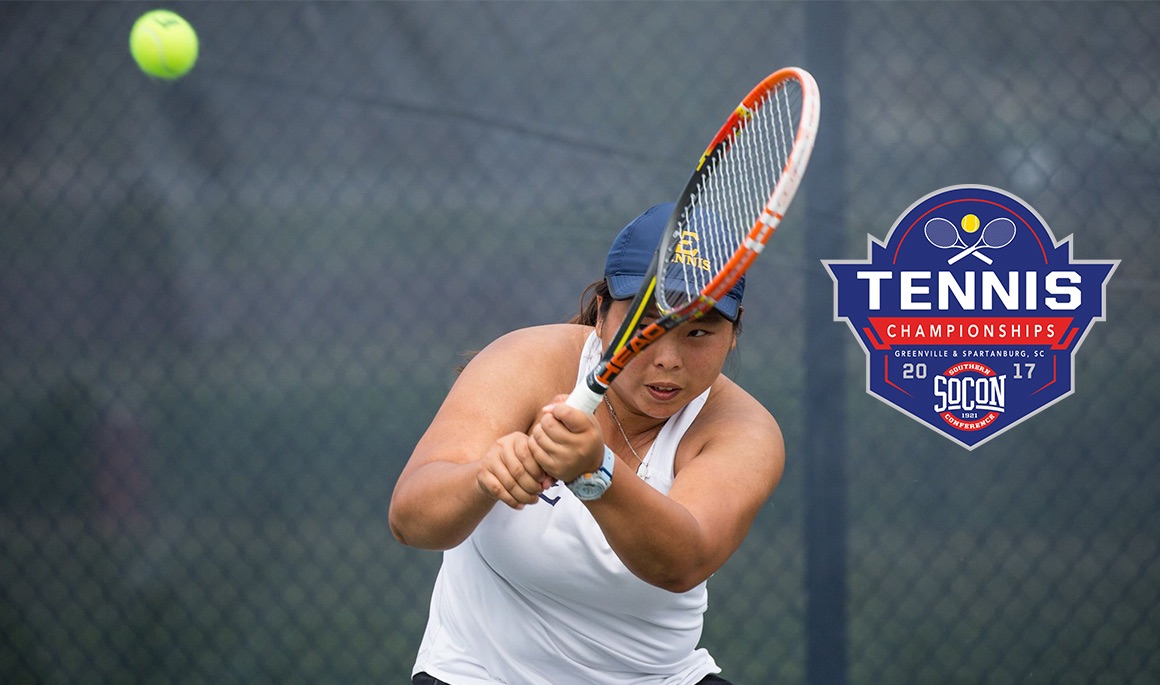 GREENVILLE, S.C. (April 22, 2017) – After a dominating 4-0 win over Wofford in the first round, the ETSU women’s tennis team carried that momentum into the Southern Conference semifinals with a 4-0 victory over No. 3 Mercer on Saturday morning in Greenville, S.C.

Just like in the opening round of the SoCon Tournament, the Bucs claimed the first two doubles matches as Marina Guinart (Castellar Del Valles, Spain)/Ioanna Markesini (Athens, Greece) and Jayde Viccars (Glen Waverly, Australia)/Melissa Esguerra (Derrimutt, Australia) won their respective matches. Viccars and Esguerra cruised to their sixth victory of the year in doubles. Guinart and Markesini extended their win streak to three straight and moved to 8-2 in their last ten matches.

After winning the doubles point, the Bucs won the first three singles matches in straight sets to punch their ticket into the SoCon Championship.

First serve for the championship game Sunday is scheduled for 10 a.m. at the Mickel Tennis Center on the campus of Furman University.