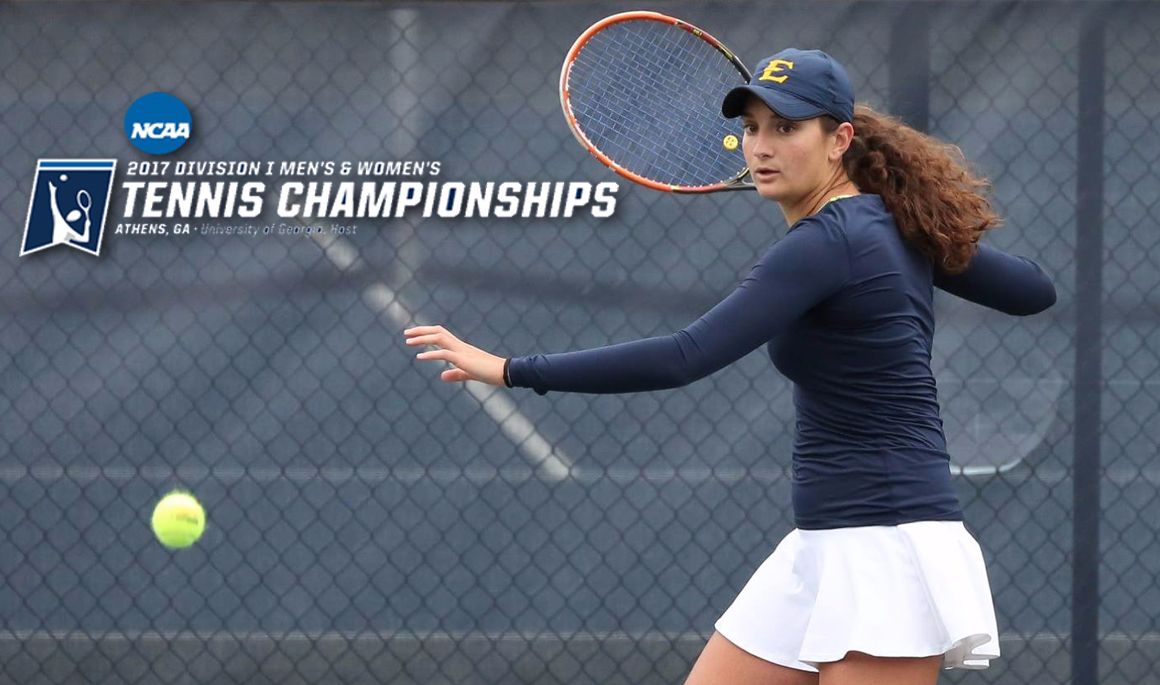 ATHENS, Ga. (May 24, 2017) – Despite claiming the first set, junior Ioanna Markesini (Athens, Greece) was unable hold off South Carolina’s Mia Horvit in the first round of the NCAA Singles Championship as Markesini fell in three sets, 6-4, 6-0, 6-2 on Wednesday afternoon at the Dan Magill Tennis Complex in Athens, Ga.

Markesini’s season comes to an end with an overall record of 13-6 in singles play. The Athens, Greece, native became just the second player in ETSU Women’s Tennis history to be selected for the NCAA Singles Championship.

The second set of the match belonged to Horvit as she claimed a 6-0 win behind two aces and five errors by Markesini.

In the third and final set, Horvit continued her momentum from the second set and jumped out to a quick 3-0 lead. Markesini was able to rally back and win the next two games to cut into the lead at 3-2. After giving up the first point in the fifth game of the set, Markesini rattled off four straight points for the victory.

USC’s Horvit took the final three games of the set to win, 6-2 and take the match. Horvit will play tomorrow in the second round of the NCAA Singles Championship.