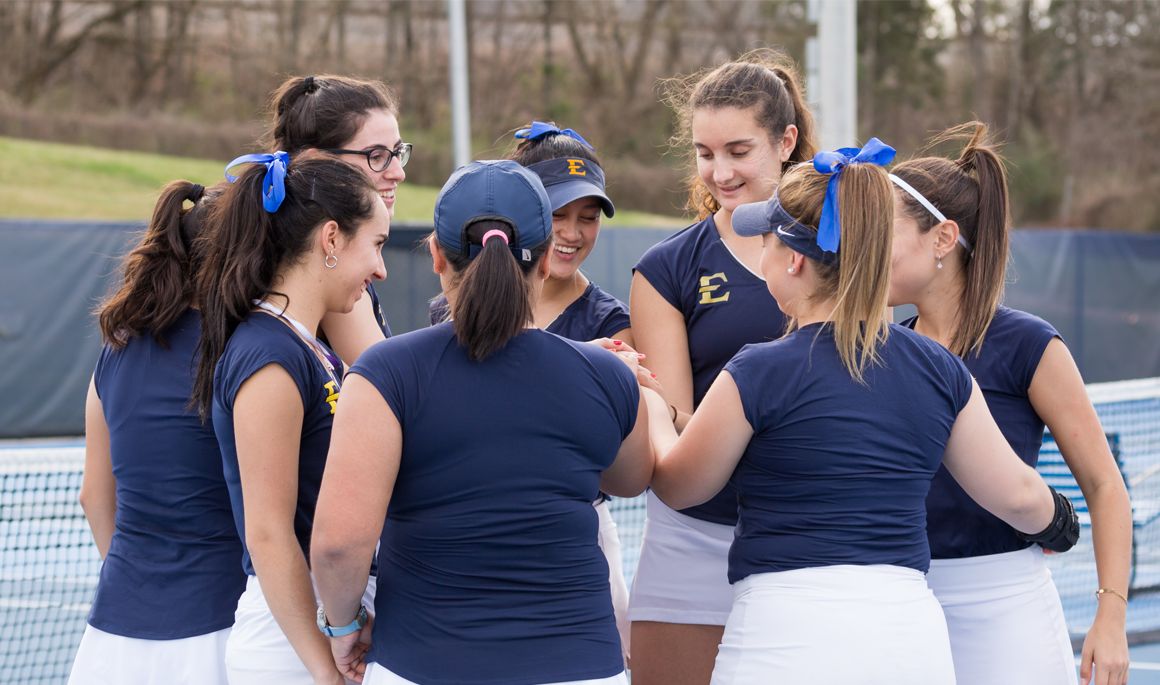 This week in ETSU women’s tennis

ETSU comes into the weekend with a 4-9 record. They have a conference match under their belt, but fell to Chattanooga earlier in the month. The Bucs have lost their last four matches, but are eager to end that streak with a few conference wins this weekend. Alory Pereira leads the team with an 8-2 record. Ioanna Markesini and Alejandra Morales each have six wins. ETSU has a 29-43 record in singles and a 15-22 record in doubles. Alejandra Morales and Andrea Pascual-Larrinaga are .555 on the season with a 5-5 record in doubles.

Mercer enters Friday’s match with a 7-6 overall record. They will open up conference play with the Bucs. The Bears have won their last two matches over Savannah State and Troy. Katie Sidor leads the Bears with an 11-1 record in singles. When paired with Anna Sovic, the duo is a perfect 7-0 in doubles. As a team, the Bears hold a 42-30 record in singles and a 22-13 record in doubles.

UNCG will head into the weekend with 3-6 overall record. Before taking on the Bucs, the Spartans will host Western Carolina, as both teams will face off in a conference dual. The Spartans have lost their last four matches. Brianna Gomez has an undefeated record in singles going 9-0. Sophia Adams has seven wins on the season, while Nancy Bridges has six. The Spartans are 26-28 in singles and 7-18 in doubles.