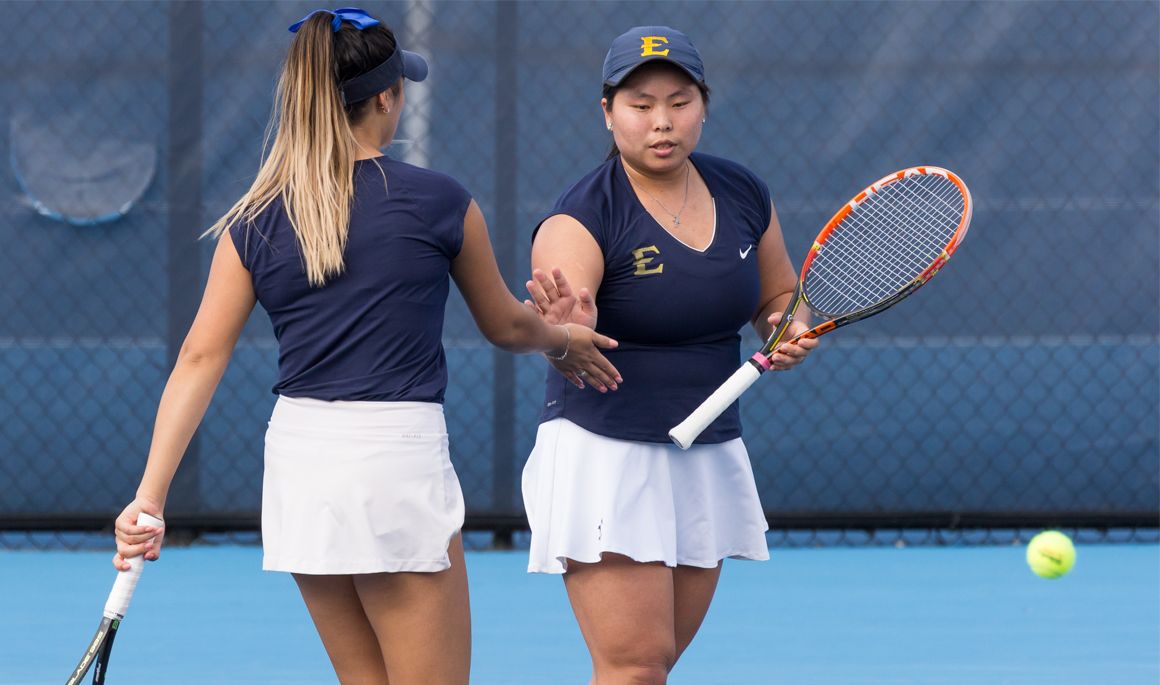 This week in ETSU women’s tennis

The Bucs will play two matches this week

BRISTOL, Tenn. (March 20, 2018) –  The ETSU women’s tennis team will play two matches this week. First they will host conference foe, Western Carolina in a midweek match this Wednesday, March 21. Then they will play in a non-conference battle on Saturday, March 24. The Bucs are eager to extend their two-match winning streak.

The Bucs enter tomorrow’s match with an overall record of 6-9 and a 2-1 record in the SoCon. ETSU has won back-to-back conference matches on the road with wins over Mercer and UNCG. Alory Pereira (Sao Paulo, Brazil) leads the Bucs with a 10-2 record, while Ioanna Markesini (Athens, Greece) has an 8-5 record. The duo combined share a 6-9 record in doubles. Alejandra Morales (Santiago, Chile) and Andrea Pascual-Larrinaga (Basauri, Spain) are .500 and Yi Chi Ma and Melissa Esguerra (Derrimutt, Australia) also have six wins in doubles. As a team, ETSU is 38-46 in singles and 20-23 in doubles.

The Catamounts visit the Bucs with a 6-5 overall record and are 0-1 in conference after falling to UNCG. They are led by Lauren McCall and Jordan Strickland, who each have a 9-2 record in singles. Alexa Webb and Jordyn King also each have a 7-4 record. In doubles, King and McCall share an 8-2 record. Western Carolina has a 43-23 record in singles and a 20-12 record in doubles.

VCU is off to a hot start this season, as they come into the weekend with an 11-2 overall record, winning their last nine matches. They have won their last four matches with the score finishing 4-3. Five rams have records in double figures. Anna Rasmussen and Paola Delgado have 12 wins on the season, while Rasmussmen has lost just three matches. As a team, the Rams hold a 73-47 record in singles and a 37-20 record in doubles. They are led by Melissa Ifidzhen and Anna Rassmussen, who share an 11-6 record together.