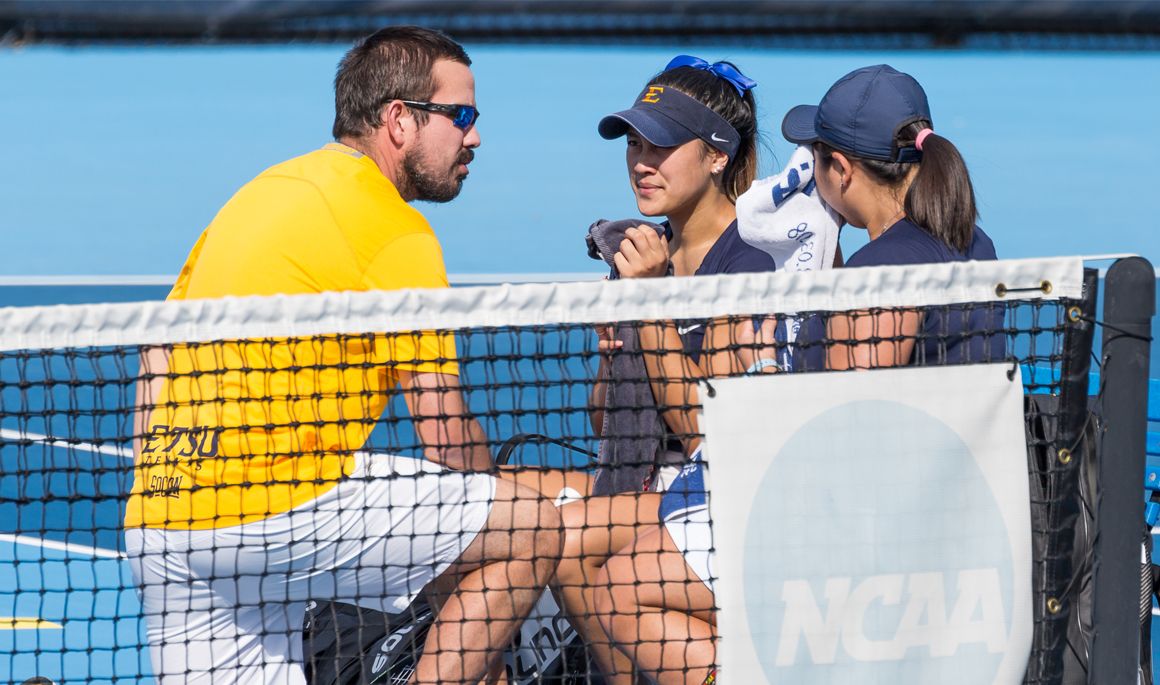 
JOHNSON CITY, Tenn. (March 30, 2018) –  The ETSU women’s tennis team hosts Wofford this Saturday, March 31 at the Dave Mullins Tennis Complex. ETSU has four matches until they finish the regular season. All four matches will be played at home, as the Bucs concluded the travel portion of their schedule.

ETSU has been on a roll, recently winning their last four matches. The Bucs are 3-1 in the SoCon and 8-9 overall. Alory Pereira (Sao Paulo, Brazil) leads ETSU with a 12-2 record followed by Ioanna Markesini (Athens, Greece) who holds a 10-5 record. Markesini was recently named the SoCon Player of Week, which was her second honor of the season. ETSU is .500 in singles play with a 48-48 record and a 25-23 record in doubles. The pairs of Pereira and Markesini and Alejandra Morales (Santiago, Chile) and Andrea Pascual-Larrinaga (Basauri, Spain) each have eight wins in doubles. Yi Chi Ma (Kaohsiung, Taiwan) and Melissa Esguerra (Derrimutt, Australia) have seven wins. The Bucs are 3-1 when playing at home.

Wofford enters Saturday’s match with an 8-6 overall record and are 0-3 in the SoCon. When playing on the road, they hold a 2-4 record. The Terriers are led by Jenna Vroman who has a 10-4 record in singles. Cassidy Hicks and Lauren Reid each have eight wins on the season, helping to lead the Terriers to a 46-38 record in singles. Hicks and Vroman are the Terriers strongest doubles duo with an 11-3 record. Wofford as team have a 25-14 record in doubles.