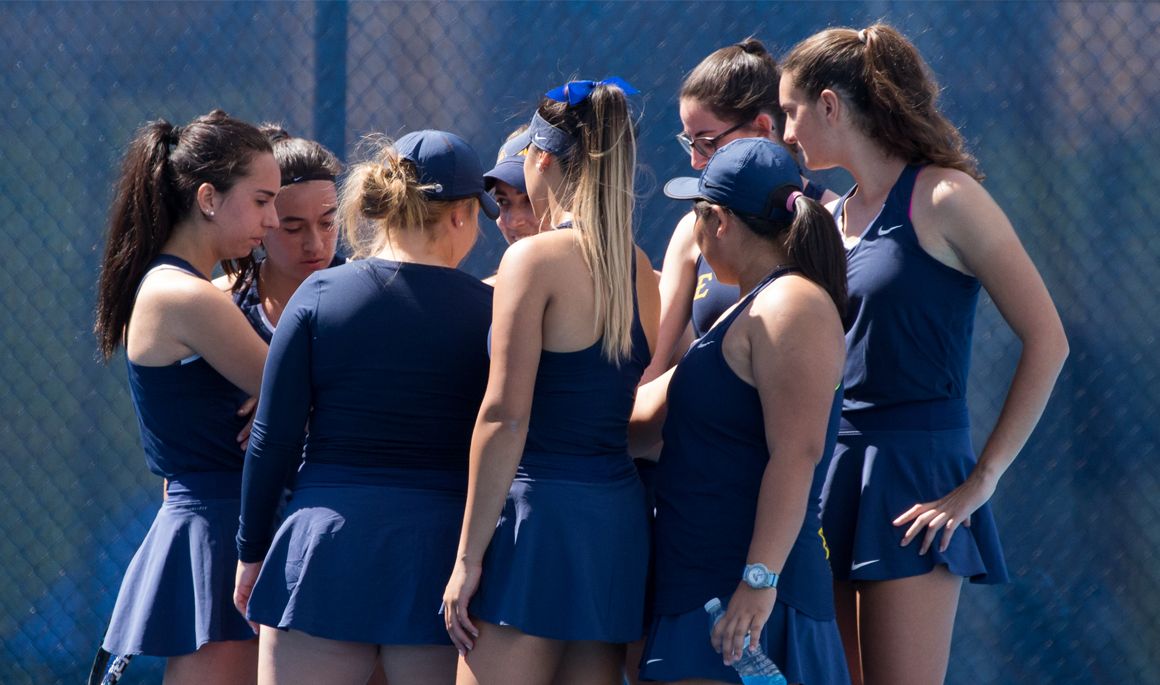 The Bucs welcome Furman and Samford

JOHNSON CITY, Tenn. (April 5, 2018) –  The ETSU women’s tennis team will host a pair of conference matches this upcoming weekend. First the Bucs will host Furman on Friday, April 6 and then the Bucs welcome Samford on Sunday, April 8. Both matches will be played at the Dave Mullins Tennis Complex.

The Bucs have been on a roll, winning their last five matches. ETSU enters tomorrow’s match with a 9-9 record and a 4-1 record in the conference, sitting them in third place. Senior Alory Pereira (Sao Paulo, Brazil) leads the Bucs with an impressive 13-2 record switching between the No. 1 and No. 2 spot. Fellow senior Ioanna Markesini (Athens, Greece) has also been strong for the Bucs holding an 11-5 record in singles. Both help their team to a 54-48 record in singles. ETSU has used seven different combinations for doubles with three pairs each with eight wins. As a team, the Bucs hold a 26-25 record in doubles.

Furman comes to Johnson City with a 15-8 overall record and are undefeated in the conference with a 5-0 record. They have won their last eight matches, with their latest win coming from a 6-1 win over Western Carolina. The Paladins are 9-1 at home, but hold a 6-5 record on the road. Five Paladins have wins in doubles figures, with Katarina Kozarov posting the highest wins with a 15-5 record. As a team, they have a 79-50 record in singles. In doubles action, the Paladins have used 12 different pairs to round out a 42-20 record as a team.

Samford enters Sunday’s match with a record of 10-7 and are also undefeated in the conference at 4-0. They are currently in second place, right behind Furman. The Bulldogs have won their last four matches, with their latest win coming from UNCG. The Bulldogs post an impressive record of 10-2 when playing at home, but they have yet to win a match on the road. Arianna Beltrame, Grace Jennings, and Elsa Pool each have ten wins on the season to help their team to a 54-36 record in singles. The Bulldogs are 30-17 in doubles.