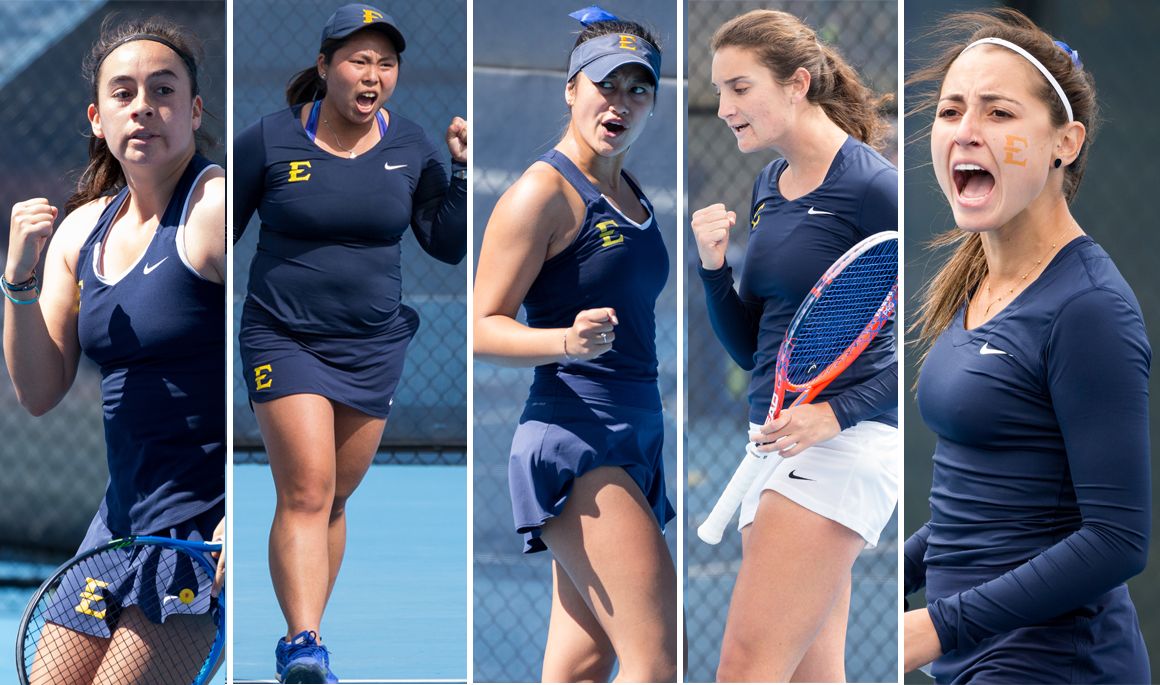 In doubles, Pereira and Markesini paired in every match to finish the regular season with an 11-10 record.

Senior Melissa earned a spot on the Second Team in the No. 5 singles spot. She had an overall record of 10-11 and held an 8-5 record at the No. 5 spot. Esguerra also received Second Team honors in doubles as her and Yi Chi Ma went 10-5 at the No. 2 doubles spot.

Rounding out SoCon postseason awards was freshman Alejandra Morales. In her first year in the blue and gold, Morales went 10-10 in singles splitting action between the No. 4, No. 5, and No. 6 spot in singles. Morales also picked up 11 wins in doubles action during her freshman debut.

No. 2 ETSU begins SoCon Tournament play this Friday, April 20 against No. 7 Wofford in Chattanooga, Tenn. The match is set for 3:00 p.m. at the Champions Club.

Player of the Year

Freshman of the Year

Coach of the Year