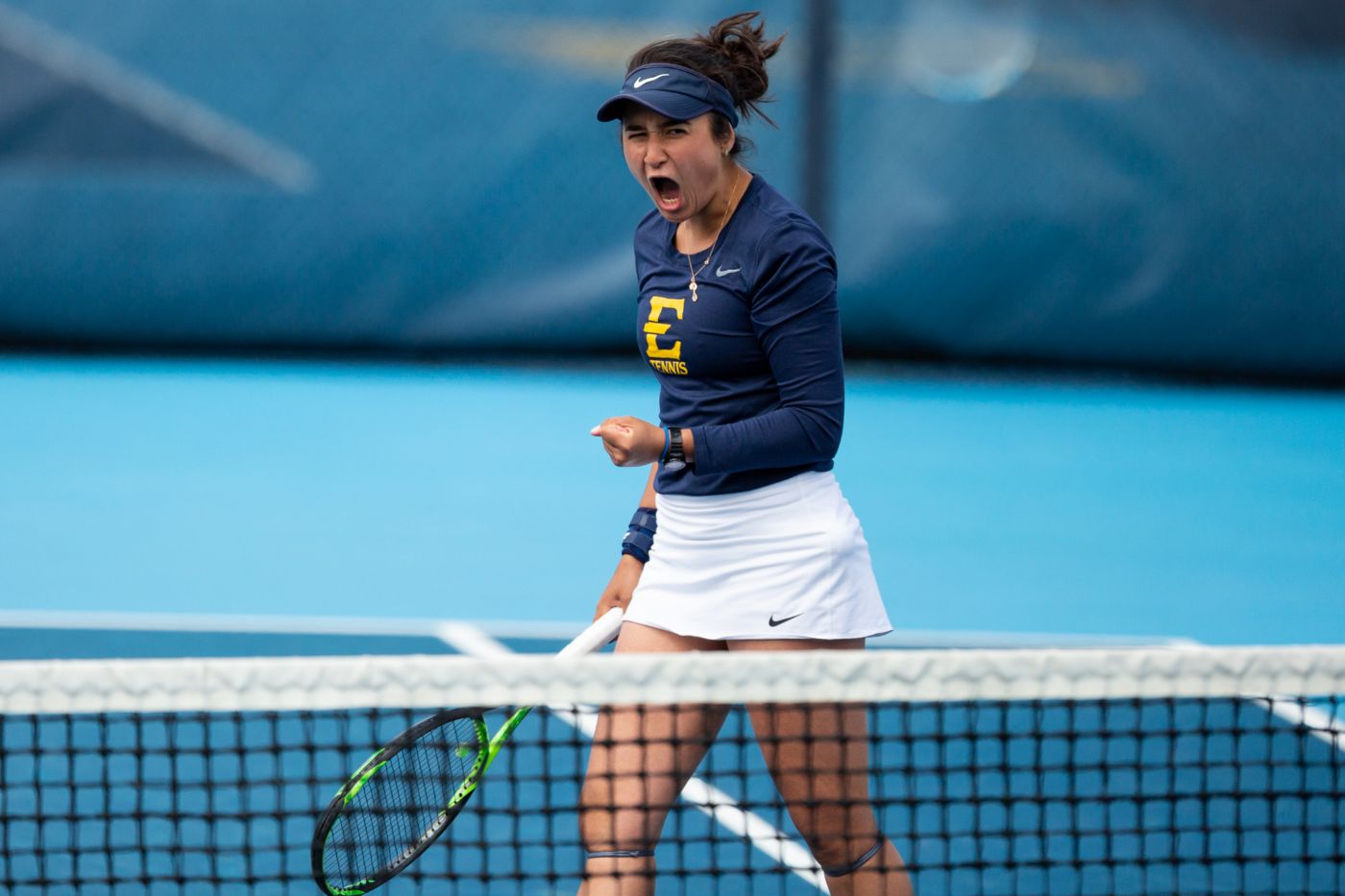 ELON, N.C. (Sept. 15, 2019) – After three days of competing at the Elon Fall Invitational, ETSU’s women’s tennis team finishes with two athletes taking home a first-place finish in their respective draws. The Blue and Gold had second and third place finishes in doubles action.

Raquel Amaro (Caracas, Venezuela) did not lose a set all weekend winning all four matches without losing more than five games in a match. She won the championship match in straight sets 6-1, 6-4 over Mercer’s Mary Courville in the Gold singles bracket.

Andrea Pascual (Basauri, Spain) took the top-spot in the Maroon singles draw after finishing undefeated this weekend. In the championship match, she found herself down 1-0 after the first set, but won the next two sets 6-2 to take the match to defeat Furman’s Mary Ann Rompf. Previously, Rompf had not lost a set all weekend.

Yunuen Elizarras (Cuernavaca, Mexico) won the first two matches of the weekend before losing in the third.  She battled back to beat Radford’s Malik Falk in the third-place match 6-0, 6-3.

The Bucs are back in action next weekend at the Mercer Gridiron Classic.