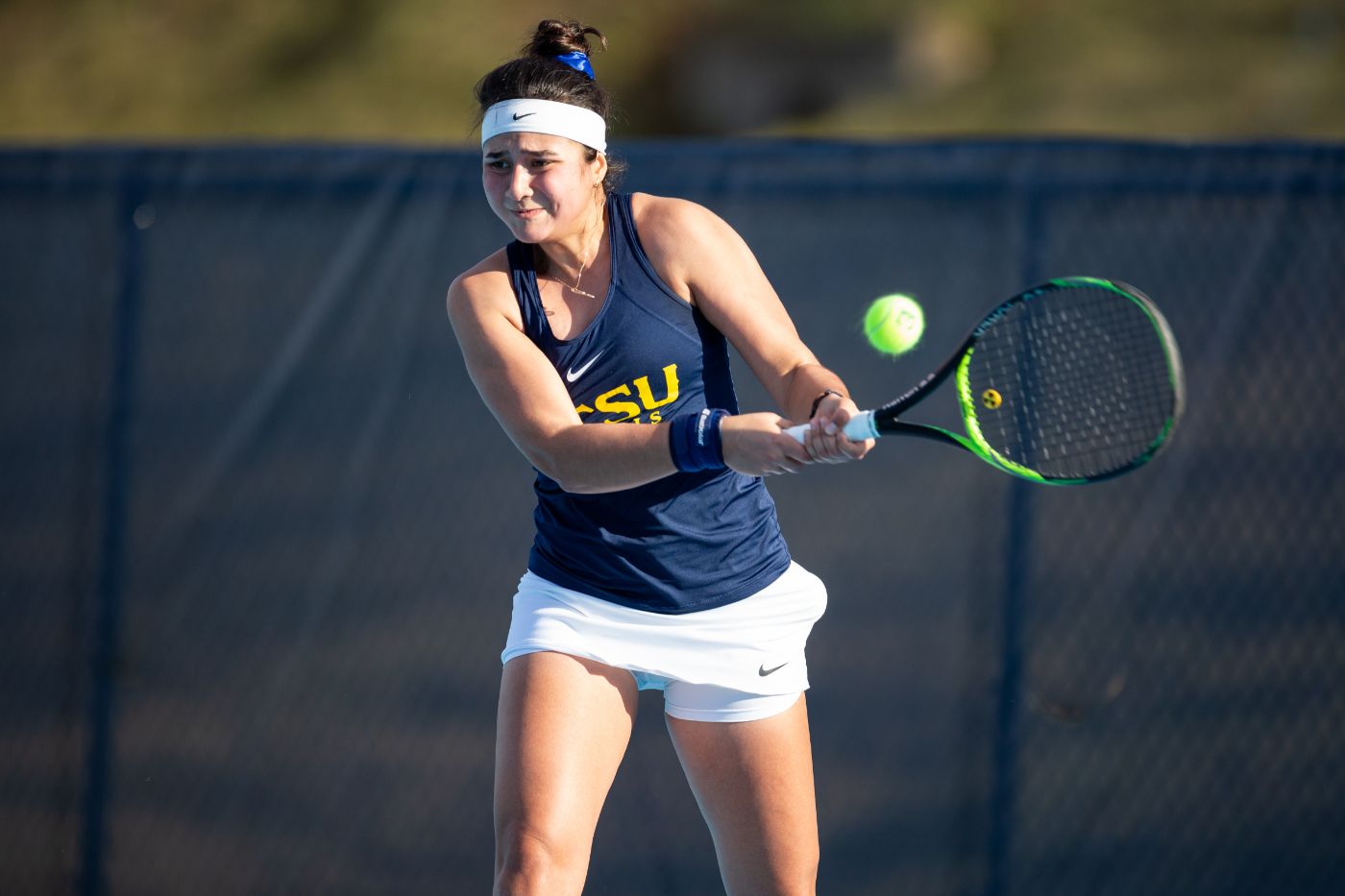 Murfreesboro, Tenn. (Oct. 19, 2019) – After the Blue and Gold walked away with two singles victories on day one of the ITA Ohio Valley Regional Championship, ETSU women’s tennis team was faced with tough power-five opponents on day two in the main singles draw. Raquel Amaro (Caracas, Venezuela) and Andrea Larrinaga (Basauri, Spain) won both second round bouts before falling in the third round Friday afternoon.

After a bye in the first round, Amaro won her first match of the regional with a straight set win over UTC’s Jessie Young. Her next battle was against UT’s Staines who sits at 89th-ranked nationally. It was a close match as Amaro sent the battle into a third set but fell in a tie break 8-6.

Larrinaga defeated Louisville’s Diana Wong in the second round before dropping the third-round matchup in straight sets to Vanderbilt’s Dash Kourkina.

After losing her bout in Thursday’s first round, Yunuen Elizarraras (Cuernavaca, Mexico) won her consolation battle in straight sets, 6-0 ,6-3. Also in consolation matches on Friday, both doubles teams finished competition with victories as the duos of Arraras/Caravjal and Morales/Amaro walked away with 8-4 and 8-5 wins respectively.

The Bucs are back in action on Nov. 1 when they travel to the Crimson Tide Invitational.