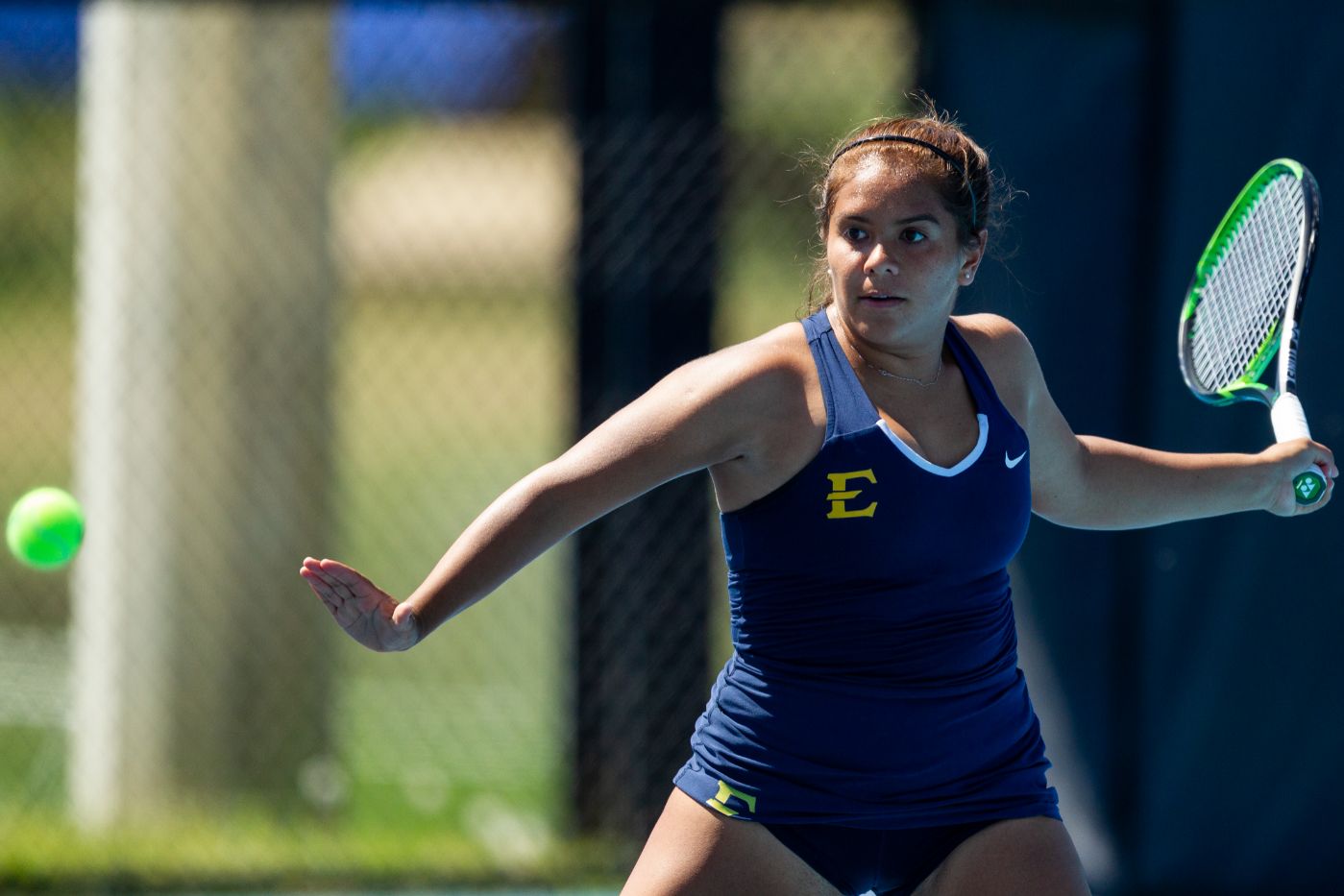 In doubles play, the No. 1 duo of Laylo Bakhodirova (Tashkent, Uzbekistan) and Alejandra Morales (Santiago, Chile) took the fourth game of the set, but were unable to overcome the top-ranked doubles team in the country in NC State’s Alana Smith and Anna Rodgers. NC State clinched the doubles point as their team of Dylan Cannon and Adriana Reami defeated the newly formed pair of ETSU’s Michelle de Haan (Drenthe, Netherlands) and Yunuen Elizarraras (Cuernavaca, Mexico), 6-3. At No. 2 singles Andrea Pascual-Larrinaga (Basauri, Spain) and Raquel Amaro (Caracas, Venezuela) were up 5-3, but their match went unfinished.

With a 1-0 advantage heading into singles play, the Wolfpack won the next three matches in straight sets to clinch the match. The two squads played to the end which gave Elizarraras and the Bucs an opportunity to secure their first point of the match with her 6-2, 6-3 victory at No. 6 singles.

The Wolfpack completed the match with two wins at No. 5 and No. 2 singles. ETSU’s Morales at No. 2 competed with the 18th-ranked singles player in the nation in the first set falling 7-5, but was unable to send her match to the third set with a 6-3 setback in the second frame.

With the defeat, the Blue and Gold fall to 0-1, while the Wolfpack advance to 2-0 after two wins over Southern Conference opponents today (defeated Furman 5-2).

ETSU women’s tennis is back in action on Jan. 25 when they travel to Davidson. The match is slated to begin at 10:30 a.m.