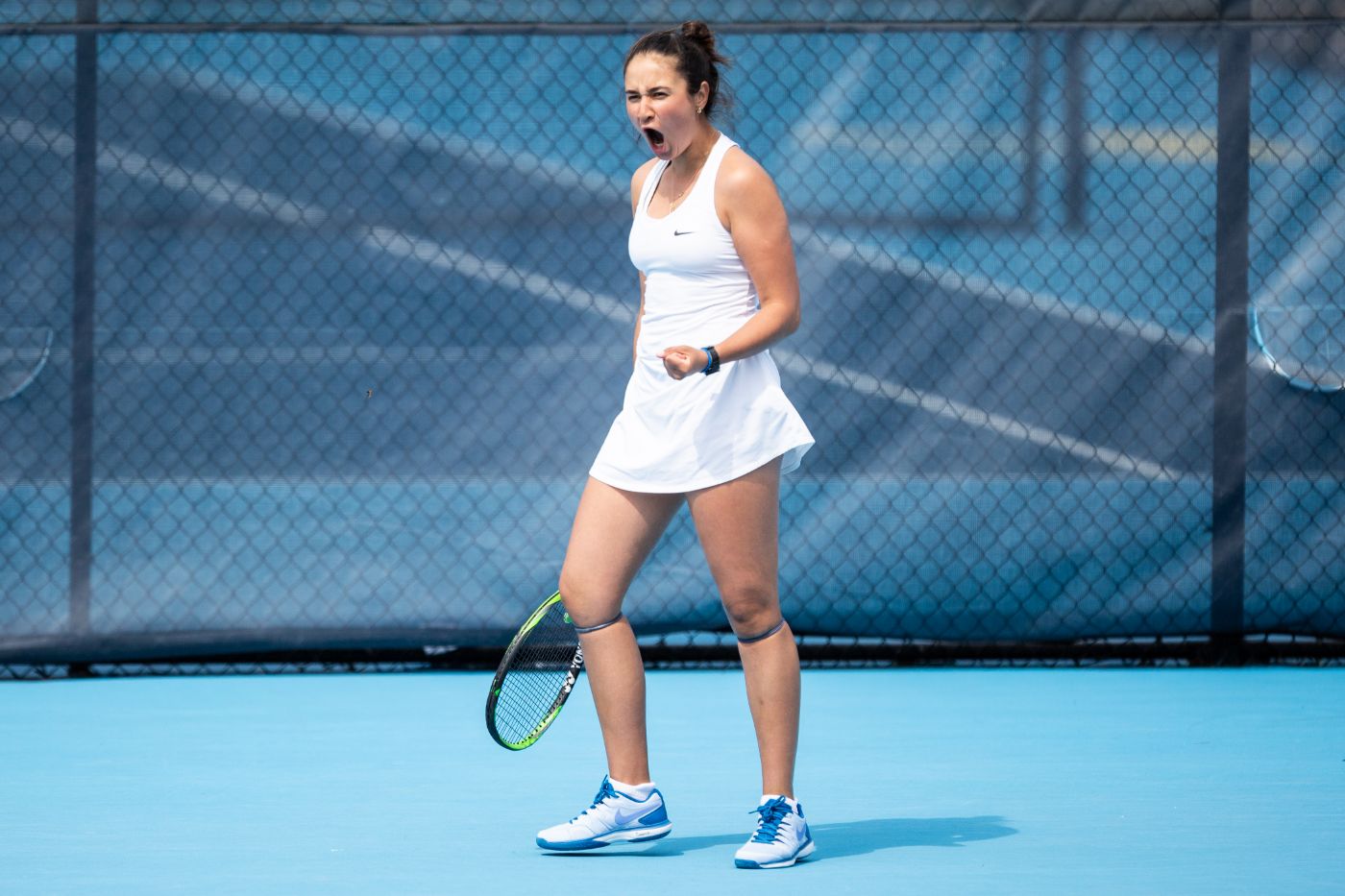 DAVIDSON, N.C. (Jan. 25, 2020) — After a 10-day break from the court, the ETSU women’s tennis team was back in action on Saturday morning and took down the Davidson Wildcats 6-1 to claim the first win for the Blue and Gold this season.

The Wildcats and the Bucs split the first two doubles matches at No. 1 and No. 3 which made the decisive point come down to the No. 2 bout. ETSU took the top flight 6-1 to secure the first win for the duo of Laylo Bakhodirova (Tashkent, Uzbekistan) and Alejandra Morales (Santiago, Chile) this season. At the number two spot, Raquel Amaro (Caracas, Venezuela) and Andrea Pascual-Larrinaga (Basauri, Spain) gave ETSU the doubles point with a 6-2 victory.

Yunuen Elizarraras (Cuernavaca, Mexico) secured the final point for the Bucs with a 6-4, 6-2 victory at No. 6 singles. In the final match of the afternoon, Michelle de Haan (Drenthe, Netherlands) fell in a tiebreak, 10-5 after splitting the first two sets, as the Wildcats got their lone point of the match.

The Bucs continue their road trip tomorrow with a match against Virginia Tech at 3 p.m. Last season, ETSU defeated the Hokies 4-3. To follow along with live stats, click here.