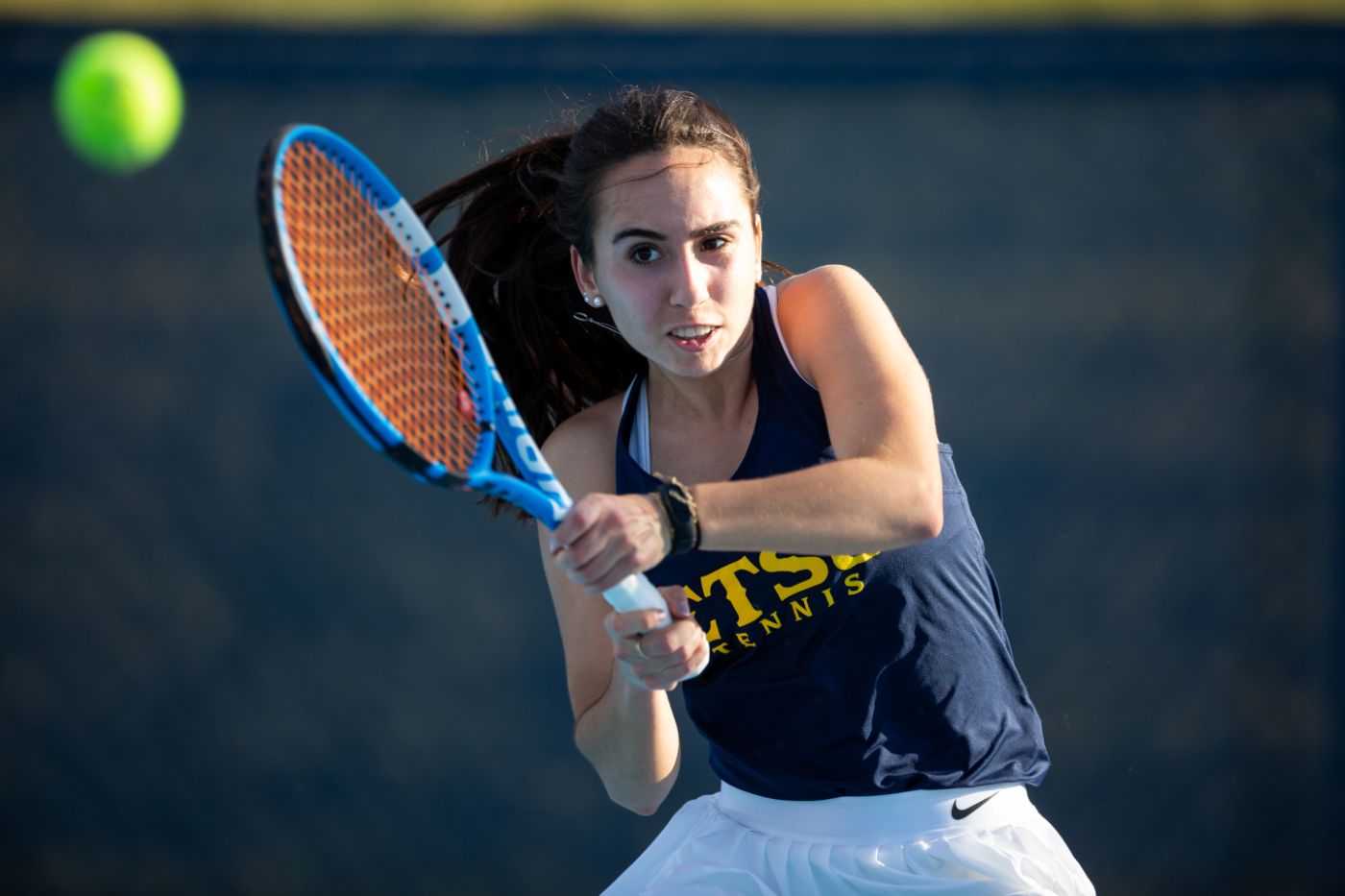 BLACKSBURG, Va. (Jan. 26, 2020) — A little more than 24 hours after their victory over Davidson, ETSU’s women’s tennis team was back in action on Sunday afternoon as they took on the Virginia Tech Hokies. After dropping five of the six first sets in singles play, ETSU was unable to regain momentum, falling to the Hokies 6-1.

In doubles play, Virginia Tech was able to gain the advantage with wins at the number two and the number three spots to secure the doubles point. In singles play, down 1-0, the Hokies got off to a hot start winning the first set in five of the six matches. The lone first-set win came at the hands of Andrea Pascual-Larrinaga (Basauri, Spain) at No. 3 who clinched the first point for the Bucs on the afternoon. After her opponent won the second set, Pascual-Larrinaga got the win in a thrilling super tiebreak, 11-9.

Around the rest of singles play, Michelle de Haan (Drenthe, Netherlands) and Yunuen Elizarraras (Cuernavaca, Mexico) both went into a third set, but fell 6-4 and 6-3 respectively in the final stanza.

With the loss, ETSU falls to 1-2 as Virginia Tech moves to 2-0 after defeating Appalachian State earlier today. The Bucs are back in action on Feb. 7 as they host the Georgia State Panthers location is to be determined based on weather. For more information head to ETSUBucs.com.