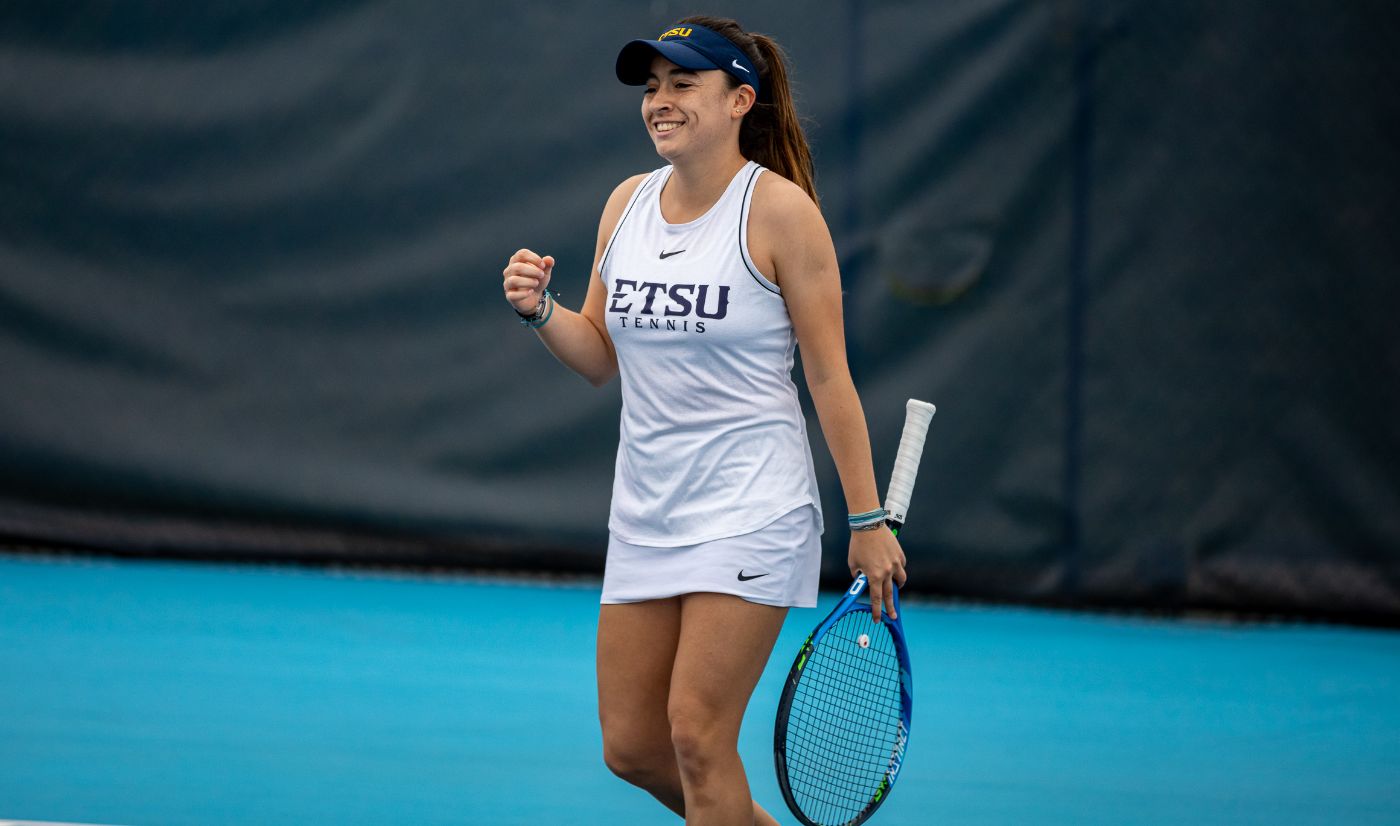 BRISTOL, Tenn. (Feb. 28, 2020) — The winning ways continued on Friday afternoon for ETSU’s women’s tennis team at the Bristol Racquet Club as they took down the Charlotte 49ers 4-2.

Alejandra Morales (Santiago, Chile) got the ball back on the Bucs’ side of the court with a 6-3, 6-3 victory at No. 2 singles to begin singles action to tie the match at one. Laylo Bakhodirova (Tashkent, Uzbekistan) continued her success in singles play as she took down the 49ers' Safont at the top spot, 6-2, 6-4. The Blue and Gold won their third straight singles battle as Andrea Pascual-Larrinaga (Basauri, Spain) captured consecutive 6-4 victories at the three spot to move the Bucs within one match away from a victory.

After today’s win, ETSU has won three straight matches after not winning back-to-back matches coming into this week. Bakhodirova began the season 1-4, but has won five straight to improve to 6-4 at the top singles spot. Coming into today, all three of Charlotte’s losses had come to ACC opponents.

ETSU improves to 6-4 on the season as Charlotte falls to 9-4. The Bucs await their second ranked opponent of the season as they host the 49th-ranked Appalachian State Mountaineers on Sunday morning at 9 a.m.