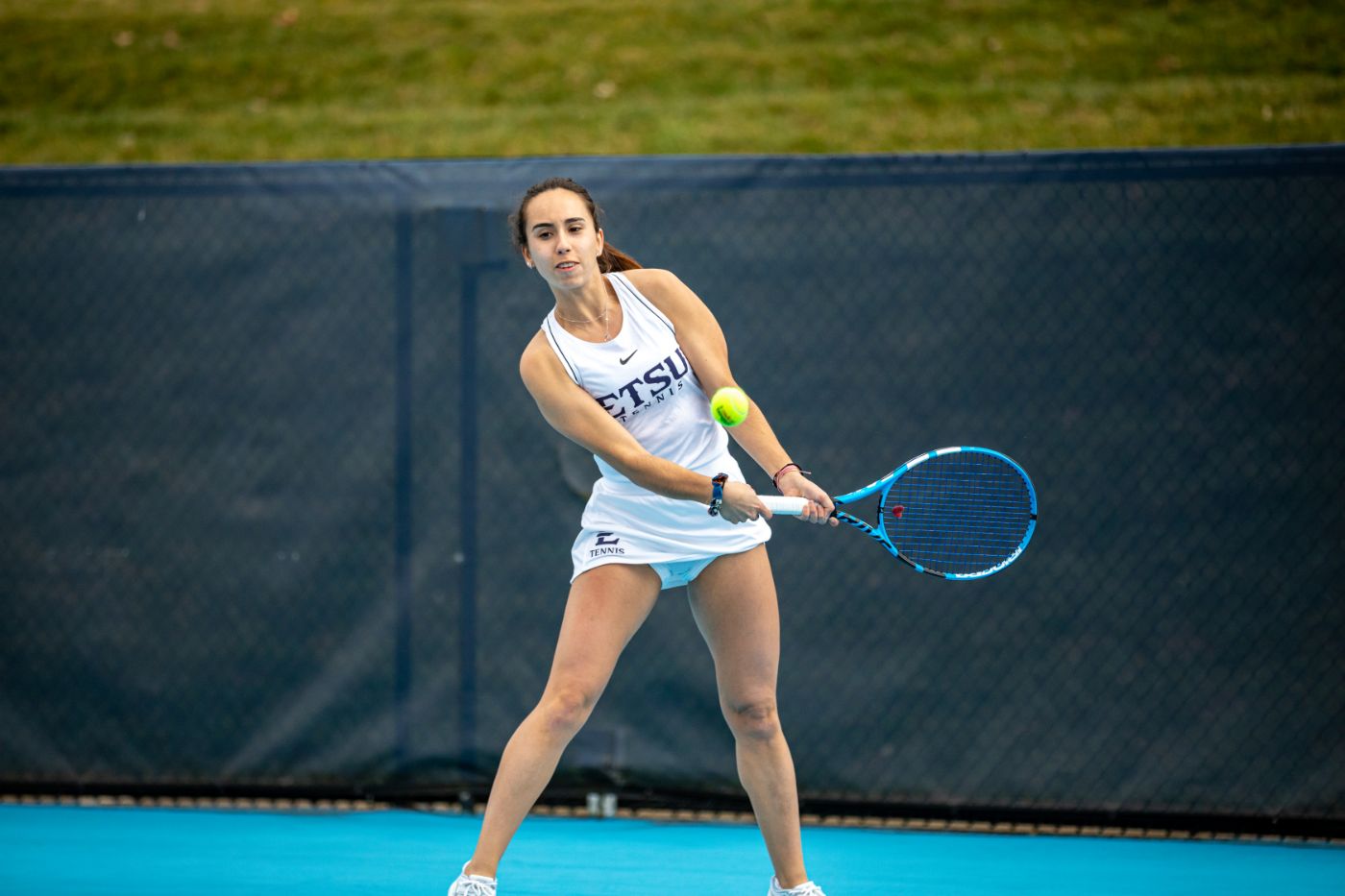 BRISTOL, Tenn. (March 1, 2020) — The Bucs secured their season-best fourth win in a row on Sunday morning as they took down the 49th-ranked Appalachian State Mountaineers at the Bristol Racquet Club. The win marked the highest ranked win for ETSU in program history.

The Bucs captured the doubles point starting with Laylo Bakhodirova (Tashkent, Uzbekistan) and Alejandra Morales (Santiago, Chile) taking the No. 1 match at 6-2. Matching the score at the three spot was Michelle de Haan (Drenthe, Netherlands) and Maria Carvajal (Carvajal, Queretaro, Mexico) to give ETSU a 1-0 advantage.

In singles action, Morales began ETSU’s success with a score of 6-1, 6-3 at No. 2 singles while Andrea Pascual-Larrinaga (Basauri, Spain) got the win, 3-6, 6-3, 6-4 at No. 3. Continuing the Bucs’ winning ways at the fourth singles match was Raquel Amaro (Caracas, Venezuela) who defeated her opponent in straight sets, 6-2, 6-0 to give the Bucs the ranked win.

At the top flight in singles competition, Bakhodirova was up 5-3 in the third set over No. 65 Pisareva.

This marked the first ranked win for the Bucs since March 3, 2014 when they beat No. 62 College of Charleston.

“I’m very happy for our girls,” said Head Coach Ricardo Rojas. “We played great all weekend and I’m excited to see what’s ahead in the future. We showed a lot of grit and poise in both matches and extremely proud of this group”