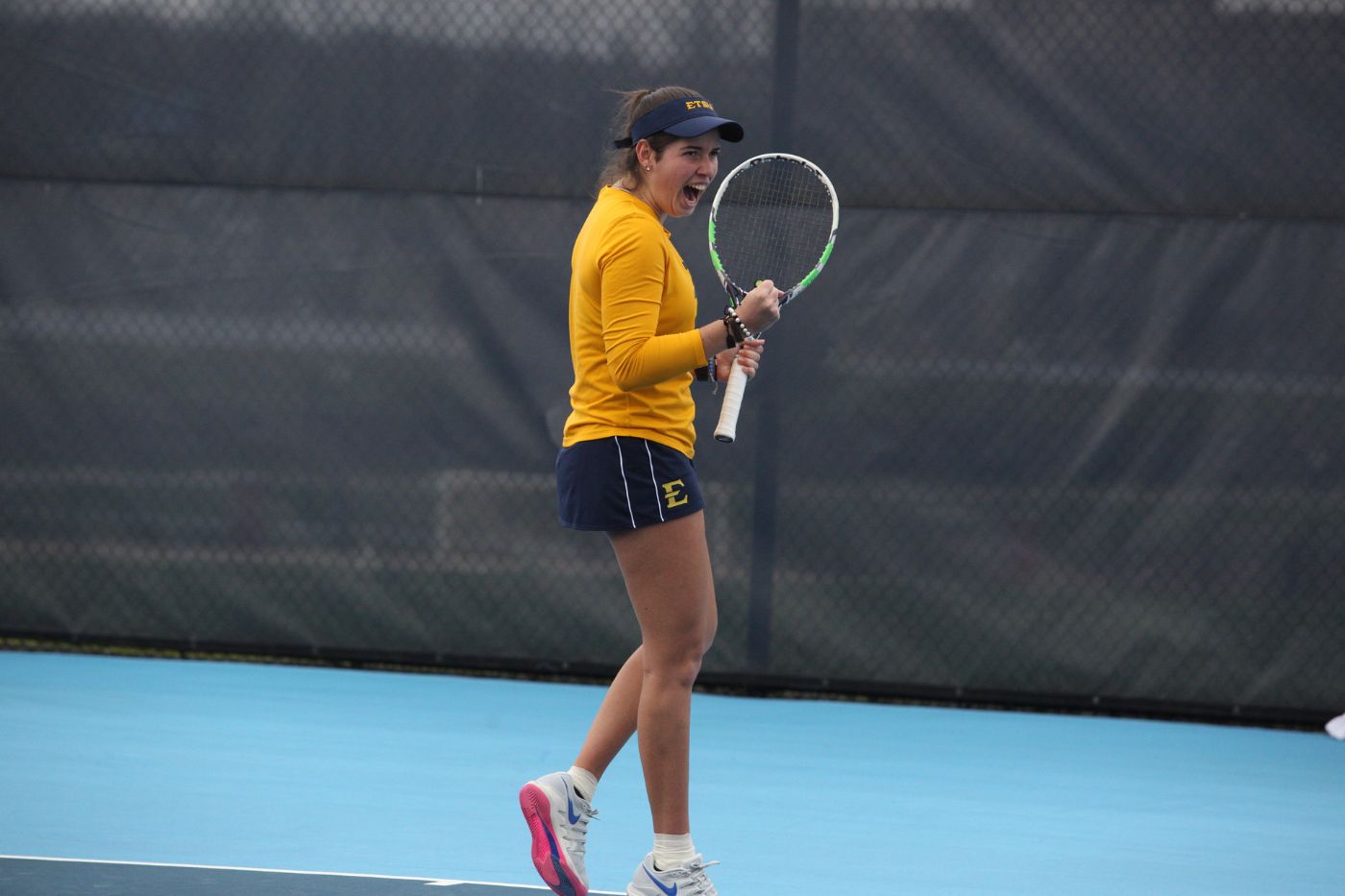 JOHNSON CITY, TENN. (March 5, 2020) — The ETSU Women’s Tennis team began Southern Conference play on Thursday afternoon hosting the Western Carolina Catamounts. The Blue and Gold improved to 8-4 on the season and 1-0 in SoCon action as they defeated the Catamounts 6-1.

The Bucs captured the doubles point in just 25 minutes with wins at the No. 2 and No. 3. At the two spot, Andrea Pascual-Larrinaga (Basauri, Spain) and Raquel Amaro (Caracas, Venezuela) defeated their Catamount opponent 6-2. Just a few seconds later on the third court Michelle de Haan (Drenthe, Netherlands) and Maria Carvajal (Carvajal, Queretaro, Mexico) won their match 6-1 to put the Bucs up 1-0 heading into singles.

After taking a 1-0 lead into singles play, the Bucs jumped off to a quick 2-0 advantage after winning by default at No. 2. Three singles matches finished within a span of a few minutes to give the Bucs the match as Amaro was the first to clinch her victory with a straight set win at No. 4.  Next was Carvajal at the five spot who secured a 6-2, 6-0 victory to clinch the match for ETSU. On court three, Pascual-Larrinaga continued the success for the Blue and Gold defeating her Catamount opponent, 6-1, 6-2.

The top two spots were much more competitive. After falling in the first set 6-3, Laylo Bakhodirova (Tashkent, Uzbekistan) battled back in the top spot to force a tiebreak to decide the match. Bakhodirova won the tiebreak 10-8 and now has won six straight results. At number two, Alejandra Morales’ (Santiago, Chile) comeback fell short losing both sets 6-4.

Pascual-Larrinaga has now won five singles matches in a row. The Bucs continue SoCon play on Saturday at 1 p.m. at the Dave Mullins Tennis Complex as they host the Wofford Terriers.