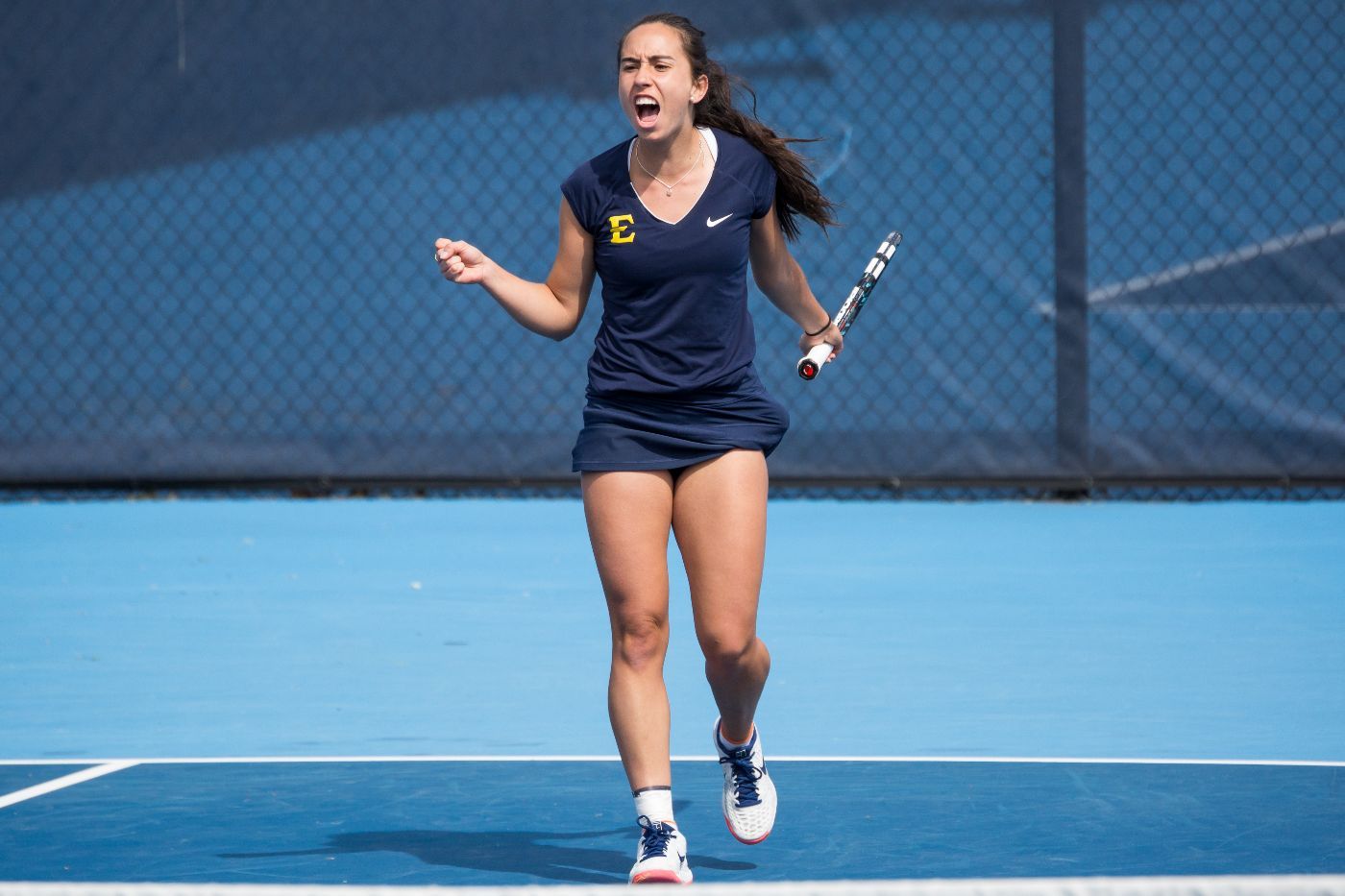 BRISTOL, Tenn. (Jan. 30, 2021) — After their first sweep of the season a week ago, the ETSU Women’s Tennis team picked up where the left off earning their second straight win in Bristol on Saturday afternoon. ETSU defeated MTSU 6-1 to improve to 2-2 on the season.

For the second straight match, the Blue and Gold went into singles play with a 1-0 lead. Andrea Pascual-Larrinaga (Basauri, Spain) and Maria Carvajal (Queretaro, Mexico) made quick work of their opponent, not allowing the Blue Raiders to win a game to pick up the Bucs’ first doubles win of the afternoon. Alejandra Morales (Santiago, Chile) and Mayya Gorbunova (Moscow, Russia) locked in the doubles point for ETSU with a 6-2 victory at the top spot.

Pascual-Larrinaga continued her dominance into singles play and quickly earned the second point of the match for ETSU downing her opponent in straight sets, 6-1, 6-0. After the Blue Raiders earned their only point of the match with a victory at No. 2, Laylo Bakhodirova (Tashkent, Uzbekistan) picked up her second win of the season in three sets (6-2, 3-6, 6-2) at the No. 1 bout. Carvajal continued her success at the fifth singles spot and clinched the match for the Bucs with a straight set, 6-2, 6-3 win.

Freshman Emilia Alfaro (Azul, Argentina) at the No. 4 spot and Yunuen Elizarraras (Cuernavaca, Mexico) at the No. 6 wrapped up the match for the Blue and Gold, both recording wins. Carvajal won in straight sets, 6-2, 6-3 while Elizarraras’s match went to a third-set tiebreak and she won 10-7.

With the win, ETSU has won 19 straight home openers. The last time the Bucs were defeated in their first home match was against Tennessee in 2002.