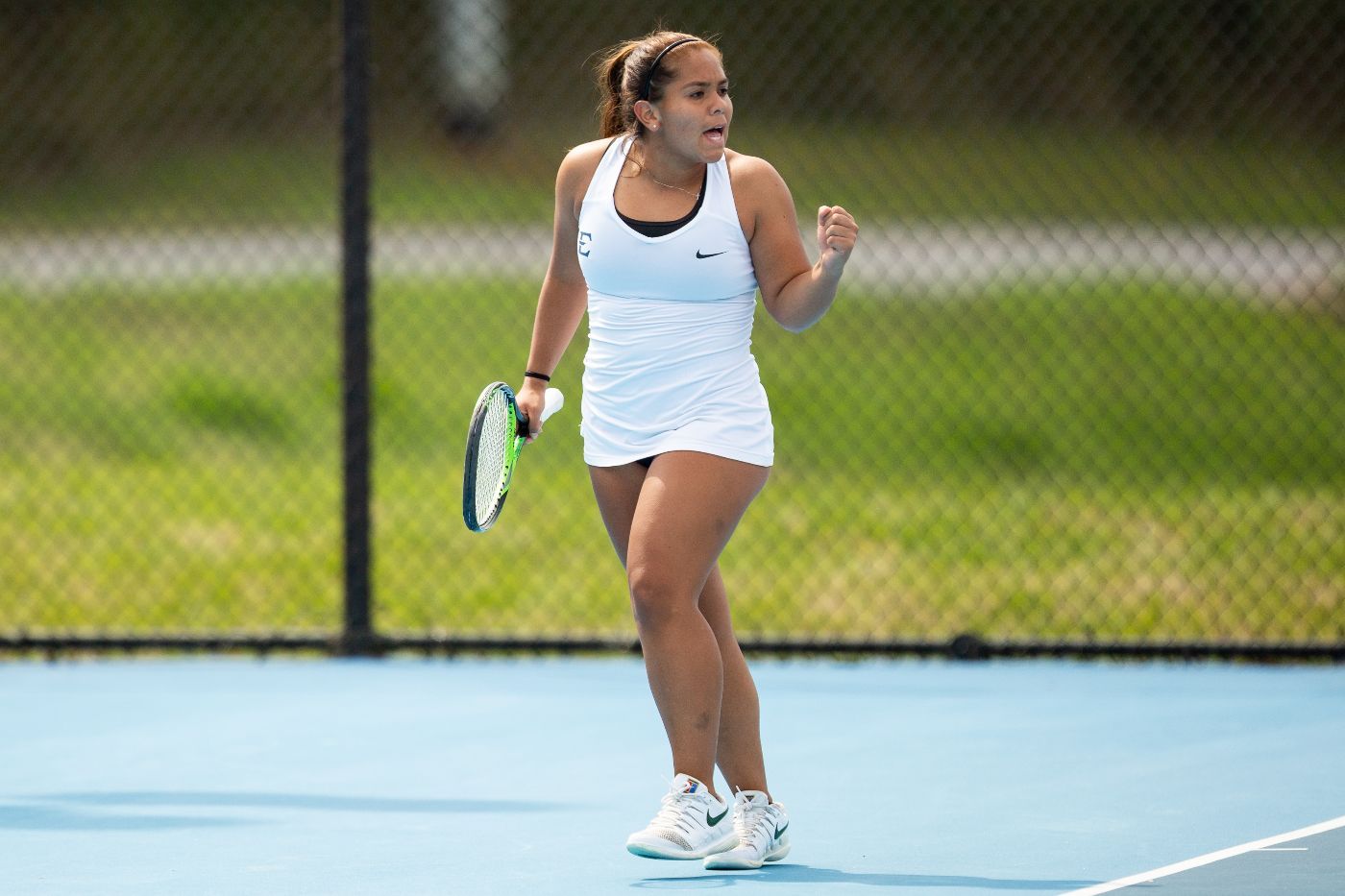 NASHVILLE, Tenn. (Feb. 6, 2021) — The ETSU Women’s Tennis team continued their success in Nashville on Saturday afternoon as the Blue and Gold took down the Belmont Bears by a final score of 6-1 for their fourth straight victory.

ETSU improves to 4-2 on the season while Belmont falls to 1-3.

The Bucs started off strong from the first serve winning all three doubles contests. ETSU’s top duo of Alejandra Morales (Santiago, Chile) and Mayya Gorbunova (Moscow, Russia) and the Bucs’ No. 3 doubles pair of Andrea Pascual-Larrinaga (Basauri, Spain) and Maria Carvajal (Queretaro, Mexico) both won their matches, 6-3. Laylo Bakhodirova (Tashkent, Uzbekistan) and Emilia Alfaro (Azul, Argentina) had to win an extra game to secure their victory, but took down Belmont’s No. 2 pair, 7-5. This was the first time all season the Bucs won all three doubles bouts.

After sweeping four singles matches less than 24 hours ago, the Bucs swept five of six on Saturday. At the top spot, Bakhodirova battled back after yesterday’s loss and swept her opponent 6-3, 6-1. Pascual-Larrinaga at No. 3, won both sets, 6-2 while Emilia Alfaro in the No. 4 slot came out victorious, 6-1, 6-2. At the bottom two singles bouts, Carvajal (6-2, 6-1) and Elizarraras (6-1, 6-0), both won in straight sets, not allowing their Bears opponent to win more than three games in the match.

ETSU closes out its three-match road trip in Nashville tomorrow afternoon against Vanderbilt. The match will begin at approximately 3:30 p.m. EST after the Commodores men’s match concludes. For updates, follow ETSU Women’s Tennis on Twitter, @ETSU_WTennis.