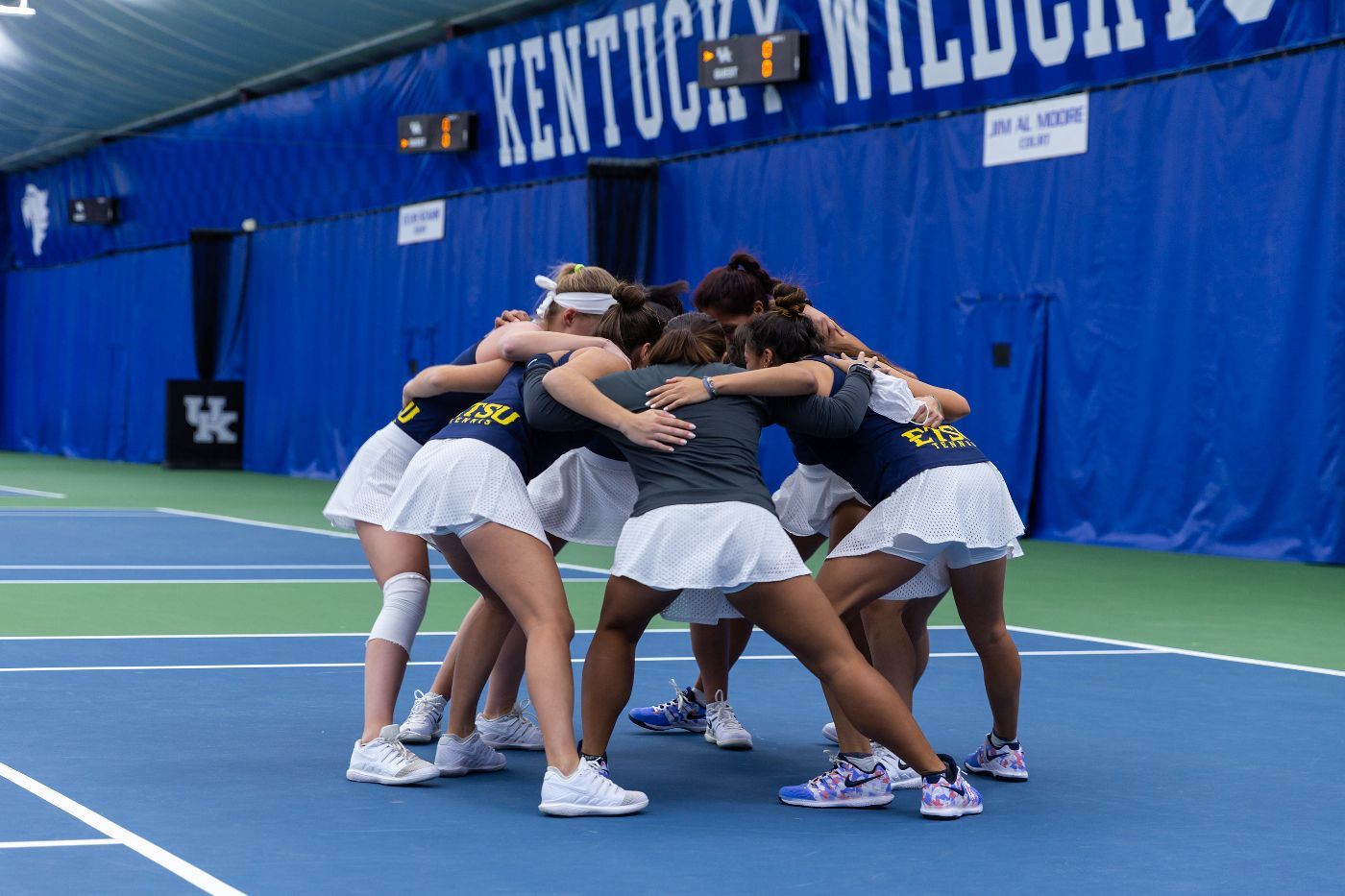 CHARLOTTE, N.C. (Feb. 25, 2021) — After seven straight road matches in February, the Bucs will play their eighth and final road match of the month at Charlotte on Friday afternoon at 1 p.m.

ABOUT ETSU
ETSU is 4-6 this season and is on a four-match losing skid. In singles play, two Bucs have a .500 record, Andrea Pascual-Larrinaga at No. 3 and Emilia Alfaro at No. 4. ETSU’s No. 3 doubles team of Marija Carvajal/Pascual-Larrinaga holds a 5-4 record, while the Bucs’ other two doubles pairings are a combined 6-12. ETSU is 0-3 against ranked opponents this year and are 1-1 coming off of a 7-0 loss.

ABOUT CHARLOTTE
Charlotte enters the match with an 8-3 record and have won eight of their last nine. Their only three losses have come to ranked opponents (No. 6 Duke, No. 16 Wake Forest and No. 1 UNC). Charlotte is 21-9 as a team in doubles action and holds a .600 winning percentage in singles matches. Charlotte has consistently changed its singles lineup with three different players playing at the top spot. Most frequently, it has been Ruxi Schech who has a 6-2 record playing at No. 1 singles.

SERIES HISTORY
ETSU leads the series against Charlotte, 11-4 all time. The Bucs have won the last six in a row dating back to 2005. Since the ITA changed the scoring to one doubles point, neither team has won 7-0.