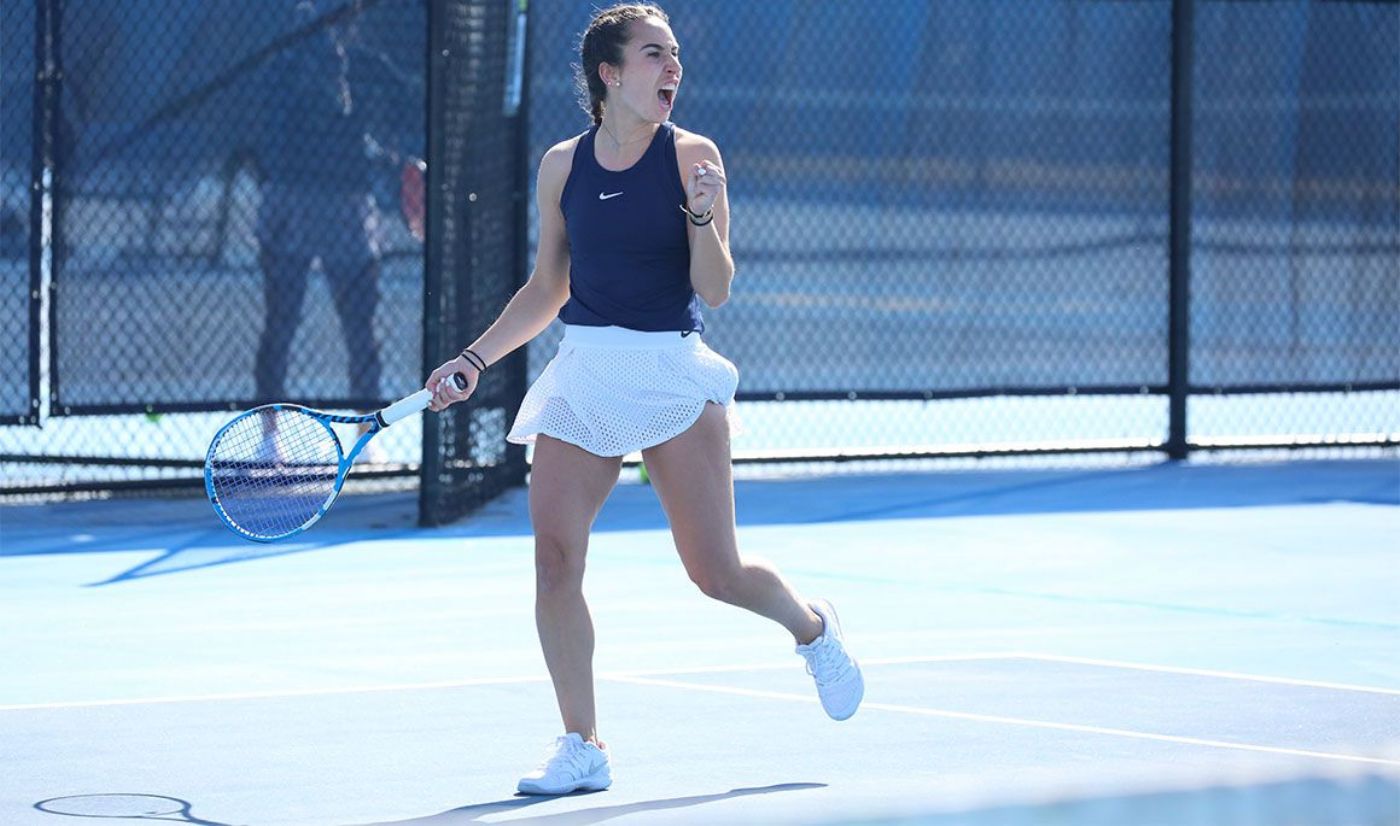 JOHNSON CITY, Tenn. (March 4, 2021) — After a five-match losing skid, the ETSU Women’s Tennis team got themselves back into the win column on Thursday afternoon as the Blue and Gold took down the Tusculum Pioneers, 6-1 at the Dave Mullins Tennis Complex.

The Bucs started off strong with a 6-0 win at No. 3 doubles courtesy of Yunuen Elizarraras/Mayya Gorbunova. Andrea Pascual-Larrinaga and Maria Carvajal secured the doubles point for the Blue and Gold at No. 2 with a 6-3 victory.

Elizarraras and Gorbunova did not leave their quick successes in doubles action. Both Buccaneer singles players made quick work of their opponents as Elizarraras blanked her opponent in straight sets at No. 6, while Gorbunova won 6-2, 6-0 at the five spot. It was Gorbunova’s first career collegiate singles victory.

Pascual-Larrinaga clinched the match for ETSU at the second singles bout, 6-2, 7-5 for her first win at No. 2. Back down the singles lineup, Carvajal won two tightly contested sets 6-4, 7-5 and Emilia Alfaro at number three defeated her Pioneer foe, 6-1, 6-4.

At the top spot, it was a tightly contested battle, but Tusculum’s Annie McCullough won 10-8 in a super tiebreak to give the Pioneers their lone point of the match.

The Blue and Gold extended their win streak at home to eight dating back to last year and improved their overall record to 5-7.