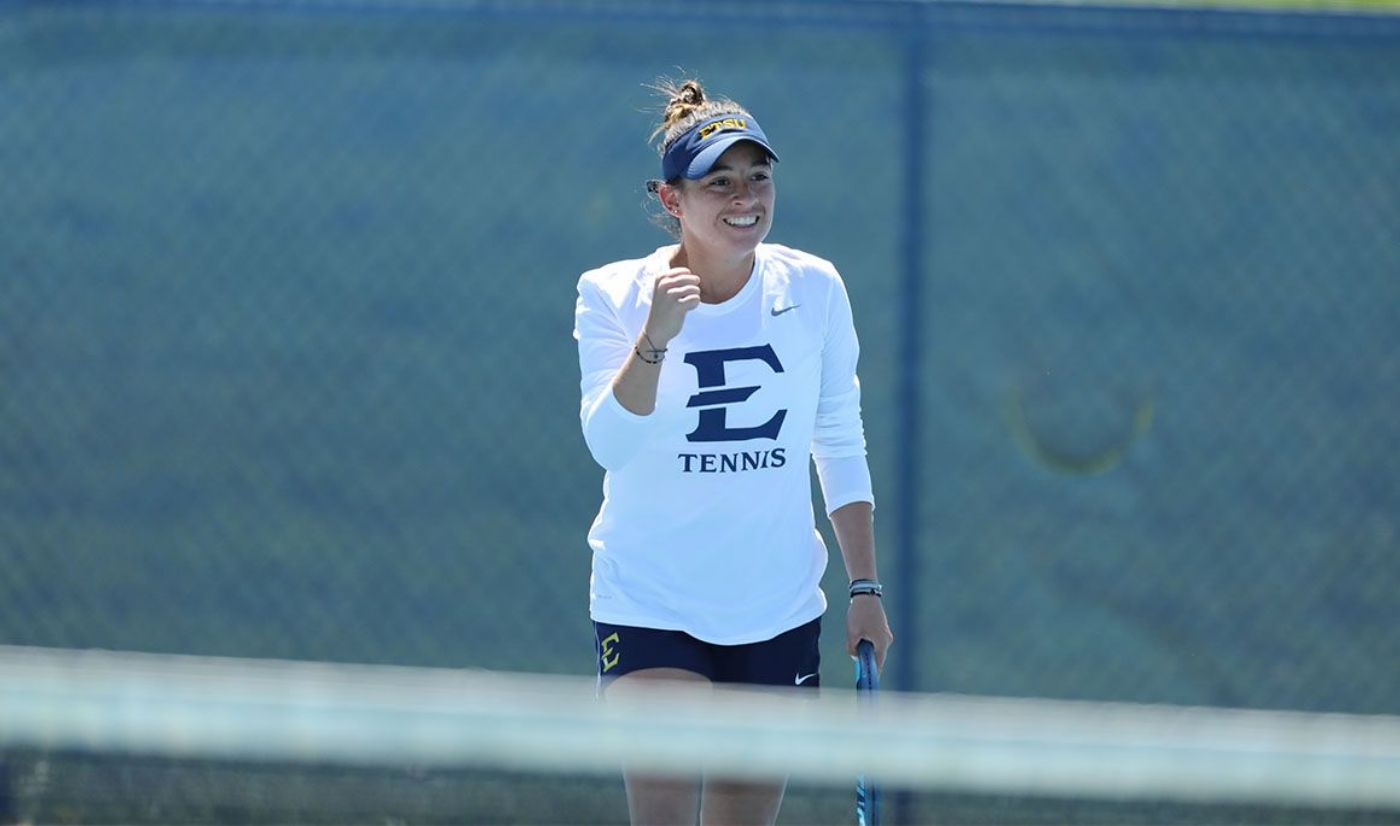 GREENVILLE, S.C. (April 16, 2021) – The ETSU Women’s Tennis team and the 32nd-ranked Furman Paladins are the last two unbeaten teams in the Southern Conference and face off on Saturday morning for the regular season crown. The Bucs and the Paladins are both 6-0 in league play entering the match. First serve is slated for 11 a.m.

ABOUT ETSU
ETSU is on a six-match win streak and after blanking Western Carolina last week. The streak dates back to the end of March as the Bucs won at South Florida, Samford and Wofford.

The Bucs are 12-8 overall and 6-0 in Southern Conference action. At the top spot for the Blue and Gold, Laylo Bakhodirova is 10-9 and has won five straight matches. Yunuen Elizarraras (Cuernavaca, Mexico) and Pascual-Larrinaga lead the team with a 13-6 record in singles action. Pascual-Larrinaga primarily plays the No. 3 singles position, while Elizarraras rounds out the lineup at No. 6.

ABOUT No. 32 FURMAN
Furman is 18-6 overall and matches ETSU’s 6-0 record in league play. The Paladins are led by Katarina Kozarov who is ranked seventh in the nation in singles play. She is 19-1 this season with her lone loss coming at No. 18 UCF. Furman’s other ranked singles player is Julia Adams. She sits at 77th in the ITA rankings with a 17-6 record. No SoCon opponent has won more than one match against Furman and the Paladins have swept every doubles point in conference play.

SERIES HISTORY
The teams met twice in 2019, when Furman recorded a 6-1 victory over ETSU in Greenville during the regular season then defeated the Bucs, 4-2, in the championship match of the league tournament.  The Paladins lead the all-time series, 32-1.