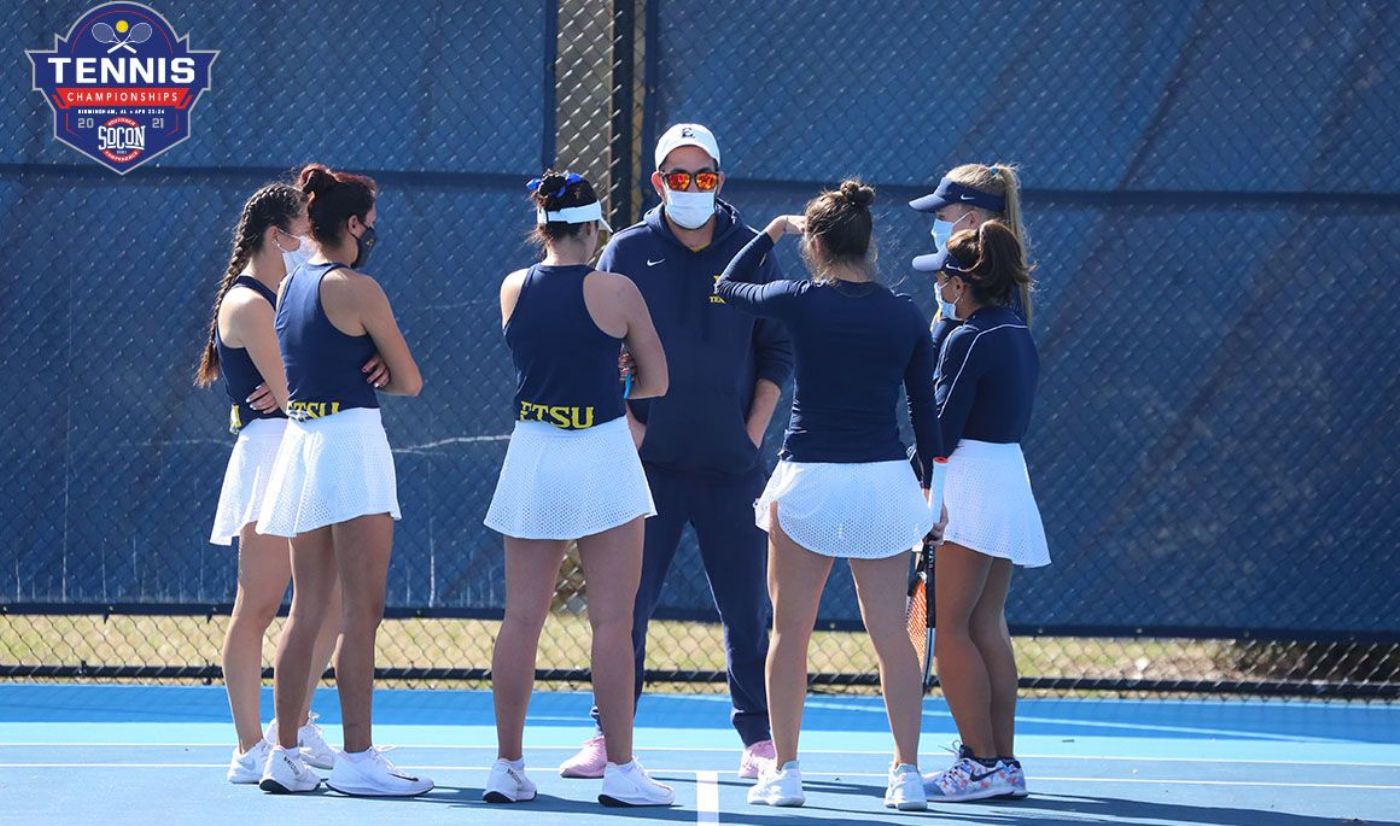 ETSU Claims No. 2 Seed in Alabama

SPARTANBURG, S.C. – The Southern Conference announced the pairings and times for the 2021 Southern Conference Women’s Tennis Championship on Sunday afternoon. Furman won the league’s regular-season crown and earned the top seed in the four-team tournament that will be held Friday, April 23, and Saturday, April 24, at the Hoover Met in Hoover, Alabama.

Furman, ranked 32nd nationally by the ITA, earned the No. 1 seed by finishing conference play with an unblemished 7-0 record, downing ETSU 5-2 in the regular-season finale on Saturday afternoon. The Paladins (19-6) will square off with No. 4 seed Samford (14-10, 4 -3 SoCon) on Friday at 2 p.m. CT in the first semifinal. Furman won the regular-season contest 7-0 on April 2.