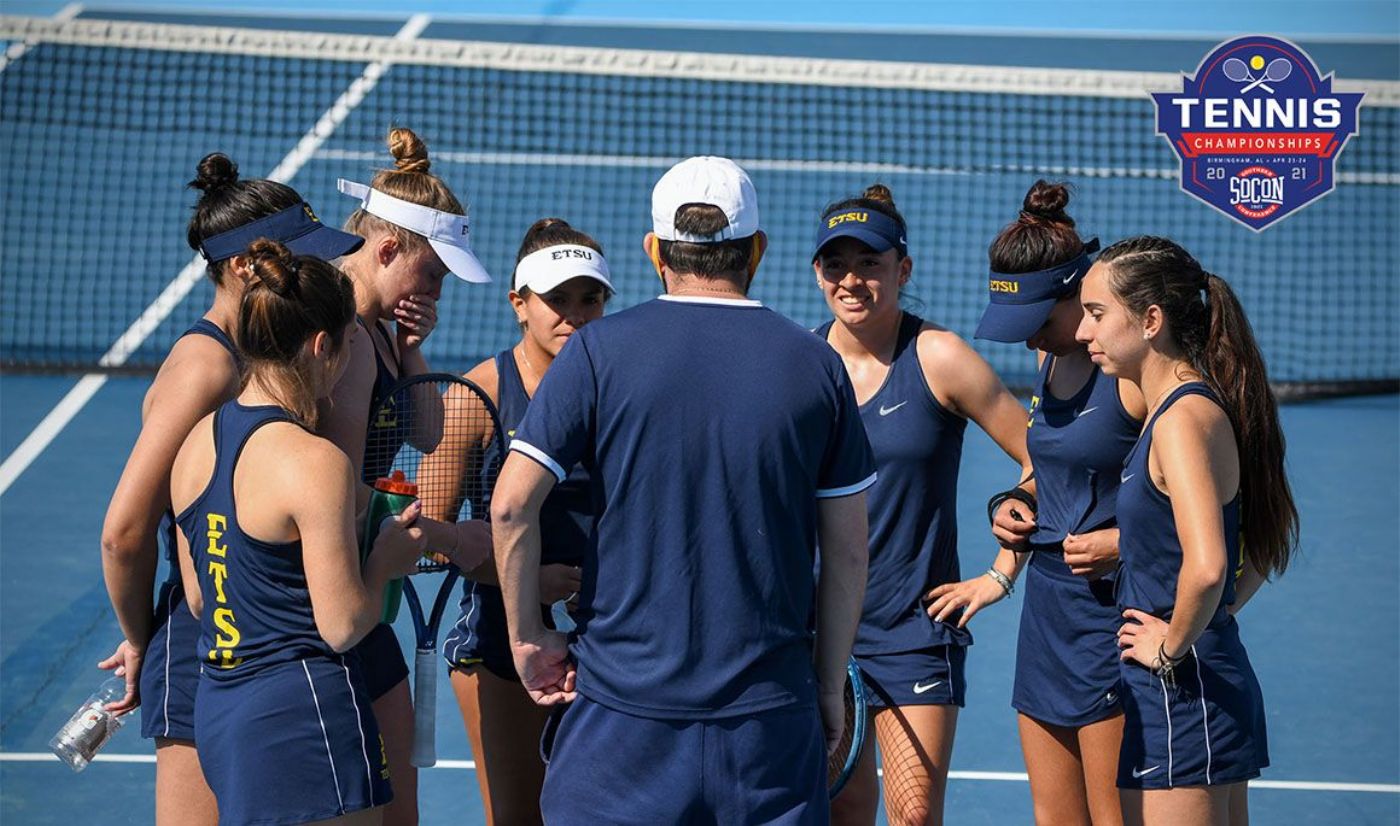 Hoover, Ala. (April 21, 2021) – After finishing the regular season with a 6-1 record in Southern Conference play, the ETSU Women’s Tennis team earned the No. 2 seed in the SoCon Tournament, taking place in Hoover, Ala. at the Hoover Met on Friday, April 23 and Saturday, April 24. The Bucs begin the tournament facing the three-seeded Wofford Terriers in the semifinals at 2 p.m.

ABOUT ETSU
Most recently, ETSU dropped its final match of the season, 5-2 at Furman, who took home to regular season championship and claimed the No. 1 seed in the tournament. The loss snapped a six-match win streak for the Blue and Gold who finished the regular season 12-9 overall. The Bucs are led at the top spot by Laylo Bakhodirova who went 10-10 in singles play and concluded the season 6-4 in her last ten matches. At No. 2, Alejandra Morales is 5-14, but has won three of her last nine decisions. Rounding out the top half of the Buccaneer lineup is Andrea Pascual-Larrinaga. The Basauri, Spain native went 14-6 this season and is riding a seven-match win streak in singles play into the tournament.

In her first season in Blue and Gold, Emilia Alfaro has primarily played at the No. 4 spot and holds a 13-8 record in singles action. She is 8-2 in her last ten matches and went 6-1 in SoCon contests. Maria Carvajal matches Pascual-Larrinaga’s win total and win streak at 14 and seven respectively. Yunuen Elizarraras rounds out the Buccaneer contingent with a 13-7 record at No. 6 singles. She is 9-1 in her last ten contests and went 6-1 in league play. Overall, the Buccaneers are 70-50 (.583) in singles action.

The Blue and Gold went 30-29 as a team in doubles play throughout the spring season. Led at the back of the lineup by the No. 3 duo of Carvajal and Pascual Larrinaga with a 12-8 record this season, the Bucs won five of seven doubles points in league play. Mayya Gorbunova/Morales at No. 1 went 7-12 this season, while Alfaro/Bakhodirova were .500 at 9-9 throughout the spring campaign.

SCOUTING THE FIELD
Furman earned the No. 1 seed with a perfect 7-0 record in league play and finished 19-6. The Paladins are currently ranked 31st in latest ITA rankings. The Bucs will play No. 3 Wofford in the semifinals. Wofford concluded the season 5-2 to earn the three seed with losses to ETSU and Furman. The Terriers are led by Jenna Vroman who went 8-7 at No. 1 singles and Lilie Steryous who finished the year with a 11-4 record at No. 2. The Terriers won just one doubles point in league play which came in the season finale against Western Carolina. Samford (4-3) rounds out the four teams in the tournament. The Bulldogs concluded the season winning their last three matches to secure their spot in the tournament.

EARLIER THIS SEASON VS WOFFORD
The Blue and Gold traveled to Wofford on March 29 and took down the Terriers 6-1. Steryous won the lone match of the afternoon for Wofford in a tight 6-7, 7-5, 10-8 victory. ETSU won three singles matches in straight sets, while No. 1 and 2 doubles were tightly contested with the Bucs coming out on top, 7-5.