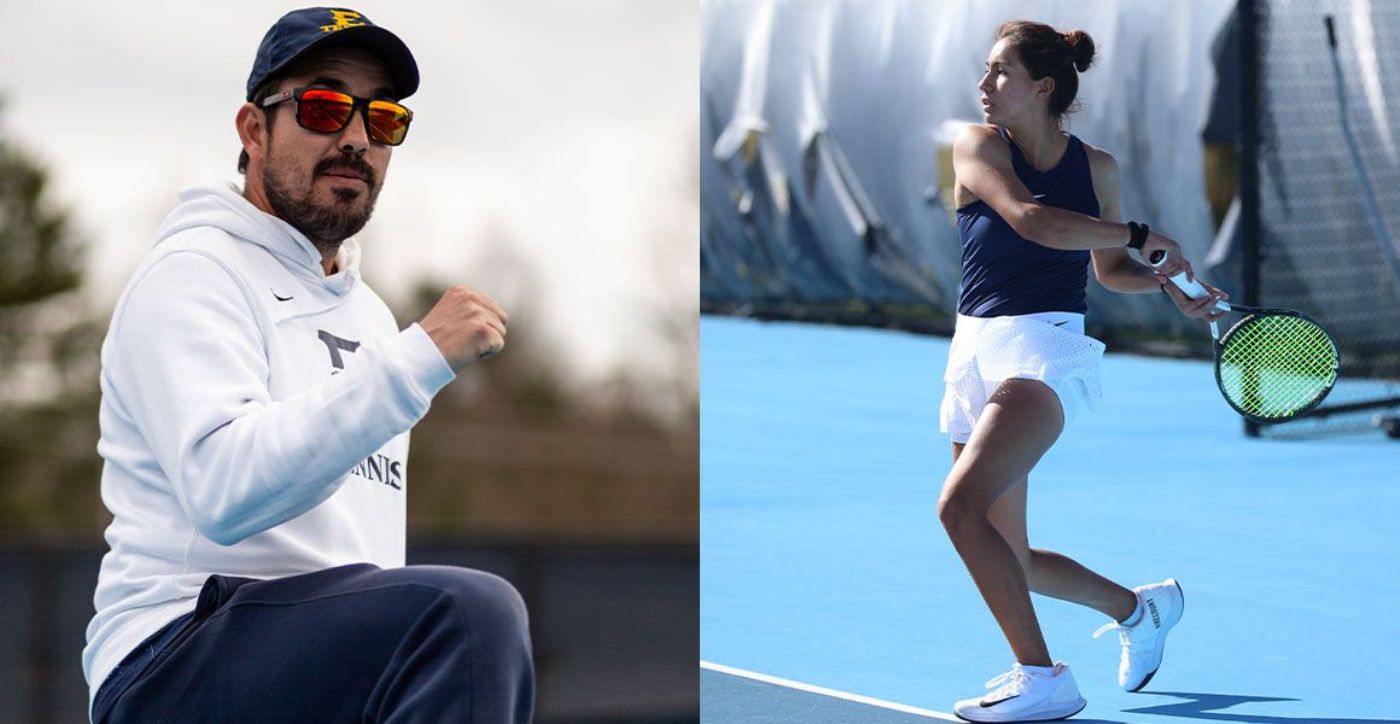 Rojas Named SoCon Coach of the Year; Carvajal Tabbed Freshman of the Year

In Rojas’ fourth season at the helm of the women’s tennis program, the Blue and Gold went 12-9 and 6-1 in SoCon play. ETSU finished second in the league for the fifth straight season (2020 not included). Coach Rojas has eclipsed the 12-win mark in each of his three completed seasons at ETSU.

Carvajal is the second Buccaneer to be named the SoCon Freshman of the Year. She concluded the season with a perfect 7-0 record in singles play, all at No. 5. Throughout the season, the Queretaro, Mexico native went 14-5 overall and concluded the regular season on a seven-match win streak. She won her last five matches in straight sets and six of her seven SoCon victories were in two. Only three of her 14 victories went the distance.

Laylo Bakhodirova (Tashkent, Uzbekistan) and Andrea Pascual-Larrinaga (Basauri, Spain) were First Team All-SoCon selections. Bakhodirova went 5-1 in SoCon play, all at the No. 1 singles position. This is her second straight first-team honor after being named to the team in 2019. The Uzbekistan product won three SoCon matches in straight sets without allowing her opponent to win more than three games in a set. Additionally, she was 2-0 in SoCon matches that went to three sets.

Pascual-Larrinaga was dominant at the No. 3 singles spot for the Blue and Gold. She was a perfect 7-0 in league play, winning all seven matches in straight sets. The lone senior on the squad concluded the season 14-6 and won nine of her last 10 matches. Five of her six losses this season went to three sets, while 13 of her 14 her victories were completed in two.

Emilia Alfaro (Azul, Argentina) and Carvajal were awarded Second-Team All-SoCon honors. Alfaro went 5-1 in SoCon play and 13-8 throughout the regular season. Four of her five league victories came in straight sets, and she did not allow her opponent to win more than three games in 10 of 15 of sets in conference action. She began the season 5-1 and concluded the season 6-1 in her first year as a Buccaneer.

The powerful doubles duo of Carvajal and Pascual Larrinaga were tabbed to the All-SoCon Second Team at No. 3 doubles. The duo went 5-1 in league play and 13-6 this season. They won four of their five SoCon bouts by a margin of at least four games and blanked their league opponent twice.

Carvajal is the four Buccaneer to be named conference freshman of the year as ETSU Hall of Famer, Tara Byrne, and Lyn Yee Choo both received the accolade in the ASUN. Kristy Pace was the first ETSU player to receive the honor in 1993.

The second seeded Buccaneers will face Wofford, who is the third seed in the Southern Conference Tournament on Friday, April 23 at 2 p.m. in Hoover, Ala.