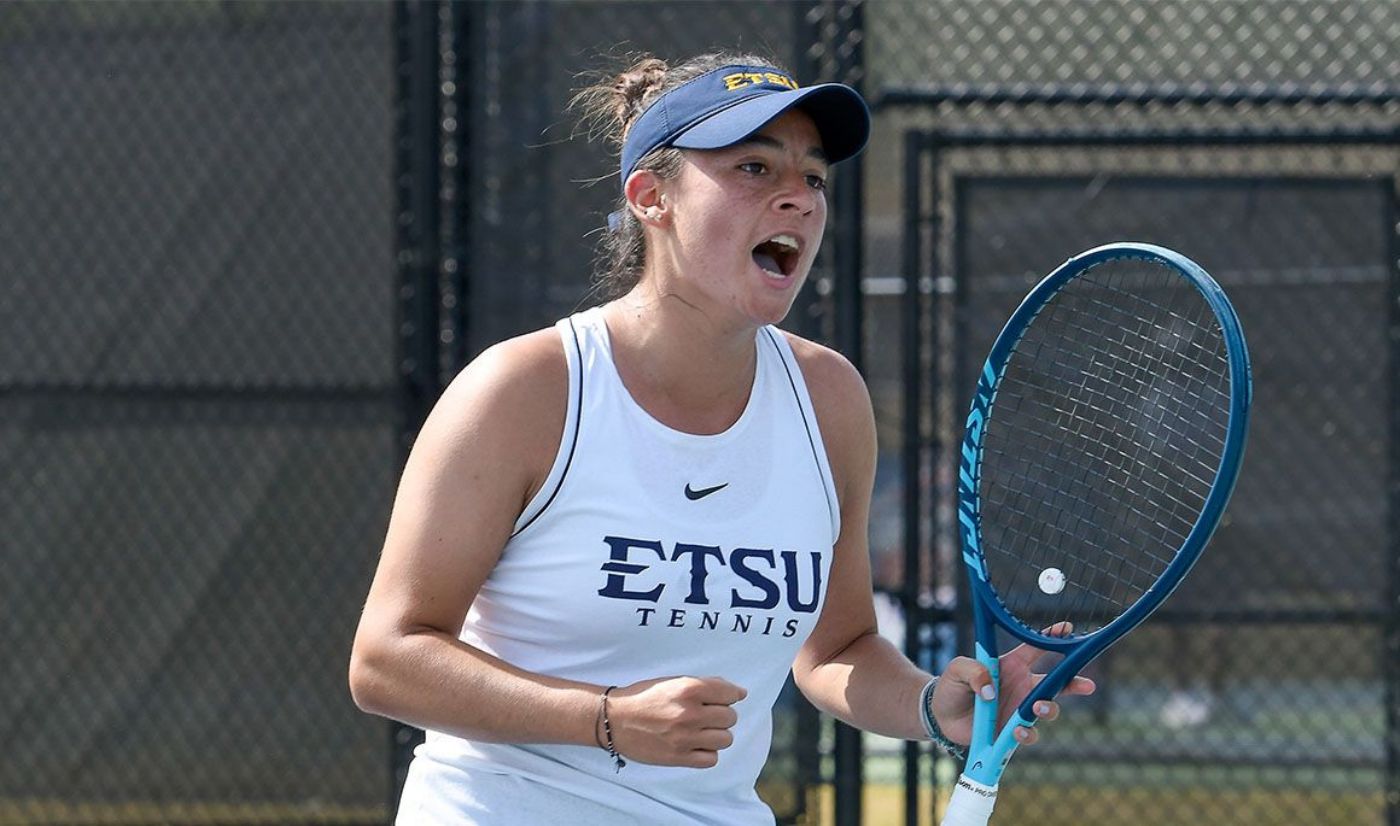 Hoover, Ala. (April 23, 2021) – The second seeded ETSU Women’s Tennis team made quick work of the No. 3 Wofford Terriers in the Southern Conference Semifinals on Friday afternoon, blanking the Terriers 4-0 to advance to the SoCon Championship match on Saturday.

The Bucs and the Terriers began doubles action alternating the first few games at No. 1 and 3 as neither team was able to hold more than a one game advantage through the first four games of either doubles match. ETSU got rolling at No. 2 doubles. After taking a 2-1 lead, the Buccaneer duo of Laylo Bakhodirova (Tashkent, Uzbekistan) and Emilia Alfaro (Azul, Argentina) cruised to win the next four games, taking the match, 6-1. After Wofford’s top pair won at the No. 1 doubles spot, 6-4, it came down to the Second Team All-SoCon duo of Andrea Pascual-Larrinaga (Basauri, Spain) and Maria Carvajal (Queretaro, Mexico). The ETSU pair at the bottom of the lineup gave the Bucs the doubles point with a 6-3 victory.

Alejandra Morales (Santiago, Chile) began singles play with a 6-3, 6-0 straight set win at No. 2 to move ETSU within two points of moving to the championship contest. At the top spot, Bakhodirova used two 6-3 victories to notch the Bucs’ third point of the match. Alfaro netted a straight set win at No. 4 to clinch the match for the Blue and Gold. After taking the first set 6-4, she did not allow her opponent to win a game in the second, taking the match 6-4, 6-0.

Prior to the stoppage of play, Yunuen Elizarraras (Cuernavaca, Mexico) (No. 6) and Carvajal (No. 5) were both on top in the second set after winning the first.

ETSU will make its sixth consecutive championship match appearance, tomorrow, April 24 at 2 p.m. EST. The Blue and Gold face the top-seeded Furman Paladins who defeated Samford, 4-0 in the semifinals.