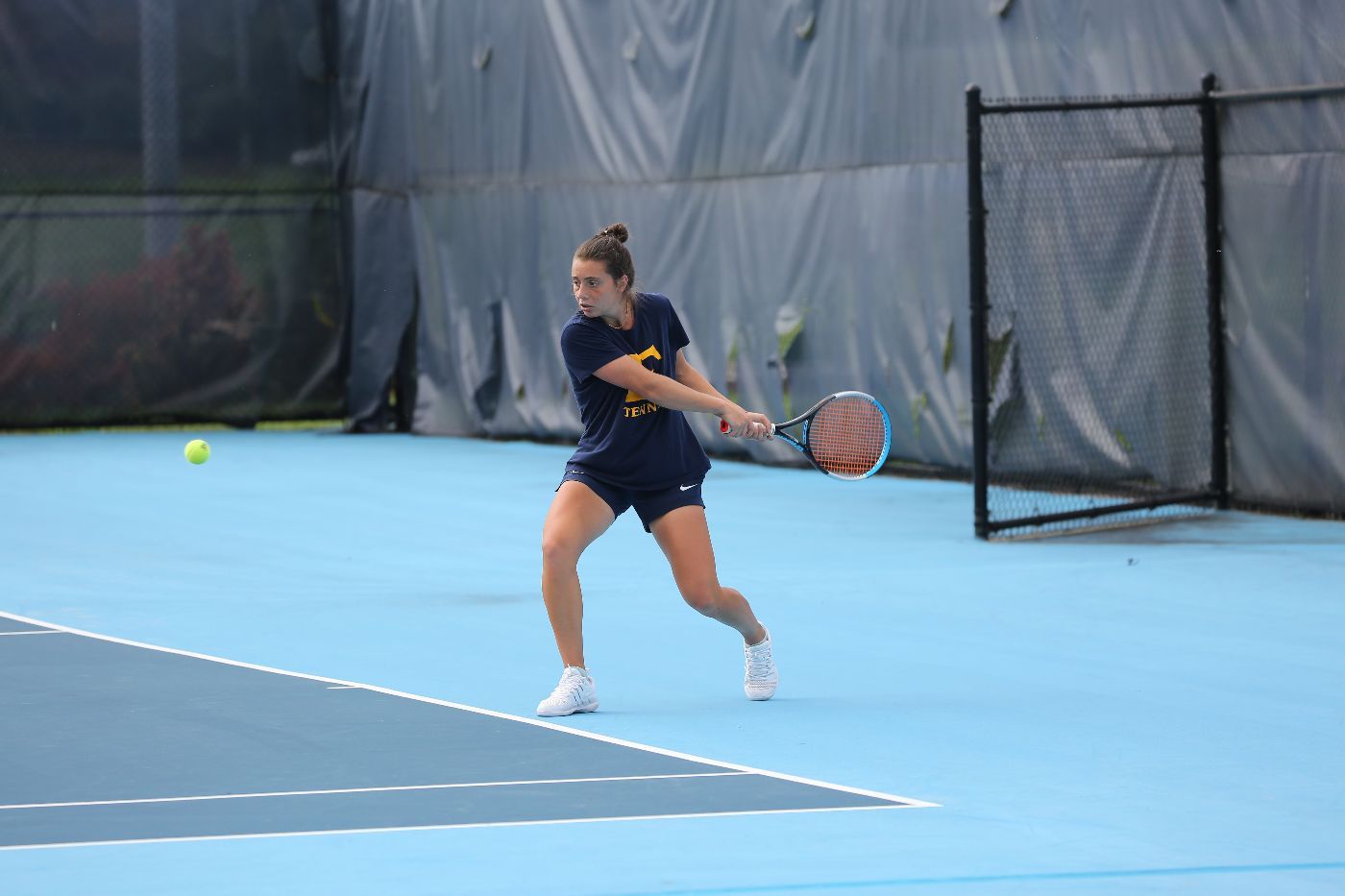 ETSU Falls to No. 32 Furman in SoCon Title Match

Hoover, Ala. (April 24, 2021) – The second seeded ETSU Women’s Tennis team found themselves back in the Southern Conference Championship match for the sixth straight year. The Blue and Gold were unable to upset the 32nd-ranked and top seeded Furman Paladins in Hoover, Ala. on Saturday afternoon. The Paladins defeated ETSU for the second straight week, this time 4-0.

Furman began the match at No. 1 doubles with the 34th ranked duo in the country of Katarina Kozarov and Julia Adams snatching a 6-1 victory. The Paladins took the doubles point as the No. 85 pairing of Madison Dillion and MaryAnn Rompf defeated the Blue and Gold at No. 2, 6-0.

The Paladins won five of six first sets in singles play. ETSU’s lone first set victory came from Emilia Alfaro (Azul, Argentina) at No. 4, a 6-2 win. The SoCon Player of the Year, 17th-ranked Kozarov won the top singles match 6-1, 6-2 over ETSU’s Laylo Bakhodirova to double the Paladin lead. No. 82 Adams added the second point of the afternoon for Furman a few moments later with a 6-4, 6-3 victory at No. 2. The Paladins clinched the championship with a 6-4, 6-4 straight set victory at No. 6.

The Blue and Gold conclude the 2021 campaign with a 13-10 record. With its fifth straight conference title, Furman moves to 21-6 and earns the SoCon’s automatic bid to the NCAA Tournament.