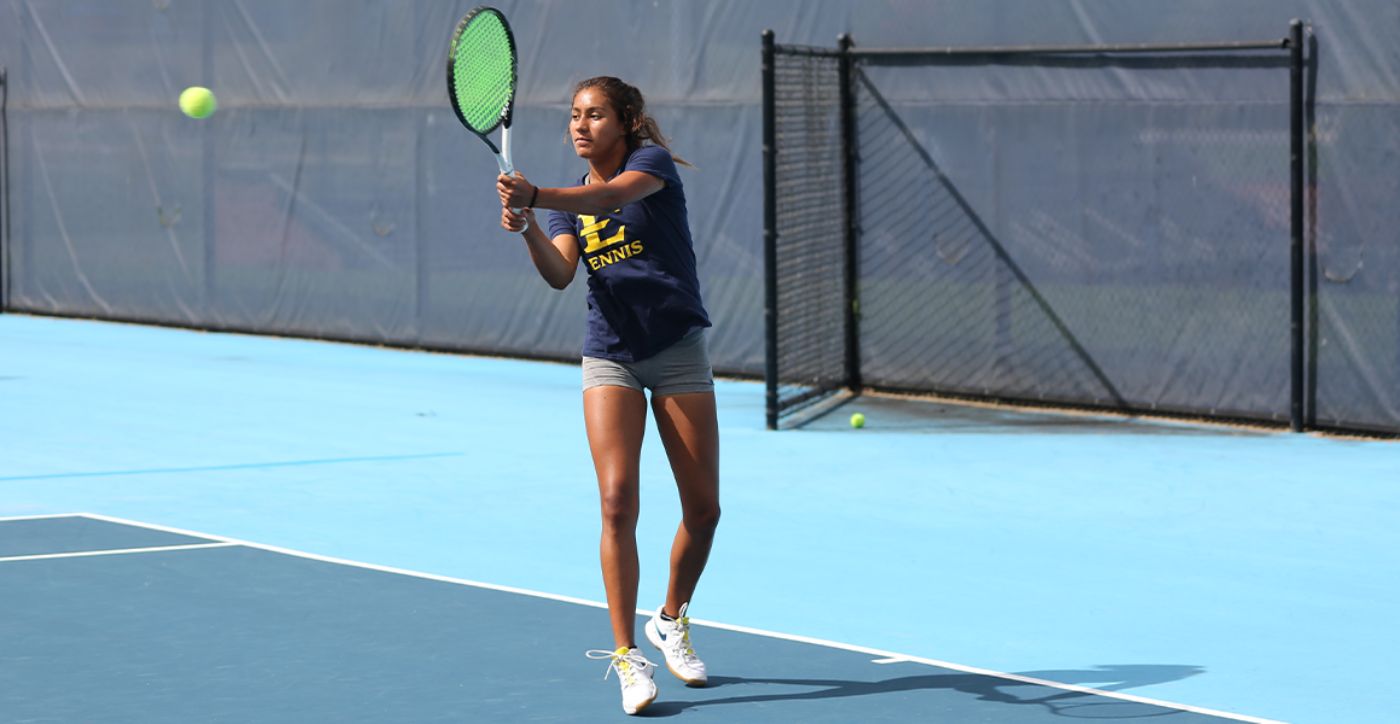 Carvajal was on fire all weekend, only dropping the first doubles match with Senior Yunuen Elizarraras (Cuernavaca, Mexico) to the eventual winners of the outdoor doubles flight in James Madison. She started with a 6-0, 6-1 victory over Virginia Zanotti (BSU) followed by a 6-2, 6-1 win over Sabina Richtrova (VT). Junior Emilia Alfaro (Azul, Argentina) nearly played Carvajal in the finals of that draw, but she fell to Friedland 3-6, 4-6.

The Bucs started hot on Friday, splitting their only doubles matches of the day with Alfaro and Daniela Rivera (Maturin, Venezuela) defeating a pair from JMU and West Virginia State. Laylo Bakhodirova (Tashkent, Uzbekistan) was one of five Bucs to go a perfect 2-0 on the Friday slate of singles matches.

A successful Saturday on the doubles court followed with Carvajal and Elizarraras picking up wins over Liberty and Radford. The two would follow up their great performance against Penn State today with an 8-2 win. Carvajal and Alejandra Morales (Santiago, Chile) were the only ones to record wins in their respective singles draws.

Sunday’s Maroon draw finale not only saw Carvajal take the title, but Alfaro, Bakhadirova, Rivera, Elizarraras each picked up wins in their respective draws.

The Bucs are slated to visit the Mercer Bears in their fall invitational on Oct. 1-3.