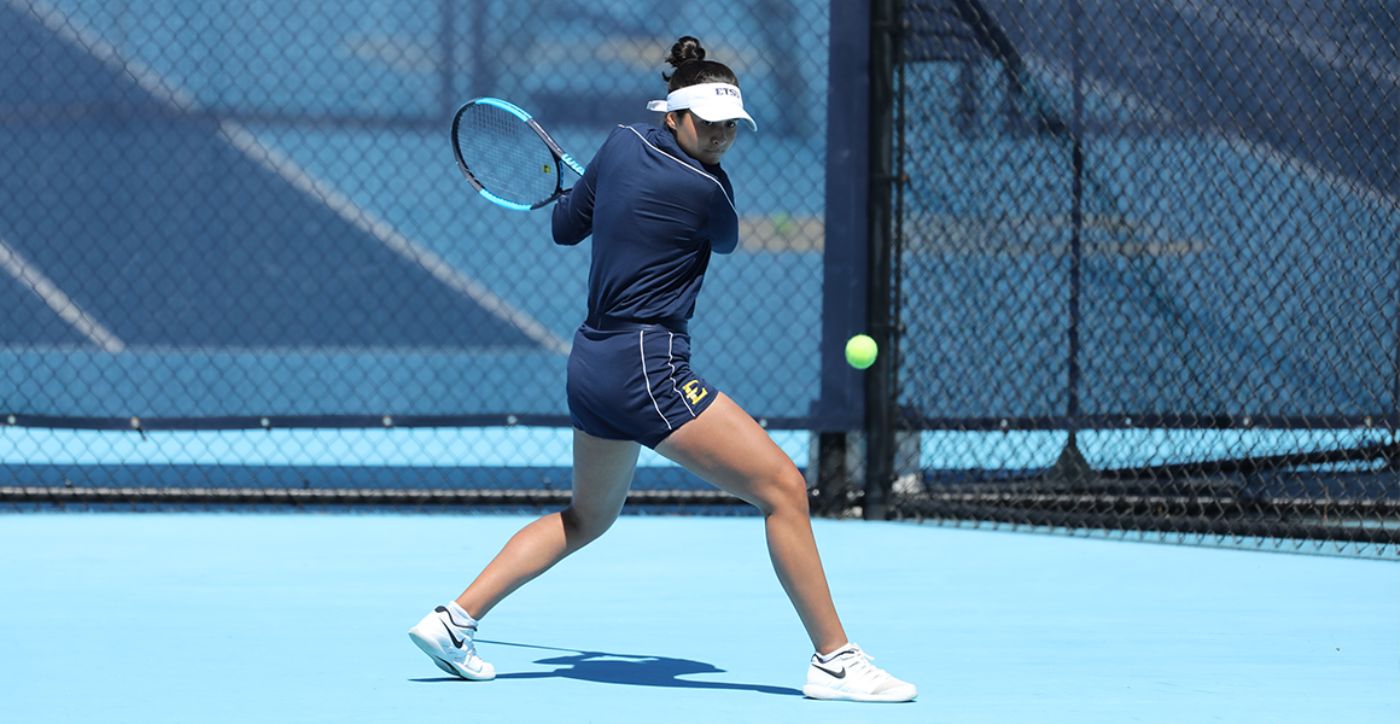 Bakhodirova, Gorbunova go undefeated this past weekend in singles and doubles

CHARLOTTE, N.C. (Oct. 10th, 2021) – With a field of top programs in the nation and three that made the NCAA tournament, ETSU’s women’s tennis team got a taste of top competition this past weekend in North Carolina, going 10-6 in singles play and 6-3 in doubles play in the hidden dual tournament. Laylo Bakhodirova (Tashkent, Uzbekistan) won both her singles matches and three doubles matches with Alejandra Morales (Santiago, Chile). Mayya Gorbunova (Moscow, Russia) won her two singles and doubles matches as well.

The pair of Bakhodirova and Morales knocked off pairs from Liberty, Columbia, and Long Island, a team that represented the Northeast Conference this past spring in the NCAA tournament. Laylo defeated South Carolina’s Misa Malkin in three sets while also taking down Liberty’s Tiffany Nguyen in two. The junior went 5-2 in conference doubles action with Emilia Alfaro (Azul, Argentina) this spring as they both look to continue where they left off.

Maria Fernanda Carvajal (Queretaro, Mexico) came into this weekend undefeated in singles play, but dropped two matches to Charlotte’s Rocio Safont and Clemson’s Ali Despain. Carvajal was able to salvage on singles victory against Columbia’s Shivani Amieni in two sets. She also got a doubles win with Gorbunova over Clemson’s pair of Alexandra Anttila and Sophia Hatton.

Alfaro also had a strong showing across the border with three wins in singles play and one in doubles with Gorbunova. She won all her matches in three sets with victories over Columbia’s Clarine Lerby, Charlotte’s Emma Wilkins, and Clemson’s Sophia Hatton. The junior mainly played at the No. 4 spot during the spring.

The Bucs prepare for ITA regionals in a couple of weekends, as this year’s Ohio Valley Regionals tournament will take place at Middle Tennessee State. The tournament is anticipated to last from Thursday, Oct. 21st through Monday, Oct. 25th.