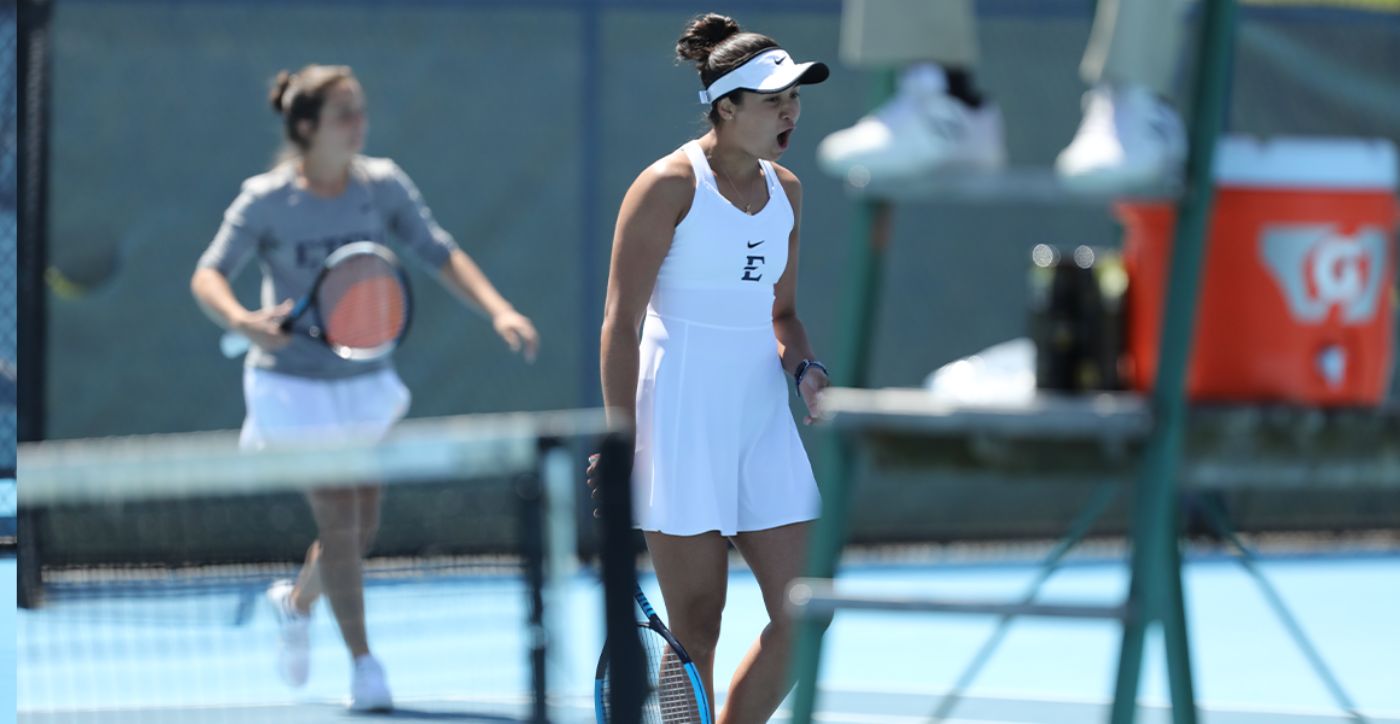 Laylo starts the season 2-0 in singles

JOHNSON CITY, Tenn. (Jan. 21, 2022) – Coming off a heartbreaker in Lexington last weekend, the Bucs flip the page and turn their attention to two ACC opponents: Virginia Tech and #8 NC State. ETSU will take on Virginia Tech Saturday morning, then make the trip to Raleigh to take on the Wolfpack Sunday afternoon.

Live stats for the Virginia Tech match can be found here.

Live stats for the NC State match can be found here.

The Bucs start the season 0-2 after falling in a doubleheader against Kentucky in Lexington last weekend. Laylo Bakhodirova (Tashkent, Uzbekistan) powered singles play by taking down #100 in the nation Carlota Molina 6-2, 6-0 in both matches (Laylo took the second meeting 6-0, 6-2). The pair of Fernanda Carvajal (Queretaro, Mexico) and Yunuen Elizarraras (Cuernavaca, Mexico) opened their season in dominant fashion as the #44 ranked doubles pair won their first match 6-2 and took the second match 6-1. The Bucs start the season 5-7 in singles matches and 3-2 in doubles.

Tomorrow is Virginia Tech’s season opener, and one of four non-conference matches the Hokies are playing at home. The Hokies went 7-17 last season and 0-13 in ACC play after having to play eight ranked conference opponents, including ACC-champion North Carolina. The Bucs have split the last two meetings with the Hokies, taking a 4-3 victory back in 2019 but fell 6-1 in 2020.

The Wolfpack, coming into the weekend ranked #8 in the nation, are coming off an NCAA quarterfinal loss to the reigning national champion Texas Longhorns. NC State starts their season this weekend against two ranked teams before facing the Bucs: #23 Princeton to open the season and #10 Ohio State to follow. The Wolfpack have won the last four meetings with the Bucs, all of which have come in Raleigh.