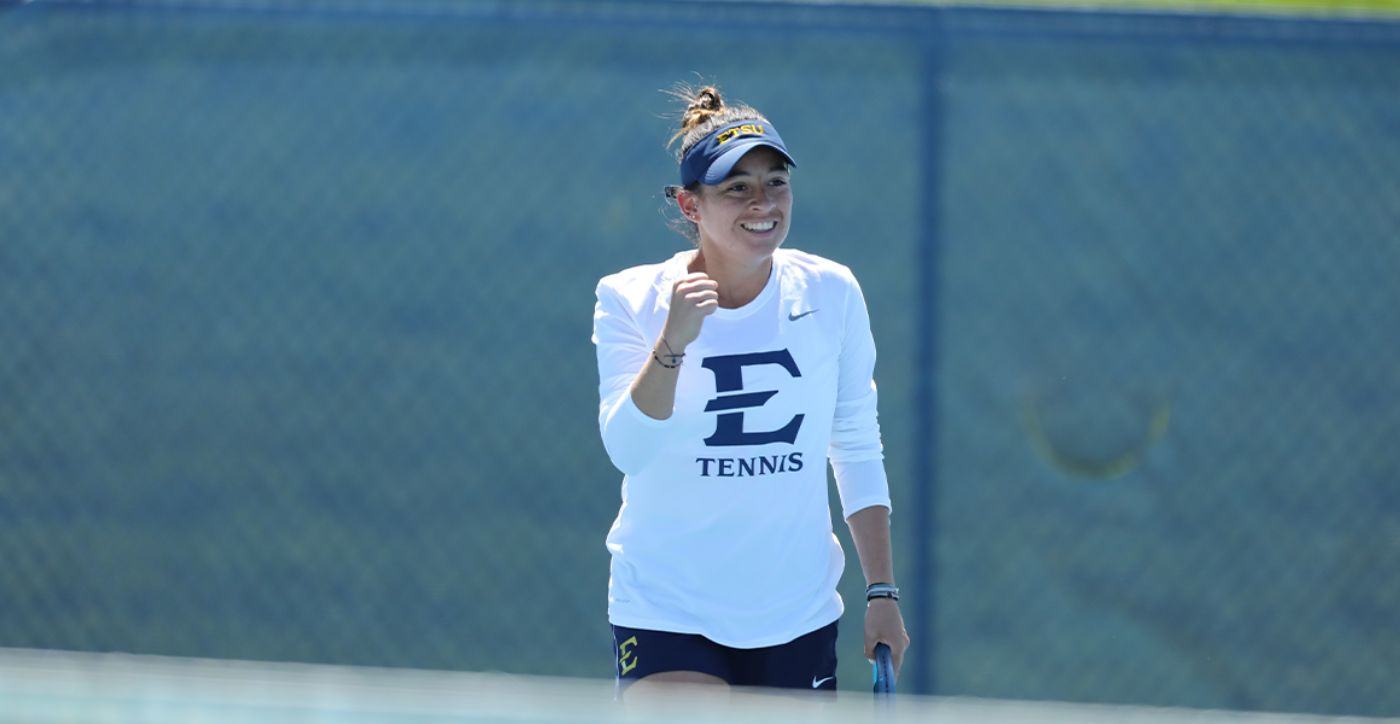 MURFREESBORO, Tenn. (Jan. 28, 2022) – Dominant from the beginning, the Bucs set the tone after taking all doubles flights en route to a 7-0 victory over MTSU in Murfreesboro Friday evening.

Laylo Bakhodirova (Tashkent, Uzbekistan), who earned SoCon Women’s Tennis Player of the Week and SoCon Student-Athlete of the Week this past week, continued to dominate with a 6-2 doubles victory with her partner Alejandra Morales (Santiago, Chile) against MTSU’s Zani Barnard and Love-Star Alexis.

The pair of Yunuen Elizarraras (Cuernavaca, Mexico) and Fernanda Carvajal (Queretaro, Mexico), ranked #44 doubles pair in the country, got back on track with a 6-3 win at the No. 3 flight. Emilia Alfaro (Azul, Argentina) and Daniela Rivera (Maturin, Venezuela) got the sweep in doubles with a 7-5 win in their No. 2 spot.

Rivera and Bakhodirova dominated in their respective flights to get ETSU up early and rolling, with Rivera taking the next point with a 6-1, 6-0 win over MTSU’s Noelle Mauro. This is the first collegiate win for Rivera. Bakhodirova won her match shortly after 6-0, 6-2 against Lee Barnard at the No. 1 flight. Alfaro would come in with the clinch as she took down Zani Barnard 6-4, 6-0 to clinch the match for the Bucs.

Elizarraras and Morales were the only Bucs to go three sets against their respective opponent but both prevailed and the Bucs leave Murfreesboro with wins in every match.

This makes two consecutive wins against MTSU after defeating the Blue Raiders 6-1 last season at home.

The Bucs come back to the Tri-Cities and host the Belmont Bruins on Sunday the 30th at noon.